The former Labour Prime Minister has been torn apart after news Britain will withdraw nearly all its troops from Afghanistan following the US plan to withdraw its troops by September 11, 2021. Mother of a war hero, Caroline Munday, said Tony Blair should not have sent troops there is they were not prepared to go themselves.

Speaking to Sky News, Ms Munday said: "I absolutely hate Tony Blair and I actually wrote to him would he be so sure of this war and committing our guys to this war that he would send his own son, Euan.

"If they're not prepared to go themselves and put their boots on the floor then don't commit our sons and daughters."

There are about 750 British soldiers in Afghanistan who would struggle without US support because of the reliance on US bases and infrastructure. 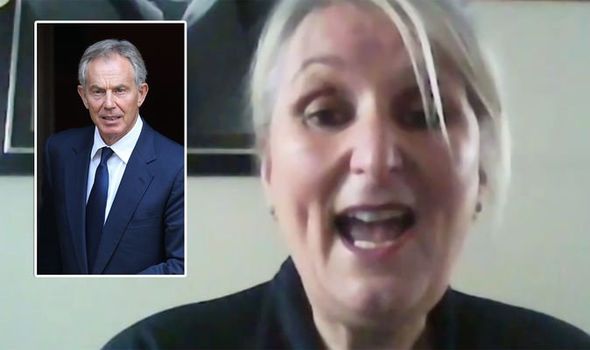 Tony Blair has been told he is 'hated' by a mother of a son who died in Afghanistan (Image: SKY)

Ms Munday added: "I'm angry that the UK was even deployed there and I'm sad to say that I wish I had locked him away and he didn't go.

"You obviously have to respect your children's choices and I was proud of him.

"Ultimately, I'm angry that it probably was for nothing.