TEST and Trace staff left with nothing to do are being released.

The workers spent weeks being trained in a huge government drive.

The scheme launched on May 28 but many have now been let go after a week.

A tracer with outsourcing firm TTEC said: “It’s been a total waste of time — so boring. We’re sat waiting for something to do.

“A lot of the technology hasn’t worked. It’s a mess. We’re being let go with a week’s pay.”

Another tracer who worked for Capita said: “Swathes are being let go.”

Hundreds are thought to be leaving but neither firm commented on figures.

Capita would not comment but a source said those working from home with insufficient technology had made the task impossible.

A woman who quit a public sector job to be a tracer told The Sun on Sunday the scheme is a “shambles”.

She made no calls in ten days and said: “The Prime Minister promised a world-beating service. We are a million miles from that.”

A lot of the technology hasn’t worked. It’s a mess.

The phone app has been delayed and reports suggest the scheme will not be working fully until September.

Rupert Soames, CEO of Serco, which provides 10,000 of the 25,000 tracers, has appeared to flag up concerns in a leaked memo.

He reportedly said: “I very much doubt this is going to evolve smoothly, so they will have plenty of opportunity to say, ‘I told you so’.”

We can also reveal that criminal record and immigration checks have not been carried out on tracers with access to personal data. 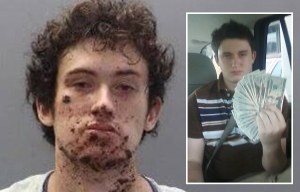 One recruited for Serco said: “If I was a sex offender or a domestic abuser, this could lead me to victims. I’m stunned at the complacency.”

Serco insisted its call handlers undergo right-to-work and DBS checks and are trained on data security.

The Department of Health said: “The majority of call handlers have cleared their DBS checks and the remainder are going through the process.”

Wycombe reached the championship for the first time in 133 years. Akinfenwa (Yes, that Jock from FIFA) is going crazy-he was personally congratulated by Klopp
Manchester City intends to sign Lautaro, alaba and Coulibaly after the cancellation of the ban on European competitions
Griezmann suffered the first muscle injury of his career. Earlier, Barca players were dissatisfied with the medical staff
Barcelona will lose 100 million euros due to the coronavirus. The club expected to make 200 million euros in profit
Police have opened a case against Ronaldo's 10-year-old son. He was self-driving a jet ski (The Sun)
Lampard on the cancellation of city's ban: I Never hoped that an extra team would get into the Champions League
Thibaut Courtois: to take the title, you have to suffer. It is not easy to win every match
Source https://www.thesun.co.uk/news/11801317/test-and-trace-staff-let-go/

The new plastic bottle? How to dispose of face masks in an environmentally-safe way