As many as 70 per cent of US adults are unaware that the sexually transmitted virus carries a risk of cancer.

It comes following research on the human papillomavirus (HPV) at The University of Texas Health Science Centre at Houston School of Public Health.

Experts analysed 3,564 men and 4,697 women and discovered that men are less likely than women to know that HPV carries a risk of cancer.

Two-thirds of men and one-third of women aged 18-26 did not know that HPV causes cervical cancer.

The human papillomavirus (HPV) is a very common sexually transmitted infection which affects at least half of people who are sexually active.

The STI is the most widespread worldwide and four out of five of the population will contract some form of the virus at least once in their life.

In most cases, the body's immune system will fight off the virus and there won't be any need for extra tests, in fact, some people may not even know they contracted it at all.

The HPV infection affects the skin and mucosa (any moist membrane, such as the lining of the mouth and throat, the cervix and the anus).

And different types impact different parts of the body, causing lesions e.g. HPV types 1 and 2 cause verrucas on the feet.

Out of the 100 identified types of HPV, around 40 of them affect the genital areas of men and women, and of these roughly 20 are associated with the development of cancer.

The HPV vaccine can protect against cancers caused by the virus.

The research, which is published in the current issue of JAMA Pediatrics, also showed that of the people who were vaccine-eligible or had vaccine-eligible family members, only 19 per cent of men and 31.5 per cent of women received recommendations for the vaccine from a health care provider.

According to the U.S. Centres for Disease Control and Prevention (CDC), boys and girls ages 9-14 should receive the two-dose immunisation.

A three-dose schedule is recommended if the first dose was given on or after the 15th birthday.

Recently, CDC also recommended that adults ages 27-45 may decide to get the HPV vaccine based on discussion with their clinician.

A 2018 report by the CDC suggested only 51 per cent of those in the recommended age groups were vaccinated.

Ashish A. Deshmukh, PhD, MPH, assistant professor at UTHealth School of Public Health, who led the study, said: "The lack of knowledge may have contributed to low HPV vaccination rates in the United States.

What are the symptoms of the HPV virus?

The majority of infected individuals will have no obvious signs or symptoms, so it is difficult to tell whether someone is infected.

However, as the HPV virus lives in mucous membranes when genital warts show up, that's a good indication of HPV infection.

Genital warts take on many different appearances, they can be raised, flat, pink, or flesh-coloured and can be a single wart or multiple.

Genital warts can take weeks or even months to show up after sexual contact and partners may not even know they have the HPV infection.

The only way to be sure an individual hasn't been exposed to HPV is through abstinence, which is fairly unlikely for people, however the risks can be reduced if you avoid casual sex with multiple partners.

"Our findings demonstrate a need to educate both sexes regarding HPV and HPV vaccination.

And Kalyani Sonawane, PhD, assistant professor at UTHealth School of Public Health, the study's co-lead author, added: "Low levels of HPV knowledge in these older age groups is particularly concerning, given that these individuals are (or will likely be) parents responsible for making HPV vaccination decisions for their children."

Can I get vaccinated against the HPV virus?

The Gardasil vaccine protects against HPV-16 and HPV-18, which combined are responsible for around 70 per cent of cervical cancers.

The vaccine can also protect against HPV-6 and HPV- 11, the two types of strains that cause genital warts.

Up until recently it was only girls aged 12 and 13 who were offered the HPV vaccine as part of the NHS childhood vaccination programme.

However, it has recently been announced that boys of the same age will routinely be offered the vaccination, starting in the school year 2019-2020.

If you have missed the vaccine at that age and you're under the age of 18, you can have the vaccine free on the NHS, but they will need three doses of the jab as it's not as effective in older girls.

The Centres for Disease Control and Prevention recommend that all women ages 26 and younger receive the vaccine and it's not just women - men under 21 should too.

Vaccination against the virus that causes almost all cervical cancer is having a major impact on stopping infections and should significantly reduce cases of the disease within a decade, researchers said on June 26, 2019.

What celebrities have had HPV?

Jeff Brazier has admitted Jade Goody’s life could have been saved if she had been given the HPV vaccine as a teenager.

The tragic Big Brother star passed away in 2009 from cervical cancer when she was just 27.

During an appearance on Loose Women, Jeff opened up about how Jade’s cancer was linked to HPV (human papillomavirus).

When asked if the vaccine would have saved Jade, Jeff replied: “It would have altered the course, almost definitely.”

Jeff was speaking about the difficult subject as he continues to raise awareness of the links between HPV and male cancers.

The link between male cancers and HPV is not well known and that’s what Jeff is trying to change.

Jeff admitted he’d spoken to his and Jade’s eldest son Bobby about the vaccine.

Previously, Melinda Messenger sparked debate when she revealed she won't be giving her 13-year-old daughter the HPV vaccine.

No need to search the web!

What are black widow spiders and can they be found in the UK? 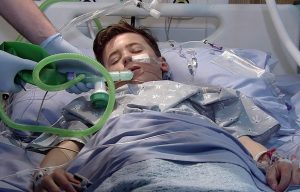 What is sepsis, what are the signs and symptoms and how do you get it? 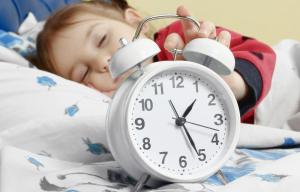 Vagina facelifts are all the rage... here's the lowdown on the procedure

Kendall Jenner has a fear of HOLES - but what is this bizarre phobia?

How do you develop a cauliflower ear and can Khabib Nurmagomedov reverse it?

The former glamour model caused controversy on This Morning, forcing Holly Willoughby to rush to her defence.

I'm A Celebrity presenter Stacey Solomon has previously admitted that she contracted the HPV virus from an ex-boyfriend, leaving her at risk of cervical cancer.

The singer, presenter and reality TV star spoke out on Loose Women, revealing she has to have smear tests every six months to make sure her cells haven’t mutated.

Real Madrid: Casillas will always be a Real Madrid player. The best goalkeeper in the history of Spain
In Spain, complete chaos: Espanyol refuses to fly out of La Liga, Depor and all the others - from Segunda
Ferran Torres passed a medical before transferring to Manchester City and signed a contract until 2025 (Fabrizio Romano)
Emmanuel Adebayor: Mourinho is the best coach in the history of football
Casillas announced his retirement
De Gea has found a double-the coach of Scottish Ross County. In his team, 19% of the players are called Ross – even all the goalkeepers
Ancelotti on the recipe for winning the Champions League: unconsciousness of actions, luck and courage
Source https://www.thesun.co.uk/news/9938725/hpv-oral-anal-penis-cervical-cancer-docs-warn/