MICK CHANNON was hooked when he won £100 from a £6 bet and the bookies didn't have enough cash to pay him out.

That moment sparked a lifelong love affair for the former England striker - who could strike it rich again at next month's Cheltenham Festival.

Mick is used to dealing with sums in the millions rather than hundreds these days.

Paddy Power: New customers only. Place your FIRST bet on any sportsbook market and if it loses we will refund your stake in CASH. Max refund for this offer is £20. Only deposits made using Cards or Apple Pay will qualify for this promotion. T&Cs apply. Paddy's Rewards Club: Get a £10 free bet when you place 5x bets of £10+. T&Cs apply. 18+ Begambleaware.org

The 72-year-old has enjoyed a remarkable second career as a horse trainer since hanging up his boots.

Southampton's record goalscorer, who netted 21 times in 46 England appearances, was famed for his windmill celebration.

Fans saw it enough times during his 22-year career, which included spells at Manchester City, Newcastle and Norwich.

He scored 236 times in all and was part of the Saints side that delivered one of the biggest FA Cup upsets ever when they stunned Manchester United 1-0 at Wembley in 1976.

But always lingering in the background was a passion for horses.

It never escaped. Mick would ask commentators for the results at half-time. 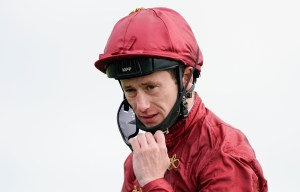 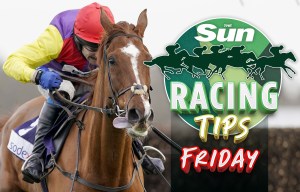 Templegate NAP can take advantage of drop in class at Exeter 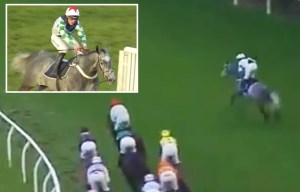 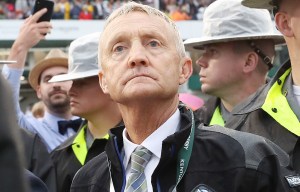 Trainer yet to get £7.3m winnings due to alleged role in mass doping scheme 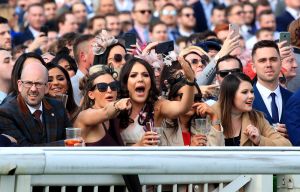 That horse, Cathy Jane, lit a flame and her son, Man On The Run, was co-owned by Mick and Kevin Keegan.

Although Keegan didn't have the golden touch like Mick did, the pair enjoyed days out at the track together.

Mick recalled: "I got him along to the races. Our horse came stone last, so we got drunk on champagne."

But soon things turned more serious and when Mick retired from football in 1987 he turned his full attention to racing.

That came after some stern words from brother Phil and friends, who, according to Mick, told him to 'get off his a**e and stop feeling sorry for himself'.

Soon he was scoring for more frequently on the track than he ever was on the pitch.

By the early 2000s he was one of the top trainers in England.

At one point he had enjoyed more winners than the late Sir Henry Cecil and John Gosden - whose horse Mishriff won the world's richest race just last weekend.

By the time he was established at West Ilsley stables near Newbury - once owned by The Queen - he had nearly 200 horses under his watch.

Bought for £33,000, he went onto win almost £4million, finishing runner up three times in the Prix de l'Arc de Triomphe from 2007 to 2009 and twice second best in the the King George Stakes at Ascot.

The horse cemented straight-talking Channon's position as one of the best trainers in the business.

And he provided joy during an awful time in 2008 when Mick was involved in a car crash that tragically took the life of his friend Tim Corby.

The footballer-turned-trainer achieved a lifelong goal when he won a Classic race with Samitar in the Irish 1000 Guineas in 2012.

But that was not to be the end of it all.

Mick remains as busy as ever now, with more than £2.6m won from his horses in the past five seasons.

Certain Lad has been one of the standouts recently, with Hollie Doyle riding him to York success and a £28,355 prize at York last August.

Former Festival winner Mister Whitaker is entered again for next month's showpiece, as are Glen Forsa and Hold The Note.

Another big day beckons for Mick on the biggest racing stage of them all.

So even if he stopped the windmill celebration long ago, that doesn't mean punters can't when winning from his horses.

Vardy snapped an 11-game unbeaten run for Leicester. He has not scored for so long since December 2016
Iheanacho has scored 11 goals in his last 8 games at Leicester. In March, he was the player of the month in the Premier League
Gary Lineker: I would like VAR to go to the same place as Super League
Zlatan has extended his contract with AC Milan for a year. The Swede will be 40 years old in October
Atletico midfielder Llorente shares the lead with Aspas in the list of La Liga assistants. He has 21 (11+10) points in 31 matches
Atletico won 2 matches in a row for the first time since January. He is 3 points ahead of Real Madrid
President of Fiorentina: Closed leagues are the worst thing that can be created in Europe. In the United States, they only think about saving money