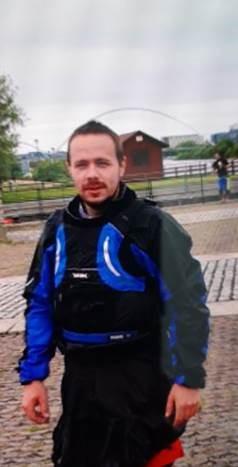 POLICE are urgently appealing to trace missing 31-year-old who has gone missing from Billingham.

James Hallis who was last seen in the area yesterday evening, Thursday August 13.

Mr Hallis is described as 5ft 8” tall, with short, cropped brown hair and a tattoo on his left arm. He was last seen wearing a grey T-shirt and grey tracksuit bottoms.

The man is believed to be travelling in a black Audi A3, possibly headed towards the Middlesbrough area.

Officers are concerned for Mr Hallis' welfare and would ask the man himself, or anyone with information regarding his whereabouts, to get in touch with them as a matter of urgency on 101, quoting event number 131978.

Tiago Silva: At 35, players leave the Premier League, and I'm just starting out. This is the most difficult League
Barcelona will pay Suarez half of the salary for the remaining year on the contract (Onda Cero)
Manchester United will not pay more than 25 million euros for Teles. The player hopes that the deal will be finalized this week
Morata's transfer to See is agreed. Tomorrow he will fly to Turin and sign a contract
Pamakana Interesting man UTD
Karasev is scheduled for the young boys-Tirana match in the Europa League
Les Ferdinand: the Decision to take a knee was very powerful, but its impact has decreased. The message is lost
Source https://www.thenorthernecho.co.uk/news/18650771.seen-31-year-old-missing-billingham/?ref=rss

Labs found novichok in and on my body, says Alexei Navalny

School closes due to positive coronavirus cases across year groups

Confusion and contradiction as questions raised over Blackpool lockdown strategy

Blantyre Vics boss warns pre-season tests will only get tougher