WITH two FA Cup winners’ medals and more than 50 caps for his country, Glenn Hoddle was one of the most gifted footballers of his generation.

And he proved he has lost none of his skills to bamboozle, fooling the country as the man behind The Masked Singer’s Grandfather Clock.

But the 63-year-old former Tottenham player and England manager reveals he only took the role on the ITV series because of a brush with death two years ago.

Glenn “died for 60 seconds” after suffering a heart attack in the BT Sport studios on his 61st birthday.

His life was saved by a colleague using a defibrillator, before he eventually had quadruple heart bypass surgery.

He said: “Looking back at what happened, there’s certain things in my life where I think, ‘yes, if I get an opportunity I’m going to do it’.

“When this opportunity came up that was one of the reasons why I did it. I thought, ‘Why not?’.

“With what happened to me, I’m lucky to be here. Why not experience all these things?

“And that was part of the judgment on whether to go on The Masked Singer or not.”

Glenn, who performed covers of Bill Haley’s Rock Around The Clock and Frank Sinatra classic You Make Me Feel So Young in front of judges Mo Gilligan, Davina McCall, Rita Ora and Jonathan Ross, was the fourth celebrity to be eliminated from the series on Saturday.

Previously out the door were singers Sophie Ellis Bextor and Mel B and actress Martine McCutcheon.

All have spoken about how wearing the elaborate costumes is an uncomfortable experience, with claustrophobia and breathing problems.

But with Glenn’s health issues, it would have been an even bigger concern.
He said: “I was slightly worried but I had to push that to the back of my mind. It was so difficult under that mask.

“What made me really laugh in the first show, when I was doing Rock Around The Clock, was that on Jonathan’s mic he said to somebody, ‘He’s running out of breath’, and you know what, he was right. I was running out of breath, it was so hot under there and it was difficult to breathe at times. I had to be aware of my heart.

“But thankfully I felt OK. And if there had been any doubt, I wouldn’t have taken any risks.

“But that was the thing, you don’t know until you get in that position, when you put the big head on.”

The Masked Singer has become a prime-time Saturday night must in lockdown, with more than six million viewers an episode.

Each week the masked celebrities belt out a tune dressed up as their character while the judges guess: “Who’s that behind the mask?”

One famous face is revealed and eliminated at the end of each show.

While none of the judges called that Grandfather Clock was dad-of-three Glenn, his young grandchildren believed it was their “Popa” all along.

He said: “The judges didn’t get me so that was good, that was a bonus.

“But little Teddy and Rosie said it straight away. They both looked at the Grandfather Clock and said, ‘Is that Popa? That could be Popa!’.

“And when I was revealed, my step-grandson Jack just turned around to everyone and said, ‘I told you so, I told you’. The Grandfather Clock was just perfect for them.

“It was absolutely worth it to see how my grandchildren reacted. Incredible seeing their little faces.”

He may be a grandad himself, but fans on Twitter have been swooning over how “hot” he looked once he revealed himself.

Even Strictly: It Takes Two host Zoe Ball admitted she has the hots for him, comparing him to Brad Pitt.

Asked what he thought about his new “stud status”, a laughing Glenn said: “I’m not so sure about that.

“I don’t think my daughters and my son will be thinking that for one minute — and my grandchildren.

Glenn, who won the French league title with Monaco, went on to manage clubs including Chelsea, Southampton and Wolves. He also managed England at the 1998 World Cup before being sacked a year later after controversial comments about disabled people.

The ITV and BT Sport pundit proved himself to be quite the singer on this year’s series, but he has form. In 1987 he reached No12 in the charts with single Diamond Nights with former Spurs and England team-mate Chris Waddle.

They are not the only ex-footballers who can hold a tune.

And Glenn revealed there were plenty of other players who could hold a tune after matches.

He said: “I was forever putting on Eagles on the coach when we were coming from games. And when we’d had a good win, we’d be down the back there singing Eagles, Billy Joel, Elton John and all that stuff. We always had a good old sing song. Alan Brazil was good.

“I’ve heard Ian Wright sing, he’s got a good voice, he could go on The Masked Singer.

“I think one of the judges said that they thought it was Ian Wright under the Grandfather Clock.”

So could they get a gang together and record some tracks?

Glenn said: “That’s an idea, isn’t it, something to think about. There’s quite a lot of footballers — Ally McCoist’s got a really good voice. It could be a fun thing to do, without a doubt.”

Pal Waddle may not have got in touch yet for a new duet, but Glenn has been inundated with messages since leaving the show.

He said: “Within 15 minutes I must have had well over 100 text messages coming in from all over the place, all different people I haven’t heard of for years.

“It took a while to get back to everyone.

“There were a lot of old players I haven’t seen for a while and about four of them said, ‘I can’t believe it wasn’t an Eagles song that you sang!’.

“Johnny Pratt, somebody that coached me as a kid when I played with him at Tottenham, and Peter Taylor, and all these guys were getting in touch.

“It was people I hadn’t seen or spoken to in so long, so that was really nice. It was lovely, it was refreshing.”

While Glenn says that he “loved the experience”, he wasn’t prepared for how hard it would be.

He said: “It was nerve wracking at times. I’ve got to say, singing live, it’s not something that you’re used to doing, but it was really good fun.

“I said to my agent, ‘if there’s ever any singing competitions, I’d go in’. I’ve been asked to do the jungle and all sorts of different things over the years, but I said anything with singing I might actually think about it. 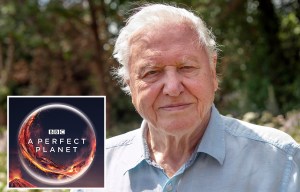 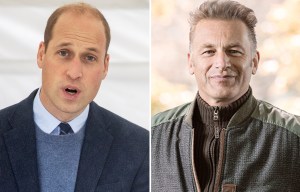 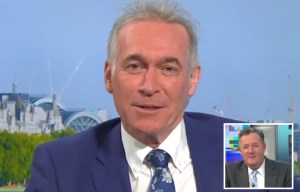 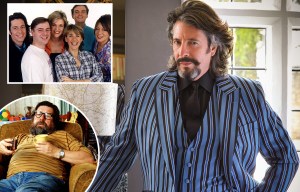 I knew I was famous when Jim Royle called me a Nancy Boy, says Laurence 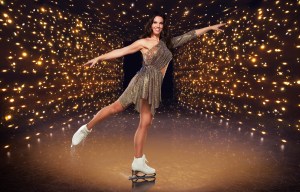 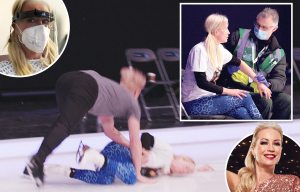 “I’ve always got my music on, every minute of the day. If I get in the car it’s always music.

“But the thing was I was in the kitchen, in the lounge, in the car practising my songs, singing away, and that felt quite good. But you don’t know what it’s like until you put this great big head on and have the heat and claustrophobia.

“I missed a trick really, I should have practised with a massive great big cardboard box on my head, in the kitchen and walking around the lounge . . . maybe not driving.”