George Floyd was ‘murdered’ but whodunnit?

The death of George Floyd has been televised the world over. But who to blame for what his alleged murder? The Telegraph leads with Donald’s Trump’s role in the story. “Trump race row as police officer is charged,” runs the front-page headline. ‘George who?’ ask Tele readers.

Trump says Mr Floyd deserves “justice”. He also says that “looters should not be allowed to drown out the voices of so many peaceful protesters”. And he also guffed: “”When the looting starts, the shooting starts.” Which sounds like a threat and a glorification of violence, no? 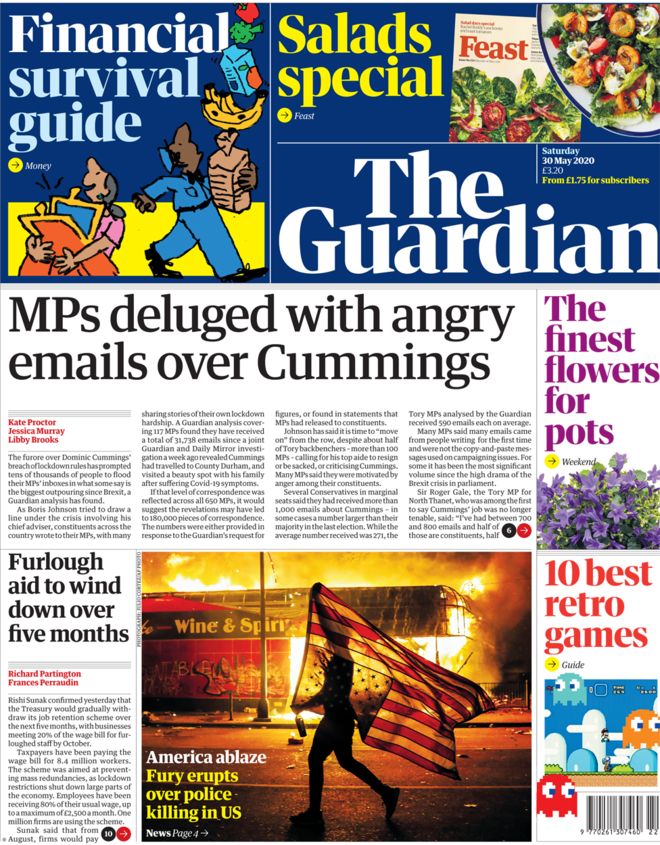 Anger or Fury? Or salad?

The Guardian says it’s “America blaze“. “Fury erupts over police killing in US.” A police officer was killed? No. A police officer named Derek Chauvin (44; armed; white) thought it fair to place his knee onto the neck of George Floyd (46; unarmed; handcuffed; complaining of being unable to breathe; suspected of cheque fraud; black) for little under nine minutes. If the video of the incident doesn’t make you angry, you may need to check your angle. 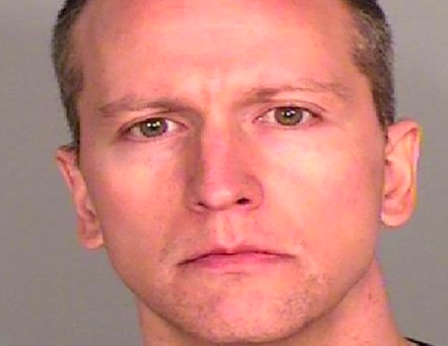 Derek Chauvin has been charged with third-degree murder and second-degree manslaughter. Hennepin County Prosecutor Mike Freeman says, “This is by far the fastest that we’ve ever charged a police officer.”

Are the police contrite?

Klopp on players who have played less than 5 matches: They will receive a gold medal. If you are not from the Premier League, something from me
Messi may move to Manchester City (Fox Sports)
Salihamidžić on the transfer San to Bavaria: It can make the difference in the game. Now we have top-level variability on our flanks
Cavani is close to a contract with Roma
Balotelli can move to Boca juniors
Rummenigge on Havertz: Bayern will not pull his transfer this year
Bayer sports Director Feller on Havertz: We agreed that if possible, he could leave this summer
Source https://www.anorak.co.uk/462008/keyposts/george-floyd-was-murdered-but-whodunnit.html