GARY Lineker has today shared a heartfelt letter from the "brilliant" refugee who said he "feels like his family" after staying in his mansion.

The Match of the Day host, 59, uploaded the emotional note from the refugee, known only as Rasheed, after he moved out following his stay in his £4million pad.

The former England striker said the "letter alone made it worthwhile" and thanked Rasheed for giving his family a "different perspective on life".

Lineker, said to be worth more than £40million, selflessly gave up one of his five bedrooms and vowed: "I'll definitely do it again."

In his letter, Rasheed thanked the star for his stay in his “beautiful” West London home, adding he “can never forget” his hospitality.

Rasheed wrote: “Dear Gary Lineker, when I was moving to your home, I was worried that you might be unfriendly and conservative but it was all reverse what I thought.

“During my stay at your beautiful home, I never felt that I am a stranger or guest but it seemed to me as if I am a member of your family.

“I can never forget your hospitality, love and company that you and your lovely respectful children gave to me.

“There is a saying in Balochi language, that if you give me a glass of water, I owe you in my entire life. In fact you did more. Best wishes, Rashid.”

Lineker added: "This letter alone made it worthwhile. Thanks Rasheed for giving such a different perspective on life to both myself and my boys.

“Thanks too to @RefugeesAtHome for helping to make this happen. It was a hugely positive experience and I will definitely host again.”

I can never forget your hospitality, love and company that you and your lovely respectful children gave to me."

Lineker also said that the stay had been “fascinating” and a “real education” for his sons, George, Harry, Tobias and Angus.

Speaking to GQ, Lineker added: “It's been fascinating and a real education for my boys as well.

“And he was brilliant with them. I'll definitely do it again.”

In August, Lineker was challenged by a Tory MP to offer his townhouse to refugees after accusing him of "virtue signalling" over the migrant crisis.

He added: “The strange argument was ‘Why don't you have them in your house, then?’

“Having had that constantly thrown at me for years, I thought, ‘Why wouldn't I?’ My kids are all grown up now, they're all in their twenties.”

The BBC host began campaigning for refugees after the death of Alan Kurdi - a Syrian child who drowned near Greece in 2015.

And news of a Sudanese man dying while attempting to cross the Channel, prompted him to take action. 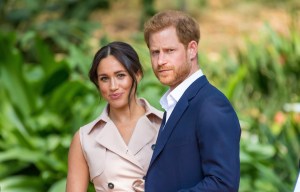 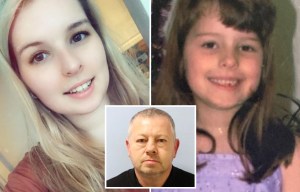 It's your DUTY to snitch on neighbours breaking Covid rules, police chief says

He said: "It was seeing the images of what was happening when they were going in the boats and landing in Greece, seeing families dying, it just struck me as so intolerably sad.

The sportsman added: “Can we make it clear that not everyone in this country is heartless and completely without empathy.

“These poor people deserve the help of their fellow human beings.”