FIRED Trump lawyer Sidney Powell has released her “Kraken” lawsuits in Georgia and Michigan – and claims that Iran and China rigged the election for Joe Biden.

Powell shared a link late on Wednesday to the lawsuit she said she filed in Georgia, a state that Biden beat President Donald Trump by nearly 12,000 votes.

Trump’s legal team recently distanced itself from Powell after she claimed that Trump lost Georgia because Republican Governor Brian Kemp had been bribed to throw the result.

"Georgia's probably going to be the first state I'm gonna blow up and Mr Kemp and the secretary of state need to go with it," she said on Saturday, vowing that the lawsuit she was about to file in the state would be "biblical."

Days before that, Powell claimed that Democrats had rigged the election with the help of dead Venezuelan leader Hugo Chavez and a cabal of international communists, alongside Democrats and Republicans.

Powell is a longtime supporter of the QAnon conspiracy theory and is former National Security Adviser Michael Flynn’s lawyer.

The president pardoned Flynn on Wednesday after he pleaded guilty twice to lying to the FBI.

She said her allegations have been proven by witnesses, witness experts, “and the sheer mathematical impossibilities found in the Georgia 2020 General Election.”

The Georgia suit is riddled with typos, with one of the first being “United States Districct Court” and the next being “Northern Distrcoict of Georgia, Atlanta Division.”

The Michigan lawsuit read that it was filed in the “Eastern Distrct of Michigan.”

In the Michigan filing, Powell similarly claiming that Trump lost the state because of a massive, widespread voter fraud effort.

The documents target elected officials in both states and claim that forged ballots made an impact on the election, and that observers were not allowed to watch votes being counted.

She repeated her claims that Chavez, who did in 2013, was responsible for rigging voting machines in the states in Biden’s favor.

“Smartmatic and Dominion were founded by foreign oligarchs and dictators to ensure computerized ballot-stuffing and vote manipulation to whatever level was needed to make certain Venezuelan dictator Hugo Chavez never lost another election,” she wrote.

“A core requirement of the Smartmatic software design was the software's ability to hide its manipulation of votes from any audit."

She claimed that the machines used in the election were connected to the internet and allowed for “ballot stuffing,” meaning there were more votes than the number that were actually cast.

Powell also claimed that both China and Iran used voting systems seen throughout the US to rig the election.

"As explained and demonstrated in the accompanying redacted declaration of a former electronic intelligence analyst under 305th Military Intelligence with experience gathering SAM missile system electronic intelligence, the Dominion software was accessed by agents acting on behalf of China and Iran in order to monitor and manipulate elections, including the most recent US general election in 2020," she wrote.

Powell alleged that 96,000 votes cast in Georgia for Biden were “illegal votes.”

Both Georgia and Michigan have certified their election results – and Biden, now the president-elect, has been declared the winner in both states.

Despite lawyers like Powell, Rudy Giuliani, Jenna Ellis, among other Republicans, claiming that Trump lost because of voter fraud, no one has provided any evidence to back up their claims that they say would flip Biden’s election win.

"When we kept pressing, she got angry and told us to stop contacting her," Carlson said in the Thursday segment.

"When we checked with others around the Trump campaign, people in positions of authority, they told us Powell has never given them any evidence either, nor did she provide any today at the press conference."

“The Kraken,” or Powell’s lawsuits, came about during a recent Fox Business interview.

Powell claimed to host Lou Dobbs that Trump’s team had huge amounts of evidence that she claimed would overturn Biden wins in battleground states.

“We are talking about hundreds of thousands of votes,” she said. “President Trump won this election in a landslide.”

Trump's lawyers, however, denied last week that Powell was part of the president's legal team. 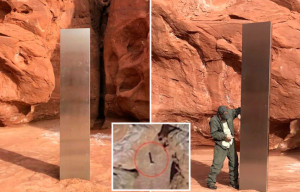 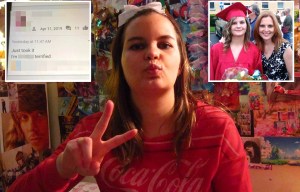 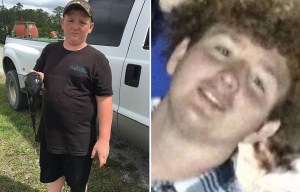 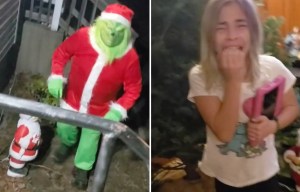 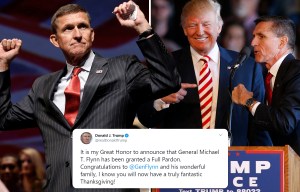 "Sidney Powell is practicing law on her own. She is not a member of the Trump legal team," Giuliani and Ellis said in a statement.

Biden won the election by more than 80million votes to Trump’s 73million – both record-setting numbers.

Sidney Powell: 'We are going to clean this mess up now. President Trump won by a landslide'

Alaba is almost real. It seems that instead of Ramos: Sergio will not be able to replace directly, but will affect the team through a change in style
Alaba's father on Real Madrid: The contract has not been signed, the decision has not yet been made. There are other clubs
Alaba has not yet agreed with Real Madrid. The player is in talks with Barca, City, Manchester United and PSG
I'm the girl who lost her mother. The Athletic forward received a touching letter after the winning goal in the Super Bowl
Atletico want to extend Simeone's contract until 2024. The coach is ready to reduce the salary due to the crisis
Liverpool and PSG offered contracts to Alaba, but the player chose Real Madrid. He dreamed of playing for Madrid
I believe in Zlatan. Ibrahimovic asked about Milan's chances of winning the Scudetto
Source https://www.thesun.co.uk/news/13306336/trump-biden-georgia-michigan-lawsuits-sidney-powell-fraud/