PROSECUTORS have released a new photograph they say shows the moment a Capitol Hill rioter stole Nancy Pelosi's laptop from her office in a plot to sell it to Russia.

The new snap is alleged to be from 22-year-old rioter Riley Williams' camera phone showing the moment the House Speaker's laptop was stolen during the January 6 riots.

Williams' former boyfriend told investigators that the Pennsylvania care worker stole the HP machine and 'attempted to sell it to Russians'.

The ex, referred to in court documents as W1, told investigators that friends of Williams had played him a video that showed her stealing the device.

Riley June Williams, 22, of Harrisburg, Pennsylvania, was seen on video taking part in the Capitol Hill siege and directing other rioters, the Department of Justice alleges.

On Tuesday prosecutors filed an amended complaint, adding an additional charge of aiding and abetting theft of government property.

Williams could be sentenced to ten years in prison for that charge.

The amended documents included a screenshot of a four-second video found on a cell phone, which investigators had obtained on Monday.

In the clip, prosecutors say, the person holding the cell phone camera is standing, angling the camera down toward a wooden desk with an HP laptop.

Prosecutors believe Williams is the person holding the phone.

The FBI special agent investigating Williams' case said that the voiceover for the clip matched that of Williams, as seen in footage from Britain's ITV News.

The agent stated: 'A female voice that I believe to be Williams' based on my review of the ITV YouTube video described above can be heard saying, 'Dude, put on gloves.'

'Next, what appears to be a man's arm then reaches toward the laptop, with a black glove covering his hand, and begins to lift the laptop off the table.

'There is text across the video clip that reads: 'they got the laptop.''

The prosecution document continues: "Given how loud Williams' voice is, it seems likely that she was the one holding the cell phone camera."

Messages which prosecutors say were from Williams read: 'I stole s*** from Nancy Polesi (sic).'

Another read: 'I domt care I took Nancy Polesis hard drives I dont care kill me.'

Pelosi's deputy chief of staff, Drew Hammill, tweeted two days after the attack that a laptop stolen was from a conference room that was used for presentations.

In a court affidavit detailing the allegations, FBI agent John Lund said a former romantic partner of Williams told the agency that, during the riots, Williams had taken either a laptop or a hard drive from Pelosi's office.

The former partner - named only as W1 - also said they had been played a video by other associates of Williams that showed her taking the item.

“[Witness 1] stated that Williams intended to send the computer device to a friend in Russia, who then planned to sell the device to SVR, Russia’s foreign intelligence service,” court documents allege.

The plan reportedly did not go ahead for reasons that are not clear.

Williams was charged with entering a restricted building and disorderly conduct after footage from inside the Capitol showed her appearing to direct other rioters.

Police said Williams fled the Harrisburg apartment she shares with her mother but was arrested in central Pennsylvania, CBS3 reports.

"According to local law enforcement officers in Harrisburg, Williams’ mother stated that Williams packed a bag and left her home and told her mother she would be gone for a couple of weeks," the affidavit says.

"Williams did not provide her mother any information about her intended destination."

Pictures from after the riots showed a number of offices inside the Capitol - including Pelosi's - ransacked.

"This matter remains under investigation."

Police said she was arrested in central Pennsylvania on Monday night.

The affidavit stated that the staircase shown leads towards Pelosi's office.

Pictures also show Williams at some point before the riots holding a large rifle and wearing a skull-themed face mask.

Speaking to investigators, Williams's mother reportedly identified her in the clip and said she had recently developed an interest in MAGA politics and begun using "far-right message boards". 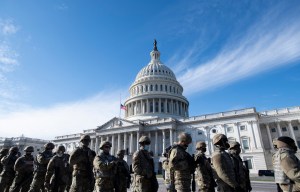 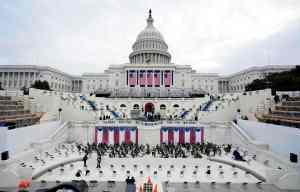 What time is Joe Biden's inauguration in the UK and how to watch live? 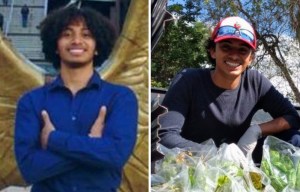 Boy, 18, dies after getting Covid a SECOND time after attending a party 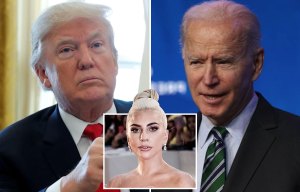 Trump 'furious' after A-listers who snubbed his inauguration attend Biden's 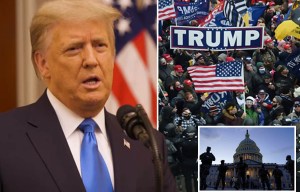 Influencer ‘was strangled to death’ before naked body found on roadside

On January 11, Williams's mother also filed a suspicious persons report against W1, although the details of that report are not known, the affidavit says.

At least 125 people have so far been arrested and charged over their role in the riot at the Capitol building on January 6, including one man pictured with his feet up on Pelosi's desk.

Those arrested face charges from curfew violation and entering a restricted building up to theft and unauthorised possession of a firearm.