Spoiler alert: this article contains details about seasons one to eight of Spiral, which concludes in the UK on BBC Four on Saturday.

How do you sum up Spiral, a show that – over the course of eight seasons and 86 episodes – has evolved from a buzzy breakout hit to a long-in-the-tooth warhorse? To heap effusive praise on the knotty Parisian crime drama would hardly be in keeping with its perpetually overcast mood. But as its final double bill looms this week, the series known in its homeland as Engrenages is certainly deserving of more than an oblique Gallic shrug.

When it made its UK debut in 2006, Spiral offered a bracingly unvarnished look at the dark underbelly of the City of Light, a place where unspeakable crimes were investigated by cops who waded deep into moral murk and rarely emerged untainted. The plainclothes CID squad – led by the prickly, single-minded Laure (Caroline Proust) – had cowboy swagger to match their handguns, routinely riding roughshod over procedure in their pursuit of justice. Since those early days, heavy-set brawler Gilou (Thierry Godard) has consistently blurred the line between cop and criminal; season eight has seen him play to those strengths by going undercover with a violent, predatory gang, putting yet more stress on his complex relationship with Laure. 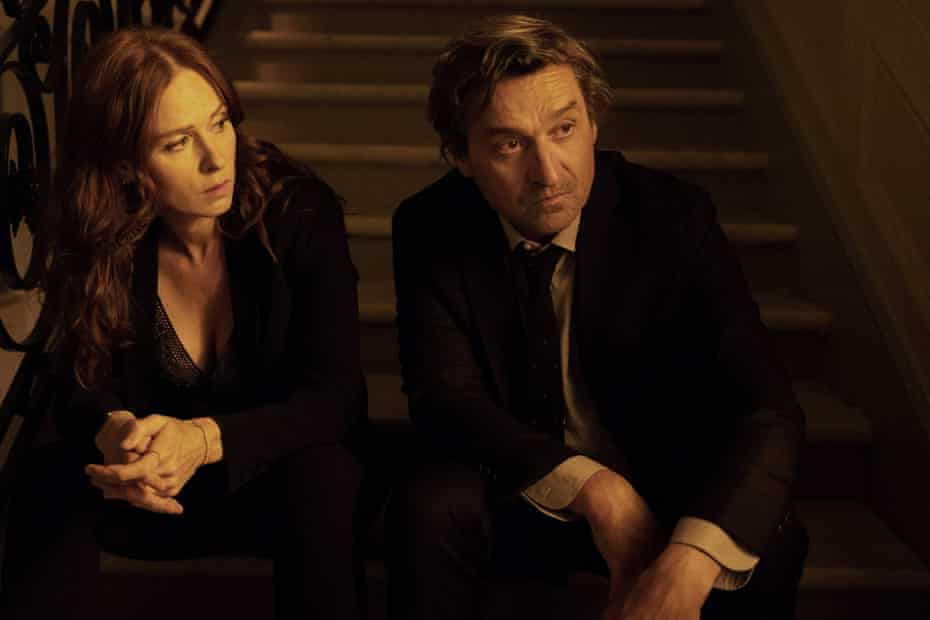 If the wayward CID cops generate Spiral’s thrilling street-level energy, its legal characters exist in a slightly more rarefied – if no less cut-throat – milieu. From the outset, the tall and sharply handsome lawyer Pierre (Grégory Fitoussi) was the most photogenic presence in a rogue’s gallery of battered mugs. The brooding Fitoussi became the de facto face of the series, something that the writing steered into cleverly.

The charismatic, self-regarding Pierre always had the air of being groomed for greater things, even if his supposedly brilliant legal mind seemed to fail him in personal dealings with Laure and his ruthlessly ambitious colleague Joséphine (Audrey Fleurot), both of whom were capable of making his moral compass waver. Pierre’s unexpected departure in season five was the drama’s biggest inflection point, but underlined that the show had always been an ensemble effort. It also felt weirdly appropriate: this nobly featured lawyer was just a little too clean-cut for the fatalistic Spiral universe, so off to Mr Selfridge it was.

With season-long story arcs tackling grisly cases involving serial killers, terrorism and human trafficking, Spiral also offered British viewers the novelty of witnessing an unfamiliar judicial system in action. Investigating judges – typified by the scarecrow-like veteran Roban (Philippe Duclos) – are encouraged to abandon the bench and take a more hands-on approach, following leads out in the real world. Like a cross between Arsène Wenger and Columbo, foxy old Roban was one of Spiral’s most magnificent creations; his absence in the current season has added to the sense that things are winding down.

Spiral has spanned a time of unimaginable change in how we consume TV. Its earliest seasons predated the launch of BBC iPlayer, so early adopters would trade DVD box sets. If season three was when the series hit its cultural stride – coinciding with the launch of the Guardian’s recap blogs, a bustling forum for sharp-eyed analysis and philosophical musing – it was also about to be overshadowed by the rise of Nordic noir. But with its relatively unhurried production schedule, Spiral has comfortably outlasted The Killing, The Bridge and any other comparable Euro-crime rival, even considering the smörgåsbord on offer from Channel 4’s excellent Walter Presents strand. It has now become such a longstanding TV fixture that, despite its routinely unsettling subject matter, tuning in and hearing the familiar phrase “Précédemment d’Engrenages” feels like comfort viewing.

All eight seasons are available on iPlayer for most of the year to come. While the comprehensive box set approach may have drained this weekend’s finale of some of its tension – aficionados have probably already watched to the end – it does mean that anyone who dropped off after season three or four has every opportunity to catch up. Even if it sometimes leaned into cop-show cliche, Spiral will always be the most formidable of French policiers – a law unto itself.

Spiral’s final double bill airs on BBC Four on Saturday at 9pm; all eight seasons are available on iPlayer

Gourmet to go! 17 brilliant, unexpected ways with a microwave – from risotto to profiteroles