Mick Schumacher, 21, carries the most famous name in motorsport, so it was inevitable he would continue his father's legacy.

The son of the legendary Michael Schumacher, who suffered severe brain injuries after a horrific ski accident in 2013, will compete in F1 next season after signing a multi-million pound contract with Haas and graduating from F2.

His target is Lewis Hamilton, who recently equaled his dad's record of seven world championship titles.

Should the British legend beat Michael's total, Mick has vowed to win the record back for his family.

But it's his tragic upbringing that will also spur the rookie on next year.

Mick was with his father skiing in the French Alps, when the former Ferrari driver suffered a near-fatal accident in December 2013.

And despite growing up in a £50million Swiss mansion overlooking Lake Geneva, he has had to work hard to get where he is.

This isn't the tale of a rich kid who was given everything on a plate...

A quick glance at Mick, you'd be forgiven for thinking his famous father had flashed before your eyes.

The pair not only look identical, but share the same sporty physique honed by hours spent in the gym, as well as a love for playing football and tennis.

But it was motorsport that Mick was fixated on, possibly because he wanted to emulate his father and he loved to go-kart.

He practiced on the same track Michael Schumacher learned how to race near Cologne under the watchful gaze of his mentor, who passed on tips that Mick revealed he still uses today.

However, Mick is adamant that he's his own man telling RTL: "Of course I use some of my father's tips - even from my karting days.

"At the same time, we are obviously different people and had different experiences in the junior classes."

That could explain why when Mick began to race go-karts, he did it under the alias 'Mick Betsch' - taking on his mother's maiden name.

At the age of 15, though, he was ready to carry his dad's mantle and identified himself as a Schumacher.

Growing up in a family that STILL has riches beyond anyone's wildest dreams - a net worth according to Forbes at the £600million mark - Mick's early life was incredibly fortunate.

He grew up in some truly amazing homes. The “Villa La Reserve” in Gland, with Lake Geneva as the view, was bought in 1998 but was completely remodelled to Michael's specification.

It is worth around £50million, and is where the ex-F1 champ receives medical treatment that reportedly costs up to £125,000-per-week.

The family are also believed to own a £26million Majorcan villa that used to belong to Real Madrid president Florentino Perez.

The very private Villa Yasmin was said to have been bought by Michael's wife Corinna in 2018 as a holiday home, and boasts two swimming pools, a helipad, as well as a gym.

While in 2012, Michael added a second ranch in Texas to his property portfolio (they already owned one in Givrins, Switzerland) for his equestrian-loving wife, where she breeds horses.

Their daughter Gina-Maria, 23, has followed her mother's lead and takes part in horse-riding competitions around the world.

With the lavish surroundings he has lived in, Mick could've been forgiven for expecting an easy ride.

But what's clear is he's had to work hard to achieve his F1 dream.

An Instagram image test-driving a £203,000 Ferrari F8 could fool you into thinking it was his motor, until you read the caption.

"What a fun week testing this great car. Pity it is not mine," he writes.

It's that kind of modesty that defies his wealthy identity and fuels a need to make it on his own merit.

For there's nothing flash about Mick, he doesn't wear garish designer clothes or jewellery, nor does he post photos surrounded by bikini-clad beauties. His focus is clearly motorsport.

In 2015, Mick began racing in formula classes for the first time in ADAC F4.

A switch to Prema Powerteam followed in 2016, with the Italian team known for their links to the prestigious Ferrari Academy - an initiative set up by the F1 team to promote young talent within its organisation.

A year later, Mick competed in the FIA F3 European Championship - finishing the season in 12th place - with his best finish being a 3rd place at Monza.

In 2019, he graduated to F2 - where this year he tasted success that showed he's ready for the step-up to F1. 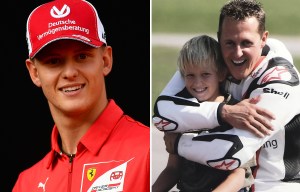 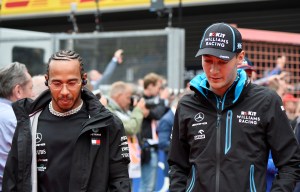 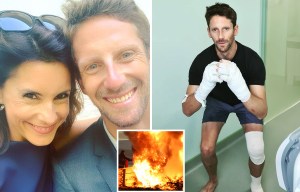 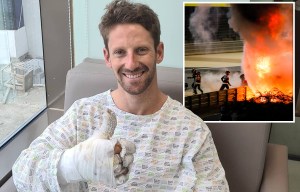 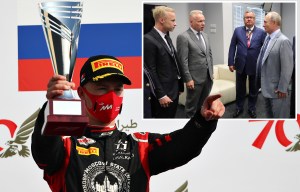 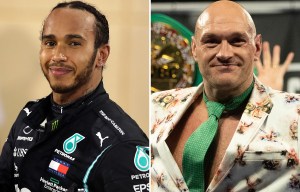 In Hungary, Mick recorded a double podium. Then, he recorded six consecutive podium finishes, including winning the feature races at Monza and in Sochi.

He currently leads the Drivers Championship going into the final weekend.

In whatever capacity his great father is able to witness his son's rise, he will surely be filled with immense pride.

A Bundesliga club cannot be bought. But Volkswagen was able to
Midfielder Bayer Amiri was called a fucking Afghan. After the match, the Union player apologized
Ozil and Arsenal have agreed to terminate their contract. He will complete the move to Fenerbahce at the weekend
Klopp on Bruno: Outstanding player, leader. Good transfer for Manchester United, unfortunately
Paul Ince: Manchester United can beat Liverpool. Two years ago, I would not have said that
Brunu on the Manchester United penalty talk: I don't care. Our attacking players are fast, it is normal that sometimes they earn a penalty
Matip returned to Liverpool's general group ahead of the game against Manchester United. A decision on his participation has not yet been made
Source https://www.thesun.co.uk/sport/13357620/mick-schumacher-lifestyle-father-michael-f1/