Thursday was a very good night indeed for Scottish football.

Wins for Rangers, Aberdeen and Motherwell ensured progression to join Celtic in the Europa League third qualifying round and the promise of yet more ties to come.

As is UEFA custom, draws are often made in advance of the previous round being completed.

Thus, here we are awaiting the news of play off round ties, the final hurdle before the group stage.

The four Scottish Premiership sides are all in the hat for the big reveal in Nyon, Switzerland and will discover their fate in the coming hours.

For Rangers, there's a potential Battle of Britain in store with Tottenham and Jose Mourinho a potential opponent.

Celtic could be handed a classic, old school Euro tie if they draw Red Star Belgrade.

Aberdeen must beat Sporting to reach the play off round where they could land Rosenborg or old foes Rijeka.

Motherwell, meanwhile, may draw Besiktas or Basle, among others.

The draw gets under way at 1pm and we'll bring you all the updates LIVE.

The draw is scheduled to get under way at 1pm UK time.

This comes with the usual disclaimer that UEFA like to drag things out for as long as possible.

Willem II boss Adrie Koster has warned Rangers that anything is possible when the sides meet next week in the Netherlands.

Rangers will face Dutch opposition in the third qualifying round of the Europa League, with a trip to Tilburg.

Willem II brushed aside a past Rangers nemesis this week when they thrashed Progres Niederkorn 5-0 in Luxembourg - the same scoreline that Rangers defeated Lincoln Red Imps in Gibraltar.

And Koster can’t wait to face Steven Gerrard’s side.

He said: “Obviously, Rangers will be a stronger opponent than we have played so far, but anything is possible and we are looking forward to the game.

“Rangers are a team that has many good qualities - that’s not in dispute. We will have to study them very closely.

“But these are the type of games you want to play in this competition.

“All European matches are special for this club - already everyone is talking about playing Rangers, the players and the fans.

“We will do everything to go into the next round. It’s our home game which was all we could ask for.

“We have an important league game against Heracles to concentrate on first and we were able to rest a few players against Progres which was good.

“Once that is out of the way, we will concentrate fully on Rangers.”

What time is the draw?

We kick off at 1pm for this one, whether the draw actually begins then or we have to wait while the UEFA delegates tell us all stuff we already know is a different matter.

The four Scottish teams will be waiting patiently, though.

Who Aberdeen could face 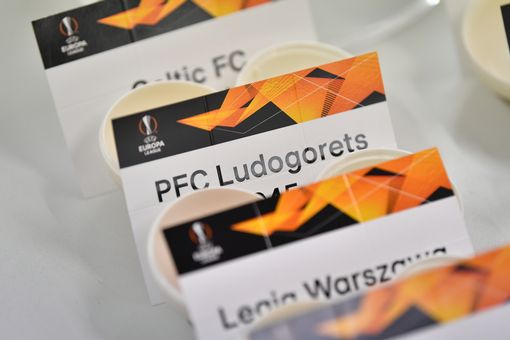 For Aberdeen the situation is particularly interesting.

They were handed arguably the worst possible draw they could have faced as they were paired with Sporting away.

However, the Portuguese giants have been badly hit by coronavirus, and may have to field a weakened team - or even forfeit altogether.

If that happens then Derek McInnes’ side will take over their seeding, giving them a more favourable play-off round draw.

That doesn’t mean it will be easy though.

Who Motherwell could face

Stephen Robinson’s side are in the same position as Rangers, as even beating Hapoel Beer Sheva wouldn’t get them seeding for the playoff.

They would therefore face a very difficult tie, assuming that all the sides expected to progress make it to the play-off round.

A trip to Switzerland or Turkey could be on the cards.

Who Rangers could face 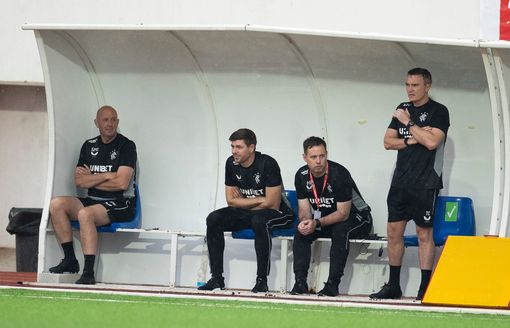 Rangers could face Tottenham in a Europa League Battle of Britain after they were put in the same grouping for the playoff draw.

It could be a huge one-off game if the Ibrox side beat Willem II next week in the Netherlands.

Spurs scraped through the second qualifying round with a 2-1 win over nine-man Lokomotiv Plovdiv on Thursday night, but they are set to add Gareth Bale to their squad ahead of the next round.

They take on Macedonian side Shkendija in the third round and one of those teams could come up against Steven Gerrard’s men in the playoff.

READ MORE: Who Rangers could face in Europa League playoff round as Steven Gerrard awaits potential Battle of Britain

Who Celtic could face 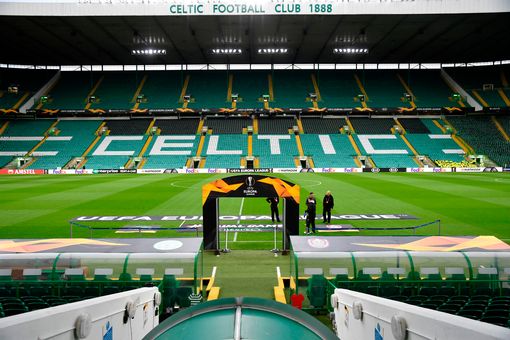 Celtic are in the hat as they look to put their Champions League woes behind them.

That painful defeat to Ferencvaros will serve as motivation to Neil Lennon’s side in a bid to reach the group stage.

The Hoops enjoyed some memorable nights on the continent last season, beating Lazio home and away to finish top of their group.

Celtic will take on Riga away in the third qualifying round, after the Latvian side won their restarted clash with Tre Fiori in Friday morning.

But who’s up next?

All eyes are on UEFA HQ for the Europa League third round draw.

And there are now fewer than FOUR Scottish teams involved.

Juve are in talks with the sacked Sarri to terminate their contract. The coach received 5.5 million euros a year
Fonseca Pro 0:0 with CSKA Sofia: The quality of Roma's game in Serie A is different, but that's normal. Rotation is needed
Wolfsberg midfielder Lindl is among the contenders for the Europa League player of the week. He scored 3 goals for Feyenoord
Arteta after 3:0 with Dundalk: now it will be more difficult for me to choose the starting line-up for Arsenal
Cherchesov congratulated Maradona on his 60th birthday: Human happiness, Diego!
Milan - the first club to have 3 players born after January 1, 1999 scored in a Europa League/Champions League match
Zenith is necessary to protect the Semak. He can become as much of a legend as Semin is to Loco. Sabitov about the coach of St. Petersburg
Source https://www.dailyrecord.co.uk/sport/football/football-transfer-news/europa-league-draw-live-celtic-22703871

Lancashire tax office to be transformed into 70 new apartments with £139,000 price tags

After wolves rebound across US West, future up to voters