The talks, designed to see the US return to the accord following former President Donald Trump’s withdrawal, have so far seen six rounds of negotiations end in little progress. One senior EU diplomat, speaking under the condition of confidentiality, told Politico: “They are not ready for engaging in Vienna.”

Iran has committed to meeting senior EU officials in Brussels in the coming weeks to discuss details following the last round of talks which ended in June.

Part of the delay has been a change of administration in Iran, with the Rouhani government replaced by the Conservative government of Ebrahim Raisi.

Iran has repeatedly said that it does want talks to resume, and has agreed to return to JCPOA terms and conditions as soon as the United States lifts all unilateral sanctions placed on Iran by the Trump regime.

READ MORE:
World War 3 MAPPED: The SIX places where WW3 could break out in 2021 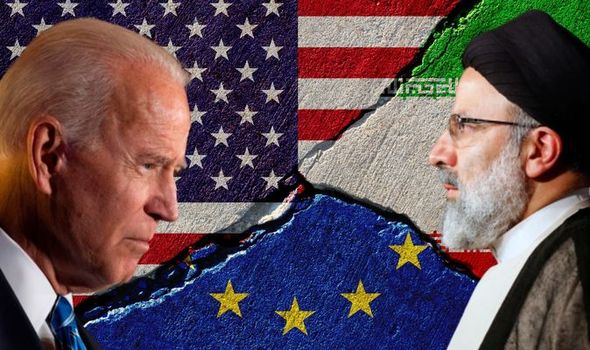 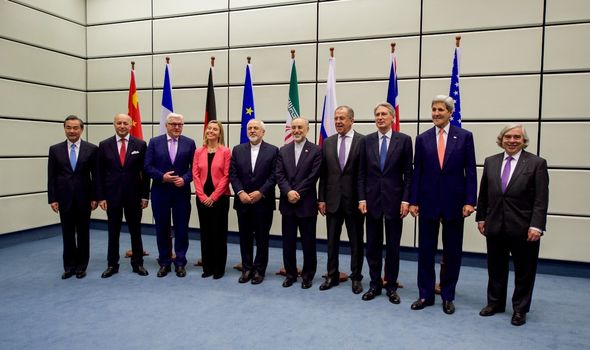 The JCPOA was a huge diplomatic victory for all (Image: Getty)

Speaking of the conditions, Saeed Khatibzadeh, Iranian Foreign Ministry spokesman said: “We have never set a precondition for the US, because the US is not a party to the JCPOA. What we have mentioned relates to the US’ return to the JCPOA and the main goal is to make sure that all sanctions (on Iran) will be lifted, so that Washington would not make a mockery of the world.”

US imposed sanctions, the assassination of top Iranian commander, Lt. Gen. Qassem Soleimani and threats of force by US allies has sown the seeds of distrust amongst the Iranian policy makers, government and people.

A tri-lateral meeting last week between the US, Israel and the UAE saw Tel-Aviv warn Iran it would consider ‘all options’ should the nation not adhere to the JCPOA talks.

Neither the United Arab Emirates nor Israel are signatory members of the JCPOA. 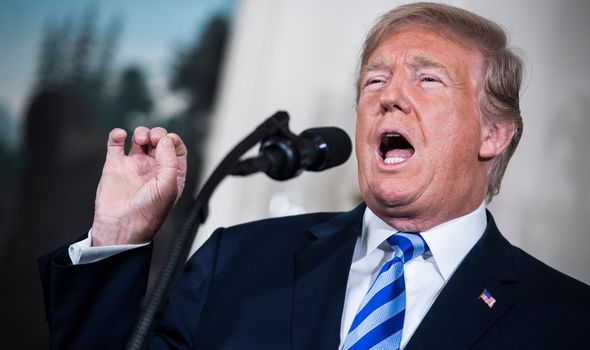 Speaking at the same meeting, US Secretary of State Anthony Blinken said: “We are getting close to a point at which returning to compliance with the JCPOA will not in and of itself recapture the benefits of the JCPOA, and that’s because Iran has been using this time to advance its nuclear programme in a variety of ways.”

Iran has stated it can reverse all advancement in days should the US lift sanctions and return to the deal. Furthermore, Iran has vehemently denied its nuclear programme is for military purposes, stating it is solely for civilian use, and has since 1968 been a signatory member of the Non-Proliferation Treaty, or NPT. 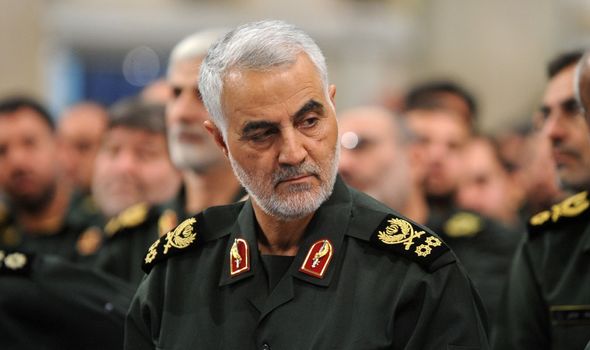 Other diplomats are not so optimistic there will be a return to the negotiating table.

“This seems to be a dead-end situation and I am very concerned… I hope I am wrong, but if things continue this way, we will end up nowhere,” said another unnamed EU official to Politico. 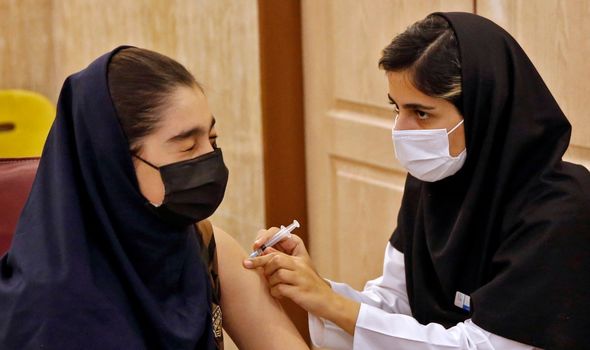 Claiming that Iran is stalling for time, the same official said: “I am left with the suspicion that the Brussels talks could be a mere distraction.”

Since the US pulled out of the deal, and sanctions were re-imposed, the Iranian economy has seen prices rise alarmingly, putting pressure on the people of the country as imports and exchange rates cause havoc.