DAN Spencer hides his spiralling debt problems from his daughter Amelia next week in Emmerdale.

The mechanic has been out of work ever since he was left partially paralysed after suffering an allergic reaction to one of Brenda’s wraps.

Viewers know that Brenda eventually offered Dan a sum of £10,000 as compensation money after Mandy found evidence incriminating her.

And Bob recently suggested that Dan use the money to hire a physio to help with his recovery.

But when Amelia tried to encourage Dan to go ahead with the expensive physio sessions, he lashed out and shouted at her.

Next week’s episodes of Emmerdale will see Dan continue to take things out on Amelia as he does his best to keep his financial troubles a secret from her.

Will Dan decide his treatment is too expensive and put his financial woes above his recovery?

Speaking about the long-lasting effects of the allergic reaction on his character, actor Liam Fox - who plays Dan - told Digital Spy:  "He [Dan] grabs a wrap in Brenda's café, and unbeknown to him, it's got allergens in as he's allergic to almonds.

"There is a source that has been used, unbeknown to Brenda, that has these almonds in. He bites into it at the garage and collapses. He gets this itch in his mouth, and it's pretty horrendous."

He added: "First time, [Brenda] wasn't aware and it wasn't too bad. Second time... there's a mayonnaise that's in it that has this almond milk, which she's not aware of. I suppose it's stuff that's happened in the news over the years, without naming names. 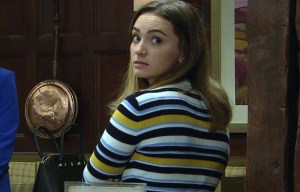 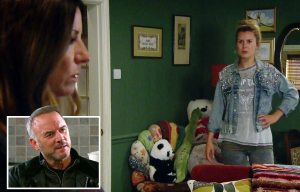 Emmerdale shock as Harriet confesses to Dawn about affair with Malone 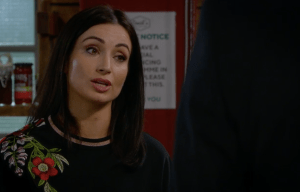 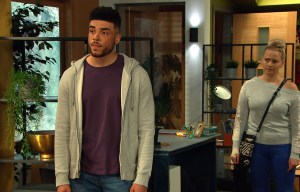 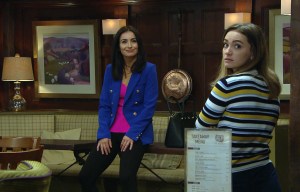 "The effects this has on Dan is quite life-changing for a bit.

"He's ill, but it's what happens because of the reaction to it that leads to a chain of events, which is going to change his life for a while.

"I can't really say much about it at the minute. It's the after-effects and a medical thing which will change his life for a while. It's fairly long-term."

Stan Collymore: bale at Tottenham is a move for losers. Tiago in Liverpool-Champions deal
Turkey is changing the limit on foreign players for the 9th time in 15 years. It seems that the tightening was lobbied by Erdogan and agents
Jovic wants to return to Eintracht Frankfurt. He doesn't like Zidane's attitude
Gary Neville: Manchester United need 4-5 players and only one has been acquired. There are no excuses for this
Suarez received questions about the Italian passport exam in advance. An investigation is underway
Atletico Madrid canceled a morning training session, because they did not receive the results of tests for coronavirus
Neymar was named the defender of Marseille Sakai fucking Chinese. He is Japanese (Cope)
Source https://www.thesun.co.uk/tv/12332790/emmerdale-spoilers-dan-spencer-hides-debt-amelia/