The Matchroom promoter revealed he has left the Fight Camp bubble to protect the boxers after his result.

Gutted to just find out I tested positive for Covid-19 today and have to leave the bubble immediately. Thankfully all other tests were negative. Heading home to rest - catch up tomorrow 👍

He tweeted: "Gutted to just find out I tested positive for Covid-19 today and have to leave the bubble immediately.

"Thankfully all other tests were negative. Heading home to rest - catch up tomorrow".

Hearn was busy preparing for the Matchroom show this weekend at the Marshall Arena in Milton Keynes.

It is being headlined by rising star Joshua Buatsi, who is hotly tipped to become a future world champion.

He will fight Marko Calic for the WBA International light-heavyweight title.

Hearn, like all his fighters, is tested regularly for Covid-19. This positive test came as he was entering the 'bubble' of all those involved in fight night.

But thankfully the 41-year-old has revealed that he is the only person to have tested positive for the virus. 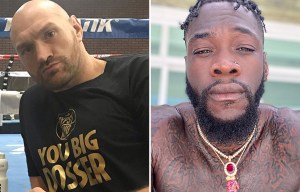 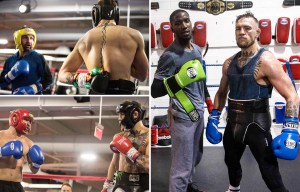 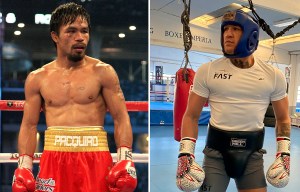 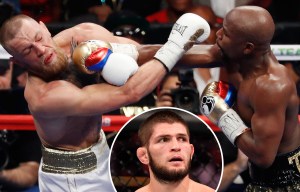 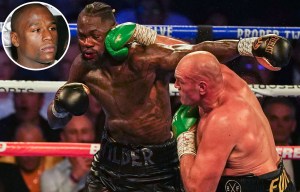 After sharing the unfortunate news on Twitter, the boxing promoter was met with a host of get well messages.

Darshan Desai commented 'get well', while Jonathan Powell told him to 'look after yourself'.

Kaelan Joyce hoped for a 'speedy recovery' Ashley Lontton hopes he 'keeps safe' and can return to 'show the world of boxing who is boss'.

Hearn was instrumental in bringing boxing back after the sport was suspended with the coronavirus pandemic.

He ended up putting fights on 'in his garden' - which was an impressive development of a boxing ring and seats outside at Matchroom HQ.

Ronaldo has a bald haircut: Success is measured by the obstacles you overcome 😉 💪 🏽
UEFA on the European Premier League: She's bound to get bored. The Champions League is the best tournament in the world
Salzburg sold Holand and Minamino - and has already gathered new potential stars. The season started with 35 goals in 8 games
Sulscher twice outplayed Tuchel: first he mirrored the scheme (helped to contain), and then released Pogba in time (helped to add to the attack)
Barcelona - the first team to score for two 17-year-old players in a Champions League match
Atalanta's development has reached a crucial point: the club will soon turn into either Napoli or Roma. Miranchuk - a symbol of change
Sharonov joined the coaching staff of Cyprus Paphos
Source https://www.thesun.co.uk/sport/boxing/12824336/eddie-hearn-coronavirus-positive-test-matchroom-fights/