The actress shared a video on TikTok last night and hinted she had dropped a bombshell on her Strictly co-stars.

She pulled a string of innocent faces in the clip after stirring up trouble.

And Maisie, 19, refused to dish her juicy gossip - but her face said it all in the hilarious video.

The star, who plays Tiffany Butcher on EastEnders, raised her eyebrows and popped snacks into her mouth while looking at her phone, with a sheepish face.

Lying on her bed, Maisie wrote over her video: "How I be watching the groupchat kick off after dropping a bad boy piece of information."

Maise, from Essex, got some well-earned rest after a week of intense rehearsals with her Strictly partner Gorka Marquez.

The pressure is on Maisie as she has been given odds as short as 2/1 to win the show.

But head judge Shirley Ballas has warned her not to be too cocky and not to take victory for granted.

But Shirley, 60, says Maisie has a long way to go to get her hands on the trophy, while touting outsider Bill Bailey, 55, as her competition.

She said he shouldn't be underestimated, telling The Sun: “I know she won the special but if I was Maisie I wouldn’t take anything for granted because doing one dance is not like doing ten weeks.

“You could see the competitive spirit, you could feel it. These people all look like they were at the starting block, ready to move forward.”

Speaking about comedian Bill, who is dancing with reigning champion Oti Mabuse, she said he is not the expected novelty act like ex-politician Ed Balls two years ago.

She added: “I turned to Craig and said, ‘He’s going to be our Ed Balls and the series is going to be a lot of fun’ and then he danced. 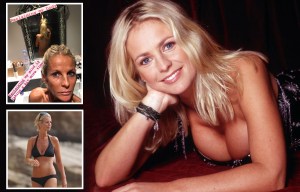 For years I was seen as a sex object but now I'm owning my body, says Ulrika 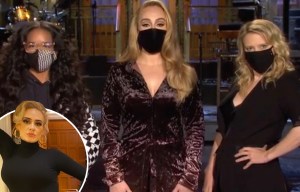 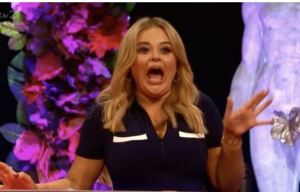 “He was rotating his hips, he was giving it some stick. And I thought, ‘Oh my Lord he is not only funny, he’s going to really give this a go. I wasn’t expecting that.

“I was like, ‘That is actually amazing’. I assumed Bill would be quite stiff and uncomfortable.

Flick about 3:1 with Stuttgart: we Understand that for such a game we will not get awards for beauty, but Bayern achieves results
Cloud has 112 dry games out of 200 for Atletico in La Liga. This is a record
Mahrez on Burnley's hat-trick: the Third goal is the best - I don't often score with my head. But city's victory is more important
Mourinho against Chelsea is always powerful. How will it be this time?
Real Madrid is the leader in students in the top-5 leagues. Spain generally dominates, and the supplier from Germany is only Stuttgart
Thomas Muller: What do they say, you need to prove yourself on a windy evening in Stoke? Stuttgart is not Stoke, but their team is good
Atletico won the sixth consecutive game in La Liga, a winless streak - 25 games
Source https://www.thesun.co.uk/tvandshowbiz/13003832/eastenders-maisie-smith-secret-strictly-debut/

Woman transforms kitchen for £130 shopping at Asda and Amazon

Life in Hexham: What it's like to live in the happiest town in the North East

The violent thugs who have avoided jail despite abusing their partners

Sunderland refuse to comment on reports suggesting a takeover is imminent

Coronavirus news live: ‘Avoid board games and sleepovers at Christmas’ and another 479 deaths recorded in the UK

Who is Stanley Johnson and what’s his net worth?

Woman, 22, with cervical cancer told 15 times not to worry - and now she is dead