Performer Pissi Myles, of New Jersey, sashayed into the congressional building where the first public impeachment hearing in the Trump-Ukraine scandal were taking place.

In her scarlet dress and stilettos, flawless blonde hair to the heavens, Myles cut a fierce figure on Capitol Hill. She was there to cover the hearing for Happs, a live news startup, and could be seen broadcasting live from a pink smartphone.

Getting through security was touch and go, but Myles made it to the heart of the action, alongside the hundreds favoring somber suits and conservative coiffure.

“Tensions are high, and the bar for who’s allowed in the Longworth House is very, very low,” she told NBC News.

Someone did ask me last night if there’s anything in DC that surprises me anymore.

In a broadcast posted to Twitter she described the effect she’d had: “It’s pretty crazy. I’m apparently being referred to as the lady in red, I’ve been called Ruby Giuliani. It’s a little offensive to me that they would assume I took a side in this conversation.”

Of the significance of the day’s testimony, she said: “We’ve heard people saying it was all about quid-pro-quo but today we actually got to hear the testimony and hear what the actual elements of that were … Everyone is so divided. It’s really the most polarizing political activity I’ve seen in a very long time.”

Myles performs in New York and across the north-east. Her online bio states that: “Pissi Myles was born kicking and screaming and hasn’t stopped since.”

It adds that she has been a winner of the Philly Drag Wars and Miss Fish NYC contests and performs regularly at the Pines on Fire Island, a popular beach town destination for LGBTQ New Yorkers in summer. 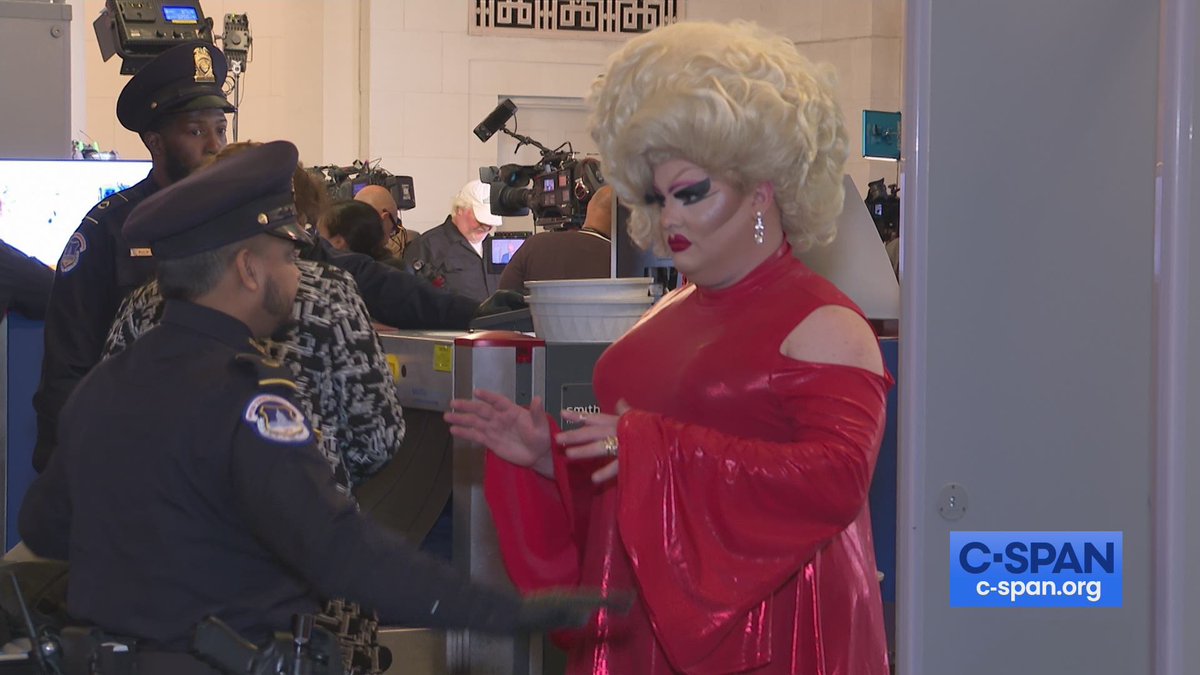 A drag queen going through security at the impeachment hearings is seriously relatable content. pic.twitter.com/D8MGbHiROj

She also told NBC News that “It’s a crazy day in Washington!” Funny, that’s just what acting ambassador to Ukraine Bill Taylor said (more or less) when he heard that the Trump administration was holding up military aid to the country in order to pressure it to investigate Donald Trump’s American political rivals.

Illinois Democratic representative Jan Schakowsky, who happened to be a sartorial congressional standout in her brilliant red suit when she bumped into Myles, quickly tucked herself under the towering and ecstatic queen’s wing and shared the resulting picture on Facebook.

“So glad Pissi Myles and I were matching!” she wrote.

Whether the hearing matched up to expectations is a whole other question. It was certainly a Pissi contest and the only sure winner was Myles.

Кад Cadiz returned to La Liga after 14 years
Pioli about 2:2 with Napoli: One point is a good result
Gattuso on Milan's penalty: the Rule needs to change. Jumping with your hands behind your back is another sport
Milan will offer 25 million euros for Celtic defender Ayer
Klopp on plans: Four years at Liverpool. After that, I want to do nothing for a year
Rogers Pro 1:4 with Bournemouth: Leicester play well only 45 minutes after the break
Inter and Roma are Interested in Garay
Source https://www.theguardian.com/us-news/2019/nov/13/drag-queen-slays-at-impeachment-hearings-causing-congressional-splash