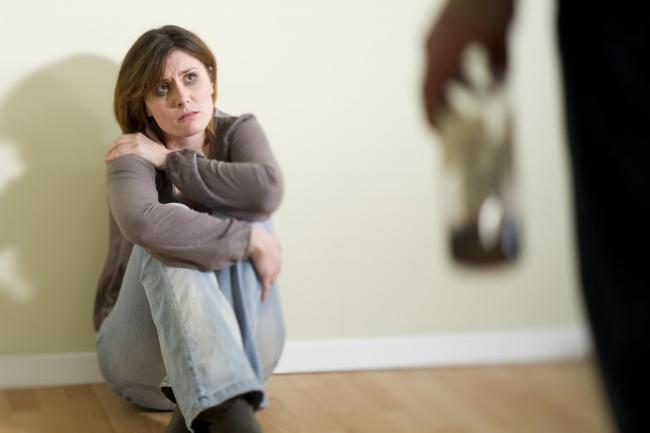 There are grave concerns over the drop in calls being made to the Wish Centre's domestic abuse helpline.

A WORRYING decline in the number of domestic abuse victims reaching out for help during the coronavirus lockdown period is causing ‘serious concern’ for charity bosses across Lancashire.

The fall in contact is deemed even more of an issue in Blackburn with Darwen, where there has been a ‘significant’ decrease in those using domestic abuse hotlines, despite the number of calls being made to other helplines rising by as much as 25 per cent in other parts of the country.

Shigufta Khan, CEO of the Wish Centre in Blackburn, said charities across the county are now looking for alternative ways to ensure they can provide a much-needed lifeline to those who need it most.

She said: “What we have seen is that prior to the lockdown the calls and cases were coming in as normal and how we would have expected them to, but since the quarantine period began there has been a dip which is obviously raising issues and concerns with us.

“We can’t understand why and it’s gravely concerning to see that here in Blackburn things are not in line with the national trend – there has to be a reason for that.

“Where a perpetrator and a victim are living together, it's really difficult for the victim to make safe contact with us and the only time they may ring will be when in serious distress and they are able to get hold of a phone because something has happened which is significant. This is something that we are looking to resolve collectively between domestic abuse services and the police.”

To combat their concerns, bosses at the Wish Centre have opened an online chat in the hope those who may not be able to speak on the phone can use the helpline for guidance.

The helpline, which is available through the Wish Centre’s Facebook page, is open everyday from 10am for two hours, with a view to extend the service.

Ms Khan said: “This is something we are trialling at the moment and if that gives us an indication that people are using it we will work to set something up as an online helpline, like a chat system. We’re just looking at different options.”

Meanwhile Refuge, the UK’s largest domestic abuse charity says calls to its helpline have risen by 25% since lockdown measures began.

Chief executive Sandra Horley CBE said: "Since the UK lockdown measures were announced, Refuge has worked round the clock to ensure its life-saving services remain open and accessible to any woman who needs them.

“Prior to the lockdown measures being introduced, the National Domestic Abuse Helpline, run by Refuge, logged on average 270 calls and contacts per day.”

The next season of La Liga wants to start on September 12
In Austria, the club was stripped of 6 points for violating the training Protocol. This may deprive him of the championship
Matches of the 1/4 final of the FA Cup will be held on June 27-28, the final – on August 1
Jamie Carragher: Manchester City are the Champions League favourites. Liverpool relegated, Barcelona is not the same
Barcelona agreed with Lautaro's agents on a salary of 12 million euros
The Bundesliga was lucky with the President: 5 times increased TV revenue, invested in technology (vertical broadcasts!), and returned the first after the pandemic
The Champions League can be played in the Final four format in Germany, not in Turkey (Sky Sport Italia)
Source https://www.lancashiretelegraph.co.uk/news/18368876.domestic-abuse-fears-blackburn-calls-helpline-decrease/?ref=rss

Kids are more likely to die by LIGHTNING strike than Covid caught at school, says expert

Check coronavirus confirmed cases where you live or further afield

Borini on positives of Liverpool spell and two 'traumatic' injuries

Freiburg vs Bayer Leverkusen: Tips and odds – Kai Havertz to score two or more goals at 11/2

Brits can’t stay on furlough ‘indefinitely’ and the nation must get back to work, Environment Sec warns

Pictures show extent of Burnley fire which ripped through building

Vincent Kompany expected to go back to Man City to become Pep’s No2 after Arteta quit for Arsenal, feared Anderlecht

Strict new rules announced for groups of six meeting up

Two-metre social distancing measure could be relaxed – if rules are followed, Vallance says

Richard Ayoade to host the Bafta awards behind closed doors

Achille Mbembe and the fantasy of separation

Two million jobs could be lost by changes to the furlough scheme, experts warn

Body of a woman found in Liverpool park

When hairdressers reopen how will haircuts work? 5 things you need to know about your first visit

The untold stories behind Wales' most epic win of the decade

Stanley Johnson's rant against 'disgusting' BBC revealed: 'It sank as low as it could'

The thing I miss most in lockdown now? Pub beer gardens | Grace Dent

The PL winner who should 'jump on that train' at NUFC

Diamond date for David and Fanny

A look inside Munches Park

What are the new rules around meeting friends and family in lockdown?

Lockdown rules - what you can do during weekend heatwave

Man dies after getting into difficulties in lake

When Belfast Celtic stunned Scotland in the Big Apple

Thunderbirds are go in Gants Hill

Lidl is selling a barbecue pizza oven - and it's half price

20 baby names most likely to make your kids famous

Making a safe return to your workplace

Lions leave zookeeper, 35, fighting for life after brutally mauling her inside their enclosure

ADVERTORIAL: Chrissie's Lakeside Kitchen is reopening its doors from June 1