Recent polling in Scotland has found increased support for leaving the British union. However if this means Scotland ditches the pound or risks a hard English border voters become far more sceptical.

The survey, of a representative sample of 1,008 people, was conducted by the unionist Scotland in Union campaign group.

It found 42 percent of Scots would be less likely to vote to leave the UK if it meant abandoning the pound and adopting a new currency.

Just 15 percent of respondents said this would make them more likely to vote for independence with another 33 percent stating it would make no difference.

Similarly if breaking up Britain led to a hard border between Scotland and England 43 percent of Scots would be more opposed, with just 18 percent saying this would increase their support for separation. 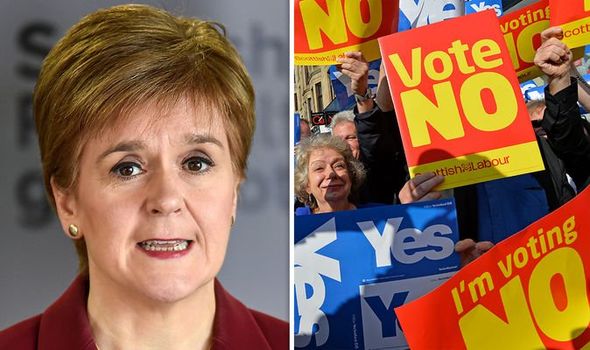 Support for Scotland leaving the UK falls if it means losing the pound (Image: GETTY) 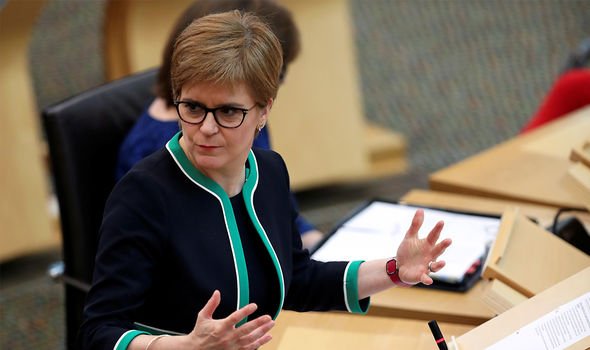 Reacting to the survey Pamela Nash, chief executive of Scotland in Union, argued it shows how important remaining part of the UK is for Scots.

Speaking to The Scotsman she said: “The SNP wants to ditch the pound, risk a hard border between friends and families, and is prepared to make dramatic cuts to public spending to close Scotland’s deficit. 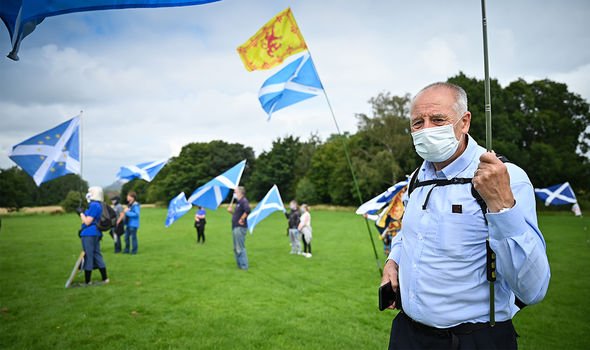 “These scenarios are the reality of leaving the UK, and it’s little wonder that people are less likely to back separation as a result.

“An independent Scotland could find itself outside both the UK and the EU for several years.

“We are stronger together as part of the UK, ensuring we can keep the pound, avoid a hard border with England and spend the equivalent of £2,000-per-person more on public services.” 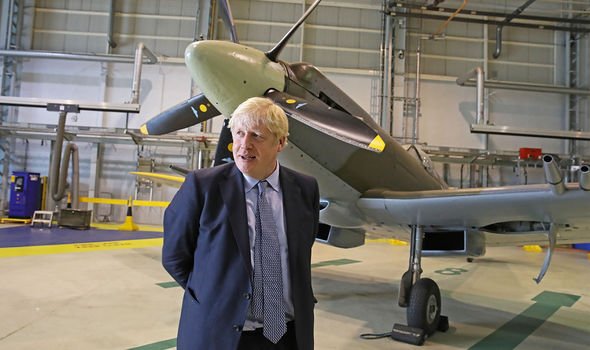 Boris Johnson pictured during a visit to Aberdeenshire in July (Image: GETTY) 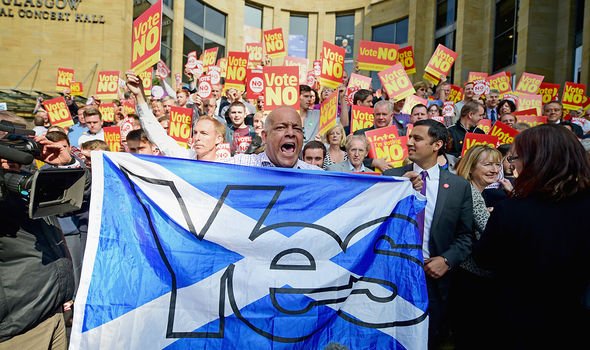 Scottish unionists and nationalists ahead of the 2014 referendum (Image: GETTY)

SNP leader Nicola Sturgeon is demanding another referendum on the issue and plans to introduce legislation to this effect in the Scottish parliament.

Ahead of the 2014 referendum the SNP claimed Scotland would continue using the pound if it voted to leave the UK.

However the Government insisted it would not be able to do so as part of a currency union.

He said: “The Westminster parties are panicking - they can’t even ask the straightforward independence question because they are so scared of the likely answer.

“There is absolutely nothing in the SNP’s proposition for an independent, internationalist and forward-looking Scotland that necessitates a hard border.

“And opponents of independence would claim any currency was the wrong one. 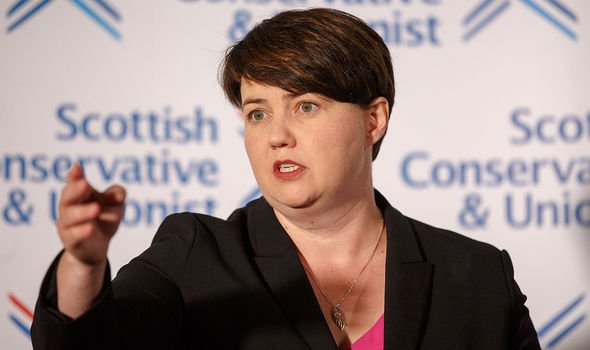 “Scotland will continue to use the pound at the point of independence, until it's in the interests of the economy to adopt a new currency.”

Scots go to the polls in May to elect the next Scottish Parliament.

Currently polling suggests the SNP are on track to secure a majority.

Barca fans believed in the early departure of Bartomeu (due to disputes over the date of the referendum). In vain: there were no thoughts of retirement, the trophies are somewhere near
Josep Bartomeu: I had no intention of resigning. Barca will have trophies this season
Zinedine Zidane: Hazard is ready. We are happy, this is good news
Zidane on ISCO's words: it's ambition. Everyone wants to play
Bartomeu about VAR: In the match against Real Madrid, a non-existent penalty was awarded. We need fair football
Ian Wright: it's a Pity Ozil isn't playing, but Arteta's tenacity is admired
Josep Bartomeu: it was Important to start a new era for Barca with Messi. The Interests of the club are above all
Source https://www.express.co.uk/news/uk/1337475/Scotland-news-Nicola-Sturgeon-SNP-Scottish-independence-pound-hard-border?utm_source=feedburner&utm_medium=feed&utm_campaign=Feed%3A+daily-express-news-showbiz+%28Express+%3A%3A+News+%2F+Showbiz+Feed%29