THOUSANDS of women flooded social media with messages this week to say they felt liberated by a TV show.

Where once they felt ignored and dismissed, they felt empowered by Davina McCall’s hard-hitting documentary last Wednesday on the appalling way society has treated menopausal women.

The TV host highlighted a staggering lack of medical knowledge about the condition which will affect most women in their late 40s and 50s, causing symptoms from hair loss and hot flushes to extreme anxiety and depression.

Davina, 53, initially feared she had early onset dementia but felt “washed up” after finding it was down to her hormones.

She revealed menopause is not even part of a GP’s essential training, and that two-thirds of women are offered antidepressants instead of HRT.

It’s something Olivia James could relate to.

She was in her 40s when her GP dismissed her symptoms and fobbed her off with antidepressants.

She tells Fab Daily: “It seems my experience was pretty typical. Menopause training is considered optional for GPs. No wonder women feel unheard.”

It aired as Davina was named ambassador of The Menopause Charity, which launched on Friday to help women take control, and better educate medics.

Founder Dr Louise Newson says far too many women are being denied access to hormone treatment, putting them at risk of heart disease and osteoporosis.

The GP and menopause specialist says: “We know 20 per cent of women give up their jobs as symptoms leave them with reduced energy and anxiety.

“I see a lot of women who struggle just to get out of bed in the morning.

Fifty-one per cent say it affects their sex life and 18 per cent go to their GP six times before finally getting help.

“Many see their lives fall apart and some contemplate suicide.

“Davina messaged me on social media as she was horrified by the stories she was hearing. Lorraine Kelly, Liz Earle and Michelle Griffin Robertson are also ambassadors of the charity. All four really want to help women.”

Only around 12 per cent of menopausal women are taking HRT, according to Dr Newson.

She says: “Many healthcare professionals have been told, ‘Don’t give HRT’.

Even the Medicines and Healthcare products Regulatory Agency still flags the perceived risks, so I can understand why GPs will try to offer alternatives such as antidepressants or painkillers instead.

“One of the main aims of the charity is to help support and educate GPs and other healthcare professionals about how they can safely prescribe HRT.

"We also need to get evidence-based information out there so women can make their own choices.”

The therapist, from West London, says: “The doctor offered me antidepressants. I knew it wasn’t depression and was hormonal.

"My doctor didn’t offer me any tests to check my hormone levels.”

It forced Olivia to take matters into her own hands, and she now manages her symptoms without medical help.

She has dropped a dress size and rarely drinks alcohol, as she has learned it can “mess with your hormones”.

But she admits she is fearful of her symptoms becoming more severe.

Dr Newson says HRT can also reduce a woman’s risk of heart attack and osteoporosis, a bone disease which can cause breaks and fractures.

“Heart disease or dementia kill women most commonly. The cause of those conditions is often low hormones,” she says.

“If you have a hormone deficiency, even with no symptoms you could benefit from HRT. It will reduce the risk of a heart attack more than giving them blood pressure tablets.

“Hormones affect every cell in our body, which is why the menopause causes symptoms everywhere.

Half of women over 50 will develop osteoporosis if they do not take HRT.

Hip fractures in women cost the NHS £3billion a year.

She says: “So many women keep going back to their GPs because they want a diagnosis.

“If a doctor or healthcare professional does the menopause training we are offering, women are going to be healthier.”

Yet despite dozens of appointments she has never had a proper diagnosis or support.

It began with severe joint pain in her fingers, quickly spreading to her elbows, knees and hips.

Beauty therapist Claire, now 53, says the pain is so severe she can only work one day a week — but she has never been offered ­anything other than painkillers.

Mum to twins Abby and Beth, who are 23, Claire says she has been forced to give up her dream job.

She says: “I can barely stand up and I hobble about.”

Consultants suggested arthritis, Lyme disease or fibromyalgia — but all tests came back negative.

Initial blood tests showed Claire’s oestrogen levels were low, and that she was going through menopause, which doctors ­determined to be the cause of her joint problems.

She says: “They wrote it off as menopause. I was told only pain relief would help. I’ve never had a proper diagnosis.

Claire has started a blog called clipboardclaire.com in the hope that it will help other women.

She says: “It has affected my job and my mental health. I’ve had a couple of relationships through this time but the men never have any empathy.” 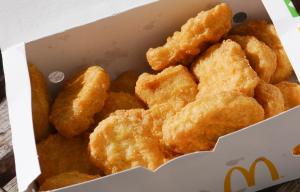 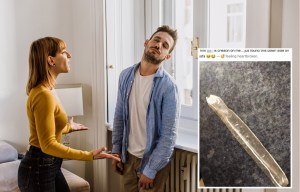 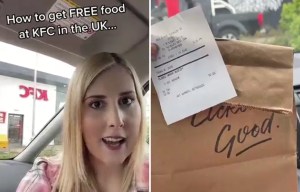 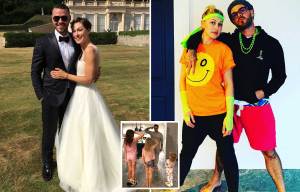 Inside Emma & Matt Willis' quirky marriage from parenting to Scientology 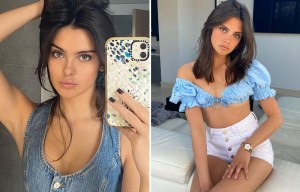 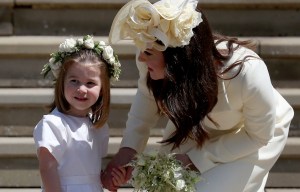 For Dr Newson, it’s women like Olivia and Claire that drive her.

“We want to make menopause symptoms and suffering history,” she adds.

“This is the start of a long journey but finally I feel people are listening. It makes me feel that I’m doing something right.”

FACT: HRT with oestrogen alone is associated with no risk or a lower risk of breast cancer.

If you take body-identical HRT, there is no increased risk for the first five years of taking it.

Even then, the risk is so low that it is less than that ­associated with being overweight or doing no exercise.

MYTH: HRT increases the risk of heart attack and stroke.

FACT: Taking HRT before the age of 60 actually reduces your risk of heart attack and stroke.

Taking HRT in tablet form can slightly increase the risk of stroke and blood clots, but this is very low and can be avoided by taking HRT in patch, gel or spray form.

MYTH: You should wait until your symptoms are unbearable before you start taking it.

FACT: You can start taking HRT as soon as you begin experiencing symptoms, even if you’re still ­having periods.

This not only means you won’t have to put up with symptoms for as long, it could also reduce your risk of cardiovascular disease and osteoporosis.

MYTH: HRT carries the same risks as the contraceptive pill.

FACT: Although HRT contains ­similar hormones, they are in much lower doses.

All contraceptive pills contain synthetic ­hormones which actually have more risks than body identical hormones which are found in many HRT preparations.

MYTH: You need blood tests and examinations before your doctor will prescribe HRT.

FACT: If you’re over 45 and experiencing symptoms, you don’t ­usually need blood tests.

Your doctor will want to check your blood pressure, but this can be done at home.

FACT: Women have a tendency to gain weight in midlife, but there’s no evidence HRT is responsible.