ONE of Cuomo's accusers says the governor asked her if she "had sex with older men", "groomed" her and told her "he's lonely".

In an interview to CBS Evening News, Charlotte Bennett, 25, claimed the governor asked her a series of “shocking questions” and allegedly "asked her about her sex life".

Anchor Norah O’Donnell previewed some of the key points in a short clip posted on Twitter.

O’Donnell said that Bennett, Cuomo's former aide, spoke about the “shocking questions” Cuomo allegedly “asked her about her sex life,” including whether “she had sex with older men".

Bennett claims that Cuomo also allegedly "told her he was lonely" and says she now believes that "Gov. Cuomo groomed her".

When asked what does Bennett want to happen to the governor, O'Donnell said: "Charlotte Bennett worked with Gov. Cuomo for several years -she wants the truth to come out.

"She has spoken to other women who worked for Gov.Cuomo who had similar experiences.

"She reported the behavior to Gov.Cuomo's Chief of Staff, she describes those conversations with them and then what happened after she reported the alleged harassment.

"She is speaking out and describing those experiences in hopes of bringing about some change.

Bennett, 25, has accused Cuomo of sexual harassment claiming he quizzed her about her sex life after she went to him for help as a survivor of sexual assault.

Her claims came three days after Lindsey Boylan, claimed Cuomo kissed her on the lips and suggested they play strip poker.

After the two accusations, a third woman, Anna Ruch came forward and told The New York Times that Cuomo touched her lower back, then grabbed her cheeks and asked to kiss her at a September 2019 wedding.

Meanwhile Cuomo has apologized over the claims of sexual harassment but insisted he will not resign as he "never touched anyone inappropriately".

"I now understand that I acted in a way that made people feel uncomfortable," Cuomo said.

"It was unintentional and I truly and deeply apologize for it. I feel awful about it and frankly I am embarrassed by it," he added.

However, Gov. Cuomo might be forced to testify over the sexual harassment allegations as six Democratic lawmakers have called for his impeachment. 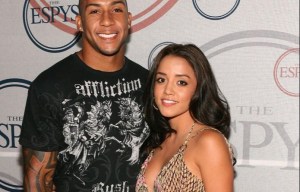 "The accounts of sexual harassment from the women who have courageously come forward confirm what many in Albany have known for years; that Governor Cuomo uses his power to belittle, bully and harass his employees and colleagues," they wrote.

It comes as a clip of a last year's CNN interview has resurfaced, where Cuomo boasts "I am The Love Gov," months before he sexual harassment allegations.