COLBY COVINGTON savaged Dustin Poirier with his prediction for UFC 257.

But he certainly does not have the backing of fellow American UFC star Covington, who dished out a brutal assessment.

Taking to Instagram sat between three bikini-clad beauties, the controversial 32-year-old 16-2 MMA man said: "Tonight we’re back at UFC 257 and in the main event we’ve got Con-man McGregor versus the beta male and ultimate failure champion Dustin Soyier.

"Dustin, I’m not like the Judas you hang around that’s going to be rooting against you behind your back.

"I will tell you straight up to your face. And this weekend is no different.

"You were hand selected since you can’t wrestle and you’re easy to hit.

"And since there is not bet or prop on you crying this weekend, we’re going to take the next best thing: you dying. So take that McBooger money line.

"Take it straight to the bank and invest in some Kleenex stock, because once Dustin Poirier gets sparked, he’s going to be crying at the press conference.”

Poirier looked drained as he weighed in at 156lbs ahead of his rematch with McGregor. 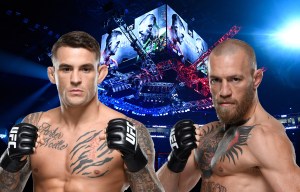 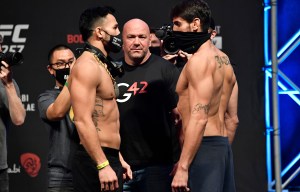 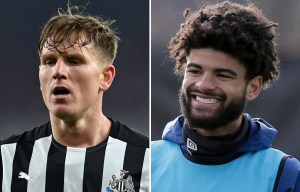 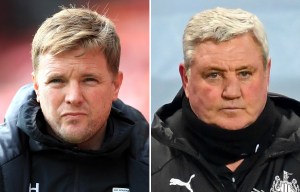 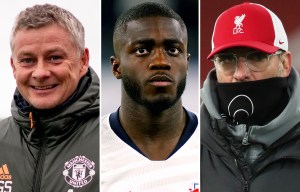 But he reassured fans he is ready for war, writing on Twitter: "Haha I'm good! Walked out the sauna straight to the scale. Was still a little overheated."

He added: "My whole career has aligned me for tomorrow night and I’m here to be victorious and get my hand raised by any means necessary.

McGregor won their first fight inside two minutes in 2014 - but is confident he can put on even more emphatic win this time around.

The Notorious said: "I will knock Dustin out inside 60 seconds.

"I love Dustin, I think he's a good fighter. He's even a great fighter, you know? But great is still levels below me."