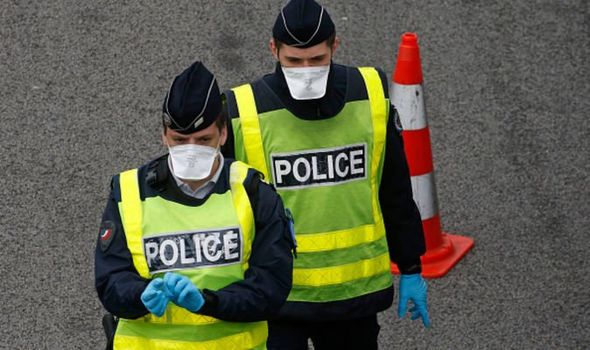 The group of seven men and three women landed at Marseille Provence Airport, near Marignane airport, about 17miles outside Marseille. Incredibly they had helicopters on stand-by for the onward journey. Authorities were alerted to the inbound flight from coronavirus-struck Britain and officers intercepted the group on landing.

Reporter Jérémie Pham-Lê, with Le Parisien, said: “This crew had obviously organized their stay very well since helicopters were waiting for these "vacationers" in Marseille.

“They had planned to go to a villa in Cannes by helicopter.

“In the midst of an epidemic, and while the government keeps repeating to the French the urgent need to stay at home , these trips are obviously not tolerated.”

He added that the group were accused to illegal movement and fined by the gendarmerie. 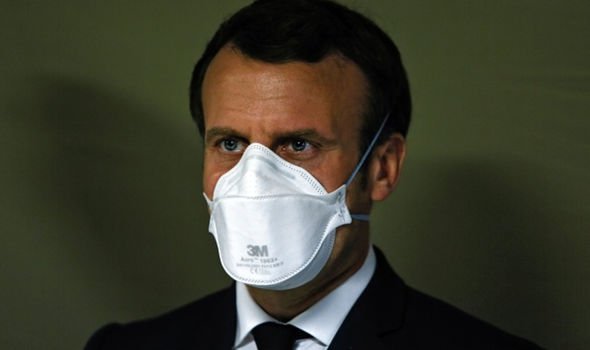 France is extending its nationwide coronavirus lockdown for a second time it was announced last night. The new lockdown will run beyond April 15, the French presidential palace said.

President Macron is to make a nationwide TV address on Easter Monday evening, according to the Élysée Palace.

It was being reported the President was deeply affected by how many French people tuned-in to Queen's TV address five days ago, and how moved they were by the power of her words.

A spokesman for the president said: “Mr Macron will be speaking to a large number of public and private actors – French, European and international – on what is at stake concerning Covid-19 and prepare the decisions that will be announced on Monday to the French.”

It will be Macron's third prime time address from the Élysée Palace since the start of the coronavirus crisis.

Ex-city defender Onuoha: I never felt safe in the US. If the police don't like it, you can lose your life
Barcelona wants to bring back 19-year-old Manchester City defender Garcia. The English are not going to let him go
Gianni Infantino: We must all say no to racism and violence. In any form
Barcelona for 4.5 million euros will buy 70% of the rights to 19-year-old forward Sao Paulo Maya
Martin Ødegaard: Sociedad wants to get into the Champions League is a dream. It's hard to fight Real Madrid and Barca, but we can fight the rest
Newcastle midfielder Longstaff is close to a move to Udinese. His salary will increase by more than 30 times
Milan defender Duarte was injured. This is the second injury at the club after resuming training
Source https://www.express.co.uk/news/uk/1267532/coronavirus-latest-news-death-toll-France-flights-Marseille?utm_source=feedburner&utm_medium=feed&utm_campaign=Feed%3A+daily-express-news-showbiz+%28Express+%3A%3A+News+%2F+Showbiz+Feed%29

Endangered seahorse makes stunning comeback in the middle of lockdown

Ban disposable barbecues in the open after spate of devastating fires, petition urges