A STRAPHANGER wearing a face mask was brutally attacked in what police are calling a possible hate crime prompted by coronavirus fears.

The violent confrontation captured on video shows a woman whose face is completely covered by a yellow mask running through a subway station in New York City's Chinatown neighborhood.

Suddenly, a man throws an object at her, then unleashes a flurry of kicks and punches on the victim before he shoves her into a wall.

The attacker initially confronted the victim because of her face mask, according to a Twitter post by the woman who says she took the video inside the Grand Street station at 6pm Sunday.

"I clearly heard the words 'diseased bitch,'" user @x_ginko claimed in her post.

"I also heard him asking her to go away."

Instead, the man "suddenly got very close to the woman's face'" and "hit her on the head with an audible sound," which prompted @x_ginko to start recording.

"What I didn't expect was for the victim to chase after him," she wrote, noting that the victim was holding a glass bottle "seemingly in an attempt to attack or throw it at him."

That's when the brazer bully unleashed his savage attack and repeatedly bashed the woman with an umbrella, according to @x_ginko.

"I'm not sure if the woman was Asian or not, she was wearing a face mask and glasses, so I couldn't tell," she said.

In a tweet later that day, @x_ginko claimed the victim had a "bloody lip and [a] slight abrasion on her forehead," but she refused help.

The lady is also alright!! She had a bloody lip a slight abrasion on her forehead, I think. Couldn't get a good look cause she was very unstable afterwards and didn't want help. I asked one of the MTA guys to keep an eye on her and call help if he deemed necessary.

it's incredible how much hysteria the Coronavirus news has created, please be safe out there y'all 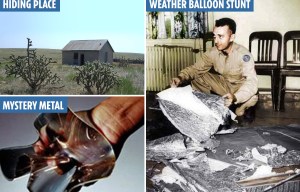 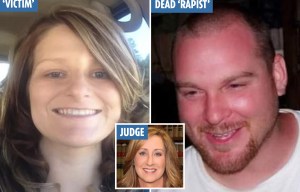 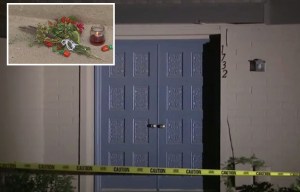 "It's incredible how much hysteria the Coronavirus news has created," she said.

"Wearing a mask in NYC right now marks you as a target. Please be careful, and stand up for your friends."

The incident has yet to be reported to the cops, but the NYPD's Hate Crimes Unit is pleading with the public to come forward.

Why is it tradition for women to propose to men in leap years?

Instant Opinion: to beat coronavirus we must ‘go medieval’

Cruel dad ‘tried to kill daughter, 7, with drain cleaner and painkillers by injecting them into her cecostomy tube

Can cats, dogs and other pets get coronavirus?

How to update apps on iPhone – full list, automatic updates and more revealed

The Voice UK - how many steals do the coaches get as the Battles continue?

Coronavirus UK: The answers to your top questions about Covid-19 – from the current death toll to its symptoms

Delhi's Muslims pray under armed guard after week of riots

Racing tips: Grimthorpe Chase trends – we help you find the winner of the Doncaster race live on ITV

Why everyone’s talking about Sun Yang

Martial arts expert, 39, who shot OAP with crossbow as he fixed TV satellite dish is jailed

Halsey says female pop stars are scared she's 'drama by association': 'Nobody wants to be my friend'

Who are LASK, where are they from and who is their star player? Man Utd drawn Europa League debutants in Last 16

Disneyland Paris families can save £1,200 with Dining Plan package that includes free meals and character meet-and-greet

This is how a £20m Benton Park School rebuild could look

Rose McGowan: 'I won't be free of Harvey Weinstein until he's dead – or I am'

I want to know who my father was. Should I take a DNA test?