CORONATION Street's Jack P. Shepherd went topless for a hilarious video as he morphed into Wolverine during a sweaty workout.

Corrie fans have watched his soap character David Platt pick fights with random gangs on dangerous estates over the past few weeks - and now they've seen the actor in action at home.

The 32-year-old let his hair go wild in homage to X-Men character Wolverine and even grew a beard as he growled his way through a video - while gripping knives and forks.

When he turned the camera around he revealed he'd been watching Hollywood star Hugh Jackman running on set as he practiced for a Wolverine scene.

Jack shared the clip on Instagram and asked Aussie Hugh: "Do I get the part? @thehughjackman"

His fans were obsessed with his efforts and one joked: "Very good but the KNIVES AND FORKS!!!!!"

He joked he nearly split up with the PR girl after they made a Love Actually dance homage.

However he enlisted girlfriend Hanni in helping him film the short viral and behind the scenes it was less polished.

Speaking on his podcast the Sofa Cinema Club, Jack said: "I put the Love Actually Hugh Grant dance out on all the socials, it was very funny.

"I nearly split up with my girlfriend in the process though. It's hard. As she's got to be in it, she's the secretary at the end that catches me doing the dancing.

"And, yeah, I was being a director and losing my temper a bit about cues and timing. I proper did. I was there doing it and going, 'No, you come in on this bit,' and I'm doing the crab dance [laughs]. It was funny."

put on a suit and grooved around his house to Jump (For My Love) by The Pointer Sisters - just like Hugh Grant's charismatic leader, helpfully also called David.

Just like in the original, he started out with some light bum-shaking with his back to the camera, before letting loose all over No.10 - or in this case, Jack's Manchester home.

He threw his hands up in the air at the top of a staircase, before recreating Hugh's side-shuffle dance between two rooms to perfection.

Performing the same moves made famous in the Richard Curtis classic, he even ended up being interrupted by his assistant, played by girlfriend Hanni Treweek.

Posting the video, Jack referred to his podcast, writing: "Wanted to recreate this Hugh Grant dance from love actually, a film we covered on the @sofacinemaclub.

"I’m dedicating this to the NHS who have shown that love actually is everywhere & Boris Johnson, have a speedy recovery and get back in No 10. 🤘🏻let’s try and recreate more movie scenes."

His soap co-stars were delighted, with Helen Flanagan writing: "OMG I LOVE this ❤️ you two are goals."

Colson Smith told him: "‘Love Actually Is All Around’" while Adam Thomas wrote: "😂😂😂😂😂😂 Amazing." 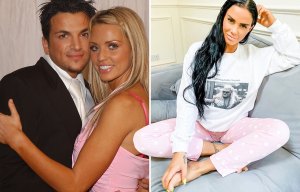 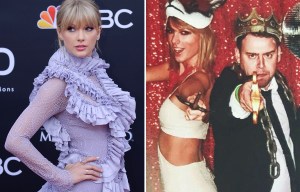 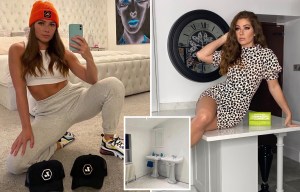 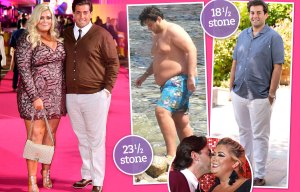 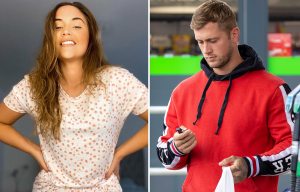 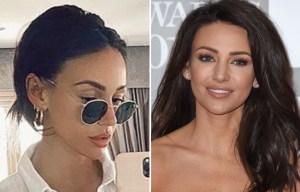 Last month, Jack gave Corrie viewers a look inside the Manchester home he shares with Hanni - which actually does have a prime-ministerial vibe.

The stunning lounge features an impressive fireplace, with Chesterfield leather sofas provide comfort and elegance, plus a gorgeous chandelier.

Jack was previously living with his co-star Colson in a swanky Manchester flat before moving in with Hanni.

We want to make sports shopping better. Become a part of our research focus group!
Claudio Bravo: In Barca and Manchester City, the goalkeeper should be a Central defender
Barca were offered Cavani and Dzeko. The club rejected them
West ham offered 23+10 million pounds for defender fofan. Saint-Etienne refused
Andy Cole on £ 109m for Sancho: it's crazy money. Manchester United will not spend them at random
Juventus loaned Luca Pellegrini to Genoa
Palace, Brighton and Sheffield want to buy Brewster. Liverpool ask for 25 million pounds
Source https://www.thesun.co.uk/tvandshowbiz/11708491/coronation-streets-jack-p-shepherd-wolverine-video/