WHEN Jeremy Corbyn was first elected Labour leader in 2015, he promised that he would introduce a “kinder, gentler politics” to Britain.

But his vitriolic speech today at the launch of his party’s manifesto made a mockery of those words.

Wallowing in envy, his extraordinary performance was a trumpet blast for the start of class war.

He made radical promises about re-nationalising industries, attacked big business chiefs and dodged his position on Brexit.

He stood before the nation not as a unifier, but as a Marxist warrior, full of spite against the successful and the affluent.

It was the speech of a hard left ideologue rather than a potential Prime Minister, brimming with contempt for wealth creation and aspiration.

Corbyn called his party’s document a “manifesto of hope” but in reality it was a catalogue of hate.

Like all radical socialist agitators, he peddled the caricature of a suffering people cruelly oppressed by the “rich and powerful”.

In Corbyn’s lurid propaganda, the gallery of invented villains includes “the billionaires and the super-rich, the tax-dodgers, the bad bosses and the big polluters.”

Among the other targets for his political venom were “dodgy landlords”, “big oil and gas corporations” and the catch-all group “the establishment.”

With revolutionary zeal, he promised to “go after” all these supposed enemies of the people. “We mean what we say,” he added in tones of menace.

At one stage, Corbyn even appeared to glorify the prospect of conflict.

Referring to the widespread opposition to his plans from wealth creators, he quoted the American President Franklin D Roosevelt, who famously declared in the 1930s that he “welcomed the hatred” from reactionary opponents of his New Deal.

But Corbyn’s reference to Roosevelt was the height of hypocrisy, as he said: "I accept that the opposition and hostility of the rich and powerful is inevitable."

First of all, the New Deal was designed to save capitalism during the Great Depression, whereas Corbyn wants to overthrow capitalism and created a socialist regime in its place, complete with full state control of the economy.

Secondly, Roosevelt was a great American patriot who helped to save the world from Nazi tyranny.

In contrast, Corbyn has a long, shameful record as a terrorist sympathiser and friend of anti-western causes.

Indeed, his ugly brand of politics is totally outside Britain’s democratic traditions of moderation and compromise.

Labour used to be led by figures of integrity like Clement Attlee, Jim Callaghan and John Smith, but today it is like a deranged personality cult, which is aggressively intolerant of any challenge to its far left creed.

That aggressive mood was on full display at today’s manifesto launch, as the audience of Corbyn supporters hysterically chanted “not for sale” when Corbyn repeated his hollow charge that the Tories want to put the NHS on the negotiating table in talks with the USA about a future, post-Brexit trade deal.

Just as repulsive was the sound of the same Corbyn cheerleaders booing the distinguished BBC journalist Laura Kuenssberg when she stood up to ask him a question.

This reflects the toxic atmosphere that Corbyn has created inside his party through his extremism.

For all its rhetoric about compassion, Labour is now a political movement where anti-semitism, abuse, misogyny and intimidation all flourish.

'A hideous ecstasy of fear and vindictiveness'

A host of decent MPs like Frank Field, Ian Austin and Lucianna Berger have left Corbyn’s party in protest at the culture of nastiness he has fostered.

At times, today’s Labour is like something out of 1984, the great novel by George Orwell, who was profoundly concerned about the authoritarian impulses of the far left.

In 1984, the ruling socialist party organises daily two minute sessions of hate, when members are required to gather to express their loathing for the chosen enemies of the state.

The ritual, wrote Orwell, produced “a hideous ecstasy of fear and vindictiveness”, words that might describe the antics of Corbyn’s mob. 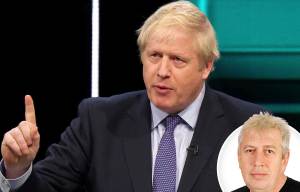 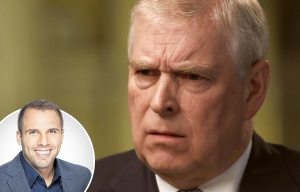 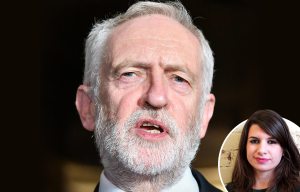 As unis register students to vote, why is Labour making twits of our kids? 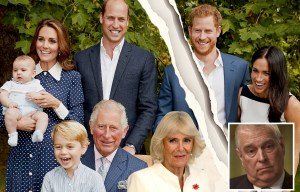 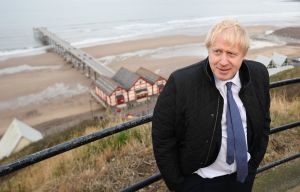 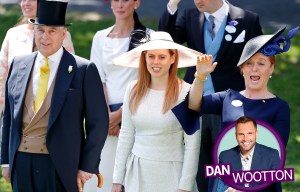 If the worst happened and Corbyn gained power, he would turn Britain into a truly miserable place, a ruined land of division and confrontation.

His socialist experiment has been repeatedly tried in modern history, in countries as diverse as the Soviet Union and Venezuela, and it has always resulted in disaster.

The real oppressors are not the “rich and powerful” of Corbynista propaganda but the socialist rulers he admires so much.

Pogba posted a photo with a hairstyle in support of BLM: ✊🏾✊🏾✊🏾✊🏾✊🏾✊🏾✊🏾
Borussia have notified Manchester United that they will not release Sancho for less than 120 million euros. There are no other candidates
Agent Hakimi: Zidane is the reason for moving to Inter. He did not call Ashraf, but Conte spoke about the project
Neymar has agreed with PSG that he will be released if Barcelona make an offer (As)
Wigan collapsed under external control. Perhaps all because of the murky betting in the Philippines
Pep on Manchester City's European Cup ban: I'm Sure we will be allowed to play in the Champions League
Defender Athletic Berchiche: Real Madrid have the best squad in the world
Source https://www.thesun.co.uk/news/10394665/corbyn-speech-manifesto-hate/

I thought I was a goner": Man rescued by Tynemouth RNLI lifeboat