UTAH police are releasing body camera footage of a shooting that left a severely autistic boy seriously injured, after his mother had called the cops for help.

Linden Cameron, who has Asperger's, was shot several times by police outside his home in Glendale, on the night of September 4.

Golda Barton said she called the police and asked for a crisis intervention team (CIT).

She told officials Cameron was having a mental breakdown.

Barton told 2News that police informed her how the CIT would respond, and that she had told them how best to approach them.

"I said, 'He's unarmed, he doesn't have anything, he just gets mad and he starts yelling and screaming'," she said.

"He's a kid, he's trying to get attention, he doesn’t know how to regulate."

Barton added that the cops are "supposed to come out and be able to de-escalate a situation using the most minimal force possible."

However, she claims that when the cops arrived her son ran away, before two officers repeatedly yelled "get down on the ground" and fired shots.

"He's a small child. Why didn't you just tackle him? He's a baby. He has mental health issues."

Sgt Keith Horrocks from Salt Lake City police confirmed that "a juvenile was having a mental episode," and said it was thought he "had made threats to some folks with a weapon."

SLCPD said police were called to the area for a report of a "violent psych issue" involving the juvenile "having a mental episode" and "making threats to some folks with a weapon", KUTV reported.

"This is an effort to remove unnecessary hurdles to the public as they seek out information that they would be otherwise entitled to under the Government Records And Management Act," Mendenhall stated. 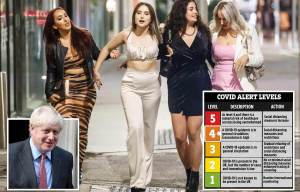 Horrocks said that as the boy ran away police chased after him and one officer fired their weapon. The cops then provided medical aid before he was taken to hospital.

Salt Lake City Mayor Erin Mendenhall said in a statement, obtained by the outlet: "While the full details of this incident are yet to be released as an investigation takes place, I will say that I am thankful this young boy is alive and no one else was injured.

"No matter the circumstances, what happened on Friday night is a tragedy and I expect this investigation to be handled swiftly and transparently for the sake of everyone involved."

Ronald Koeman: Van Dijk is one of the best defenders in the world, but he was lazy, he had to work on his character
New version of the Champions League reform: the number of teams will be increased to 36, and there may be no groups at all
Di Maria didn't want to go to Manchester United, but he moved for a fat contract - and didn't fall into van Gaal's philosophy at all. The coach and the robbery broke it
UEFA will reduce payments to clubs in the Champions League and Europa League for 5 years due to losses from the pandemic
Cherchesov's son had a successful operation after breaking his jaw. Recovery period - 4 weeks
Alberto Zaccheroni: Ibrahimovic had a greater impact on Italian football than Cristiano Ronaldo
Lucien Favre: Borussia can't rely too much on Holand. He played all the matches for the national team
Source https://www.thesun.co.uk/news/12733214/police-release-footage-linden-cameron-shooting/