CONOR McGregor secretly met his alleged pub clash victim in a taxi minutes after hitting him in a row over whiskey, the Irish Sun can reveal.

Cops probing the fight at the Marble Arch boozer in Dublin last April have obtained CCTV footage of McGregor outside the pub.

The Irish Sun revealed how McGregor was to be charged with Section Two Assault over the incident.

New CCTV shows the MMA fighter and a minder getting out of a Land Rover and climbing into the rear of a taxi outside the pub.

The cab had been ordered by the alleged victim, who was sitting in the front seat.

McGregor and his pal are then seen leaving the area. It’s not clear what was discussed in the taxi before the conversation ended.

A source said: “It’s anyone’s guess what was discussed in the taxi, perhaps McGregor was trying to apologise for the incident.

“The man was just in the pub for a quiet drink and after the incident he calmly finished his pint and got into the taxi.

“Gardai had to look into the meeting because it formed part of the overall investigation.”

We understand the meeting does not form part of the police file on the matter, which has been sent to the Director of Public Prosecutions (DPP).

Instead, officers are focusing on CCTV footage of the incident from inside the pub and the alleged victim’s statement.

The video shows the fighter appearing to land a blow on the drinker, before he is ushered away.

McGregor was said to be unhappy when the local man, 51, told him “I don’t want your whiskey” - referring to his own Proper Twelve Whiskey.

We revealed last week how the fighter faces a minor assault charge after the DPP ruled there was enough evidence to charge him. 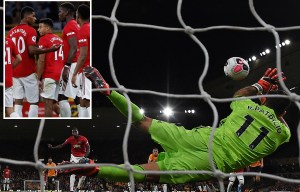 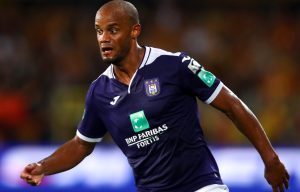 He is to be summoned to appear at Dublin District Court in November to answer the charge.

If convicted, he will be required to pay a fine for the offence.

It’s understood that the alleged victim has accused McGregor of assaulting him when he turned down a drink.

He was not available for comment when approached by the Irish Sun.

Modric on how Mourinho criticised Ronaldo: Cristiano almost cried at half-time
Giorgio Chiellini: I came close to leaving Juve twice: to Real Madrid in 2010 and to Manchester City in 2011
Herrera on Neymar and Mbappe: PSG don't sell stars, they buy them
Enrique on the 2015 Champions League final: Told the team: the Worst thing that can happen is to be a Juve player in a match against Barca
Gladbach shows how the concepts of Cruyff and Guardiola can be applied
Mertens will extend his contract with Napoli until 2022. He turned Chelsea down
Crouch, Ronaldo, Ramos and bale were included in the symbolic van der Vaart team
Source https://www.thesun.co.uk/sport/9757669/conor-mcgregor-fight-dublin-pub-taxi-cctv/