COLEEN Rooney and Rebekah Vardy are set to face each other in a courtroom showdown within weeks over their 'Wagatha Christie' libel battle.

Libel judge Mr Justice Nicklin has made the order as the pair gear up for their first legal skirmish.

He said a preliminary trial will decide the "natural and ordinary" meaning of Coleen's social media posts when she appeared to accuse Rebekah of leaking stories about her, the Mirror reports.

The judge made the order after Rebekah’s lawyers filed papers at the High Court.

They're asking Coleen, 34, for the meaning of the words spoken in the posts to be determined.

She claims in court documents that the posts last October resulted in her suffering “severe and extreme hostility and abuse”.

Across the two platforms, she has more than two million followers.

Just over a year ago, the mum-of-four said she suspected a pal had been leaking stories about her.

She claims she spent five months slowly reducing the number of people who could see her updates on Instagram stories until just Rebekah's account remained.

Coleen alleges she then posted a fabricated story which ended up in the Sun, before going public with the accusation that Rebekah was responsible for selling stories.

Her post said the bogus stories were only seen by one follower, concluding: “It’s . . Rebekah Vardy’s account.”

Rebekah has fiercely denied the allegation.

Mr Justice Nicklin has given Coleen until October 2 to serve a “statement of case”.

In the court order, dated September 17, he states: “It is ordered by consent that there be a trial of the preliminary issue of the natural and ordinary meaning of the words complained of.”

He said the half-day trial would be heard by a specialist media and communication judge after November 15.

Coleen has yet to file a defence.

She has until 28 days after the preliminary hearing to do so.

Both wags were also warned about their legal costs.

Justice Nicklin said: “This case is particularly straightforward and I shall not expect costs above £25,000 (excluding VAT) for each party. 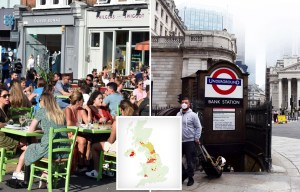 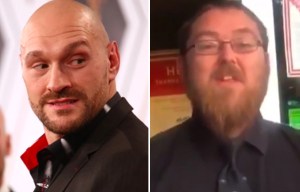 "I encourage the parties to reach agreement about costs budgeting.”

If the sides do not settle out of court, the case is likely to go to a full trial next year.

Hans-Dieter flick: I Hope Alaba will sign a contract with Bayern. Our club is one of the best in the world
Diego Maradona: Messi gave Barca everything, brought them to the top. He was not treated the way he deserved
Federico Chiesa: I hope to leave my mark in Juve. We will achieve great results
The Coach Of Benfica: I don't want us to look like the current Barcelona, it has nothing
Guardiola on returning to Barca: I'm happy at Manchester City. I hope to stay here
Fabinho will not play with West ham due to injury
Ronald Koeman: Maradona was the best in his time. Now the best Messi
Source https://www.thesun.co.uk/news/12732658/coleen-rooney-rebekah-vardy-courtroom-libel/

Man seriously injured in hospital after being hit by a van

Schools must close if England enters another lockdown, union urges

In troubled times, a ritual walk can clear the mind and soothe the soul

Best Christmas gifts for your husband or boyfriend

National lockdown: What is likely to close and stay open?

What has Donald Trump really done for the rust belt states?

Ivanka Trump says that parenthood has made her ‘unapologetically pro-life'

Second national lockdown: What is likely to close and remain open?

Deceased was passenger in car which hit tree

Frantic search for missing mum, 22, who vanished with baby son three days ago

What will be shut down and what will stay open if another lockdown happens?

Marr-vellous to be back: Primrose Hill’s Albert pub reopened by BBC journalist after six-year closure

Black Lives Matter faces test of its influence in election

Burnley vs Chelsea lineups confirmed with Brownhill on the right, Ziyech starts for Blues