The president is continuing to claim November’s election was rigged against him, despite the lack of conclusive evidence. Since the poll the Trump campaign has launched unsuccessful legal attempts to get the result overturned in several states.

On Wednesday the president released an extraordinary 46-minute long video recorded at the White House, in which he claimed to be the victim of systematic electoral fraud.

Mr Cillizza responded on the CNN website with an article titled: “46 minutes that prove how dangerous Donald Trump is to democracy.”

He wrote: “What Trump is doing here has moved beyond laughable or embarrassing.

“It is now into the downright dangerous phase. 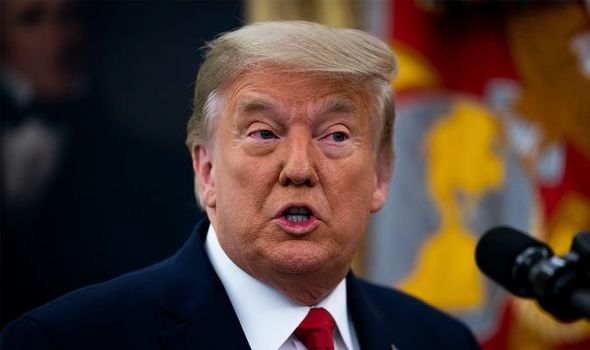 "What Trump is doing here has moved beyond laughable or embarrassing" (Image: GETTY) 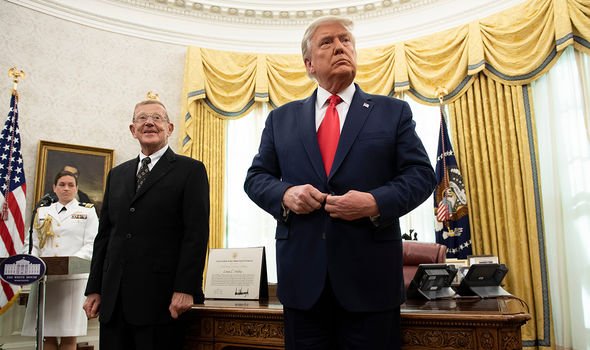 “There is now zero doubt about who won on November 3.

“The chief law enforcement officer in the country has acknowledged that ‘to date, we have not seen fraud on a scale that could have effected a different outcome in the election’.”

Democrat Joe Biden is on track to become the next US president with 306 electoral college votes versus 232 for Mr Trump.

He is currently leading the incumbent by over six million votes in the popular count. 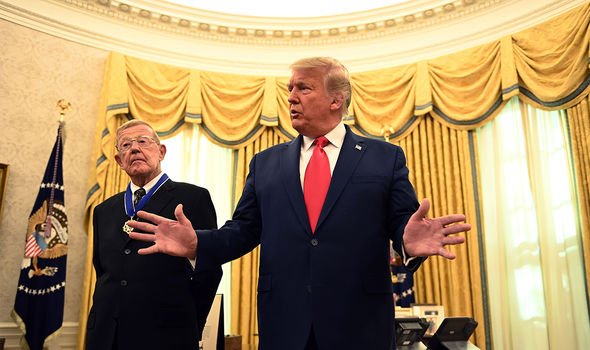 "There is now zero doubt about who won on November 3' (Image: GETTY)

All major American TV networks have already called the election for Mr Biden.

Mr Cillizza was sharply critical of Republican leaders for failing to challenge Mr Trump over his electoral fraud claims.

He argued: “A defensive crouch has been the default position of establishment Republicans for the last four years.

“And we can look around the country and see the damage done -- and the cost in human lives. 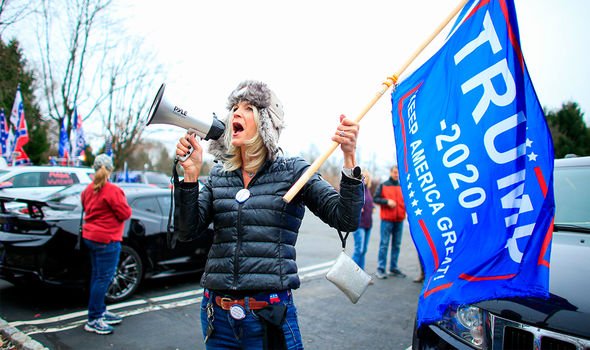 Trump supporters have been protesting against what they claim was a stolen election (Image: GETTY) 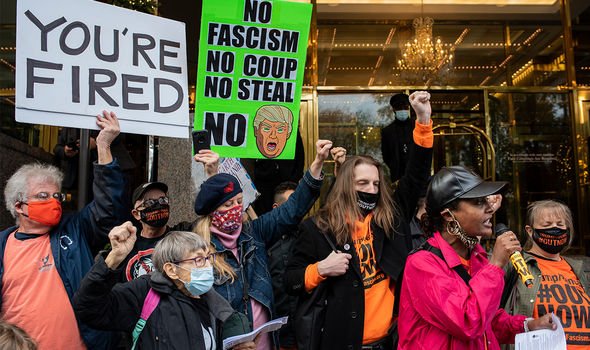 “Now is the time for Republicans to speak out because, if they wait much longer it will be too late.

“Endangering the pillars of our democracy for purely selfish reasons -- and using the prestige and power of the presidency to do it -- isn't something that can be allowed in a healthy republic.

Mr Biden will be inaugurated as the 46th president of the United States on January 20.

Due to the coronavirus pandemic the event is expected to be far more low-key than usual.

Mr Trump has yet to confirm whether he plans to attend. 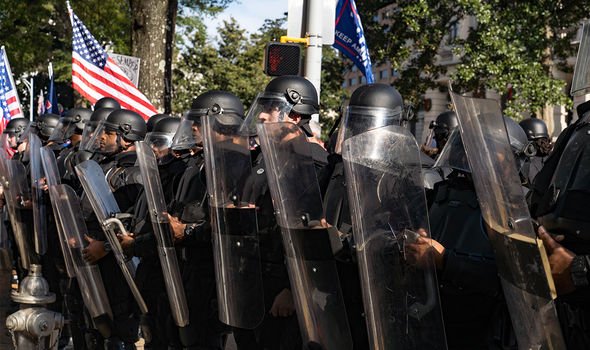 Riot police guard a protest by Trump supporters over the election (Image: GETTY)

During his 46-minute long video the president said: “This election was rigged. Everybody knows it.

“What I don’t want to do is have it stolen from the American people.”

Mueller congratulated Brady, who reached his 10th Super Bowl at the age of 43: You are a hero and an inspiration!
Neville compared Liverpool to Coventry after Manchester United's win. Probably because of the color of the uniform
Vladimir Gazzaev held the first training session with Siena
Alessandro Costacurta: Inter are the favourites for both the Milan derby and the Scudetto
The Valencia player tested positive for antigens. Yesterday was a match with Atletico
Tottenham topped the rating of the most eco-friendly clubs in the Premier League. Manchester United, Arsenal, Brighton and Man City-in the top 5, Liverpool-7th
Manchester United and Liverpool put on a show in the cup. The sponsor of the entertainment is the bold positions of Trent and Rashford (United have better realized this advantage)
Source https://www.express.co.uk/news/world/1368184/Donald-Trump-news-President-concede-defeat-Joe-Biden-CNN-US-election-2020-latest-ont?utm_source=feedburner&utm_medium=feed&utm_campaign=Feed%3A+daily-express-news-showbiz+%28Express+%3A%3A+News+%2F+Showbiz+Feed%29

Crawley Downs murders: Man jailed for killing wife and pensioner who came to her aid