CELEBS Go Dating viewers were left shocked tonight when Wayne Lineker, 58, admitted he had NEVER dated a woman older than 30.

The millionaire club owner made the confession when talking about one of the female contestants who was, wait for it, 31-years-old.

It all started when Wayne was seen chatting to a gorgeous woman named Carla, and the pair seemed to be hitting it off.

However, the businessman revealed he was concerned, as she was "older than the girls he usually goes for".

Speaking to Tom Zanetti, he said: "She's 31...I've never been out with a girl above thirty in my life".

Viewers went into meltdown on Twitter, with one writing: "CARLA IS TOO OLD FOR WAYNE is he joking".

Wayne certainly has proved his love of younger women in the past.

In November 2019 he split from 26-year-old model Danielle Sandhu.

The pair, who were engaged at the time of their break up, were together for four years.

Then last August he was dubbed "gross" for a skin-crawling video showing him choosing a young “date” from his Ibiza club staff and pushing “rejects” into the pool. 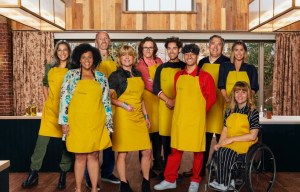 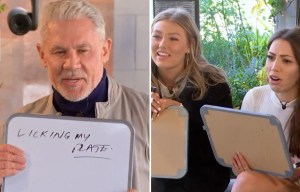 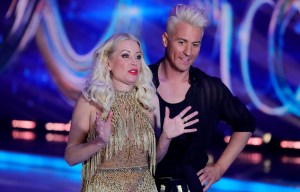 Why has Denise Van Outen quit Dancing On Ice?

Wayne was savaged on social media, with people saying it made “nauseating” viewing, as he shoved the chests of orange swimwear-clad young women to make them topple into the water.

A video showing him choosing his "dream doll" was filmed at his club in Ibiza.

Wayne boasted: "It's time to pick which dream doll I'm taking out on a date".