THIS picture of Caroline Flack’s boyfriend proves he was not the victim of a serious assault, her team says.

It shows barely a mark on Lewis Burton’s head — despite being taken straight after the domestic row which led to the tragic TV host’s assault charge.

Former tennis pro Lewis, 27, was clearly not bleeding and begged police and the Crown Prosecution Service not to proceed with the case.

And prosecutors knew all along that blood around the bedroom was from deep wounds she inflicted on herself — not from her hitting him with a lamp.

But the Love Island star, 40, was hauled into custody after 12 hours in hospital and questioned while exhausted, hungover and mentally unstable.

A source who was close to her told The Sun last night: “She was clearly unfit to be questioned and should have been given psychiatric help instead of a grilling.

“The picture shows clearly there was no head injury so there was no ‘violent attack’ with a lamp as claimed by the CPS - all the blood was from Caroline.

“She was not well mentally, she was exhausted and had been drinking heavily and even warned officers at the time she would kill herself.
“But police and prosecutors ignored medical evidence.”

Caroline plunged into despair after the decision to charge her with assault in December. 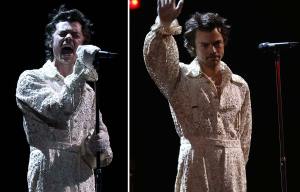 She pinned her hopes on lawyers’ moves to have the case dropped.

But they were notified last Thursday the bid had failed and she took her own life after being told.

Caroline’s management company has since blasted the CPS. An inquest into her death in East London was due to open today.

POLICE should have recognised Caroline Flack was vulnerable and delayed charging her, a former senior detective says.

Self-inflicted cuts to her wrists should have signalled her fragile state of mind, ex-chief inspector Mick Neville believes.

The TV host should then not have been interviewed without an appropriate adult as well as a solicitor, he claims.

The former Met officer added: “There was an indecent haste to charge her.”

If you are affected by any of the issues raised in this article, please call the Samaritans for free on 116123