A "VERY loud and scary" blast was heard across Cardiff this morning, with police warning people to stay away from the scene.

The "loud noise" was heard coming from the Llanrumney area of the city at around 4am this morning.

One witness who lives close to the scene described a "big explosion".

She told Wales Online someone had tried to blow up the cash machine outside a Co-op.

The shutters of the shop have been caved in, with shrapnel strewn across the road.

Windows above the Co-op were shattered in the blast that could be heard from miles around.

The witness also said a car was on fire and there were police and fire crews at the scene.

Meanwhile, people in Rhiwbina, Pentwyn and Penylan all reported hearing the explosion.

One resident who was four miles away in Pontprennau, said: "I heard the car explosion this morning.

"My house actually shook from the severe force of it.

"I thought a bomb had detonated nearby."

Nadeem Muhammad, who has lived above the Co-op for the past five months, said his flat and car were damaged in the blast.

He said: "We heard a loud noise early this morning.

"I looked out of the window and saw something had happened downstairs and everything was all over the road and there was something underneath my car.

"I know now that is what they used to try and do the explosion. We are all ok."

John, who works at a a shop nearby, said: "I woke up this morning and saw it all over Facebook and wondered what had happened.

"This is the third time something like this has happened at this Co-op.

"The other two were ram raids about two years ago. Whatever they did looks quite advanced.

"It’s been blown all over the road."

VACC TO THE FUTURE 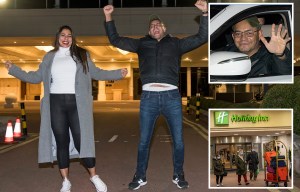 Guests forced to stay in £1,750 quarantine released from 'prison' hotels 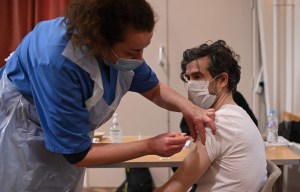 Those inside a police cordon have been asked to stay indoors.

South Wales police have asked people to stay from the area and say the incident is 'ongoing'.

A spokesperson for the force said: "Please could all persons avoid the area until further notice."