AN ESSEX-based businessman with a weekly disposable income of £1,600 swapped lives with a single mum-of-three who recently lost her job during the coronavirus pandemic.

The sudden change means Kiptieu, from South-East London, has a weekly budget of just £70 after bills, leaving her unable to buy her daughter a birthday present.

Adam and his dad Ian live in a four-bedroom property in Essex thanks to a successful career with multiple businesses, but gives it up for Kiptieu's two-bedroom ground floor flat on Channel 5’s Rich House Poor House.

The millionaire, who started out working at KFC, now drives a luxury Bently and would often spend time traveling around the world mixing with celebrities for his job, admitting he lived on the "most expensive road in Essex".

In contrast, Kiptieu lost her husband two years ago, leaving her to raise their three children - aged 13, 11 and five - on her own.

She also lost her job as a result of the coronavirus pandemic, making the family's weekly budget even tighter - relying on benefits to get by.

But the money she makes isn't always enough, and the struggling mum was left heartbroken knowing that she wasn't able to buy a small gift for her daughter's birthday.

"This month is was my daughter's birthday. I got zero money from any benefits so I didn't give my daughter present. It was the worst thing of my life."

To make ends meet, the struggling mum-of-three started a homemade food delivery service, using her love for cooking to turn a profit - in contrast to Adam who "doesn't cook much"

But this often means travelling as far as "17 miles on public transport to deliver food" as she doesn't have a car - sometimes without even making a profit.

What's more, the charitable mum started a tennis club for the kids in her community - including her daughters who play - and has also set up a charity sending second-hand toys to her home country Sierra Leone.

"So if they can hear other people's stories, they can aspire to be more."

Eager to experience how the other half lives, the families swap houses, schedules and budgets for one week.

The mum and three kids are blown away by the sprawling landscapes with a tennis court as well as the huge pad allowing each of the girls their own room - a luxury they aren't used to.

Meanwhile, Adam and his dad Ian are shocked to learn how the family-of-four live in the "small and compact" home - but admit it seems like a "loving home".

Kiptieu is shocked by her budget for the week, saying "imagine spending £1600 in a week."

It seems viewers of the show agree and shared their thoughts on Twitter, with one joking "I wouldn’t mind a spare £1600 a month let alone a week."

One posted: "I think I'd struggle to spend £1,600 as the poor family. Certainly more than you could spend on food. Shopping spree on the last day?"

Meanwhile, another person quipped: "In lockdown... even food wise I couldn’t spend that much."

But tucking in for their first meal, Kiptieu and the girls had no issue splurging on takeaway pizza - a rare treat for the family-of-four.

Meanwhile, Adam and Ian have just £7.50 to buy a meal for them both, so they found themselves bargaining down the cost of takeaway kebabs and chips.

On day three, Kiptieu found herself finding out more about Adam's work - hoping to gain some tips that could help her fulfil her dream of opening a restaurant.

Meanwhile, Adam learns more about Kiptieu's charity, admitting it made his realise that "he should do more"

The food-loving mum got to experience cooking with high-quality food too, swapping her usual £2 chicken for a £17 version istead.

But taking her love of food to the next level, she also treated her girls to a fancy meal where "rich people eat" where she reflects on her experience.

"For the first time in my life I really want to move and get a bigger place," she says, although admits she's not in a position to do so.

Although there were hundreds to spare, she set them each a budget of £50 inside a toy store, where the girls picked out what they wanted.

But Kiptieu isn't the only one who's gained from the experience, as Adam admits: "It's given me a different perspective on things like charity."

Realising just how much the busy mum has going on, Adam quizzed Kiptieu about her main passion when they met at the end of the experiment.

After admitting cooking was her one true love, Adam offers her the opportunity to work, saying he'd partner with her in a food business.

An emotional Kiptieu accepts saying "I would love to work with you."

She adds: "Money doesn't give you happiness but it gives you opportunity," and she was taking this one and running. 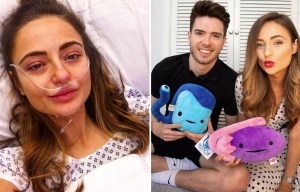 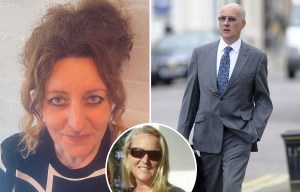 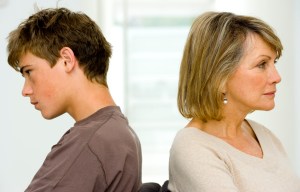 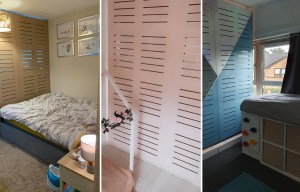 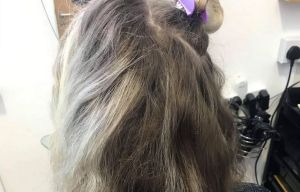 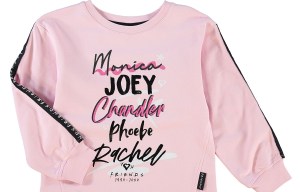 We shared how a skint couple who live on 50p per meal go on first date in YEARS after swapping lives on Rich House Poor House.

Meanwhile this 'dowdy’ mum-of-two who ‘felt invisible’ shaves 15 years off her age.

And a woman, 41, who suffered tragic breakdown underwent a dramatic transformation on 10 Year Younger in 10 Days.

Mum with 18p to her name shocked when she’s told millionaires spend £3,000 A WEEK in Rich House, Poor House