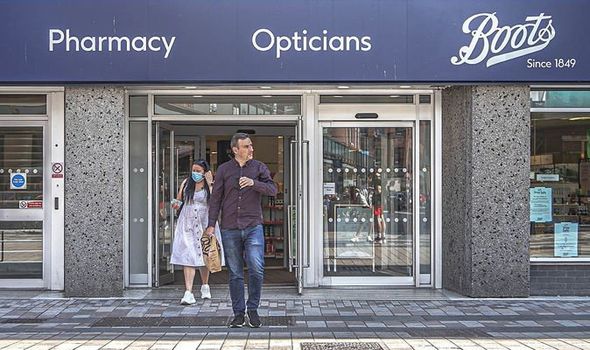 People will be glad to see the end of masks (Image: Getty)
Sign up for FREE now and never miss the top politics stories again

Almost as many will not miss having to wear masks (59 percent), needing to pay more attention to politics or the news (51 percent) or home-schooling children (50 percent). But the research by Ipsos Mori has also uncovered aspects of life that people expect to look back on fondly when normality returns.

Two-thirds of respondents (66 percent) say they will miss, at least by a fair amount, people practising better hygiene.

Nearly as many will be nostalgic for there being less traffic on the road at peak times (63 percent) and quiet shops and supermarkets (59 percent).

More than half (53 percent) will miss spending more time with family, although one in four (24%) will be not be sad to leave this lockdown experience behind.

Researchers found people were more enthusiastic about seeing family in real life as opposed to on a video call. Nearly half (47 percent) will not miss speaking to family or friends this way.

Half (50 percent) say they will miss tourist attractions and public places being quiet, whilst 42 percent will miss quieter public transport.

Many people in jobs will miss aspects of how they have worked during lockdown; 44 percent expect to miss being able to work more flexibly, while four out of 10 will miss not having to commute.

Almost as many (38 percent) said they would miss not having to dress smartly for work; around a third (36 percent) expect to miss working from home full time.

Not everyone is excited about the prospect of socialising.

Four in 10 (39 percent) said they would miss not having to socialise with other people.

Although 44 per cent will be pleased to see the end of not greeting people with hugs, kisses or handshakes, four in 10 (38 percent) will miss it.

Gideon Skinner, head of political research at Ipsos Mori, said: “We know that there are many things people are looking forward to when the coronavirus restrictions end, including getting proper face time with friends and family. But we’ve also seen that there will be at least some aspects of lockdown that people will miss – again partly the opportunity to spend more time with family (if not home-schooling), but also the peace and quiet, and the reassurance provided by people paying more attention to hygiene. 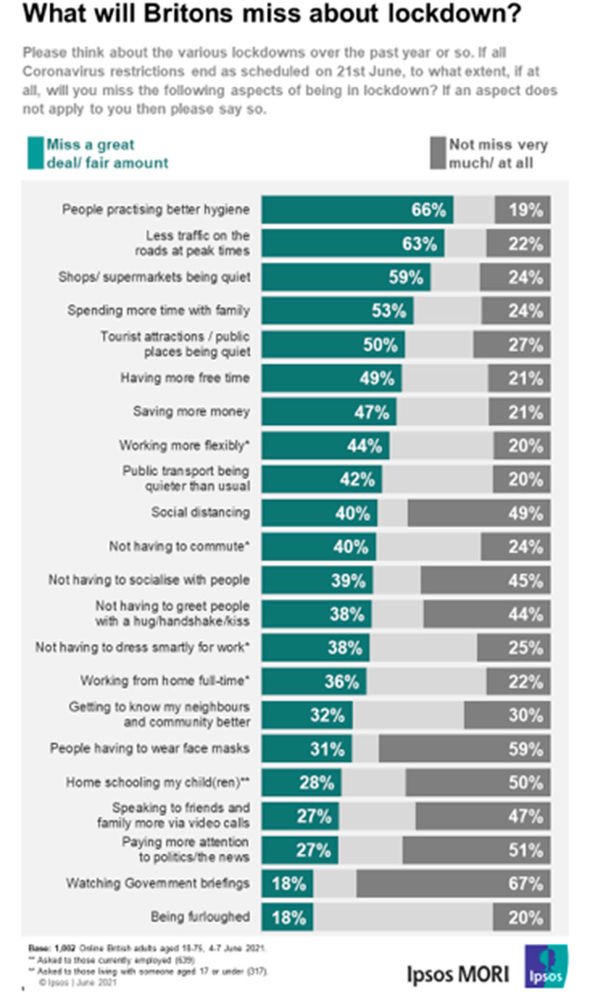 What Britons will not miss (Image: )

“There are also implications for the future of work, with the opportunity to work flexibly and from home, to dress informally, and cut out the commute clearly appealing to a number of workers. But there is very clearly one aspect of the pandemic that people won’t miss – and that is the burden of having to pay more attention to politics, the news, and keeping up-to-date with the latest on the virus.

“One key aspect of getting back to normal for many Britons will simply be just not having to think about these issues as much any more.”

Coronation Street fans call for Evelyn to be next PM