Last week, the outgoing Labour leader claimed the huge financial packages created by the current Government proved his general election arguments were correct. Supporting Mr Corbyn, the Shadow Business Secretary said his comments had been proved right. Although Mr Corbyn was accused of political point-scoring at the time of crisis, Ms Long-Bailey said the ambitious spending policies in their manifesto have been vindicated.

However, despite the support for Mr Corbyn from the leadership hopeful, Express.co.uk readers insisted the Opposition should be supporting the Government during the crisis.

Mary Baker said: "Good job we have Boris and his team.

"Labour should be supporting the government in this very difficult time."

Brian Cowie said: "This lot have just shown their true colours for the last time. 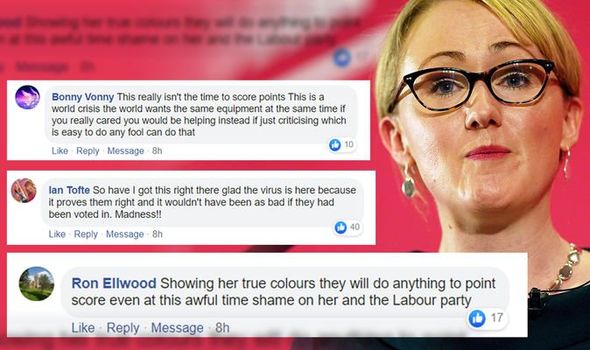 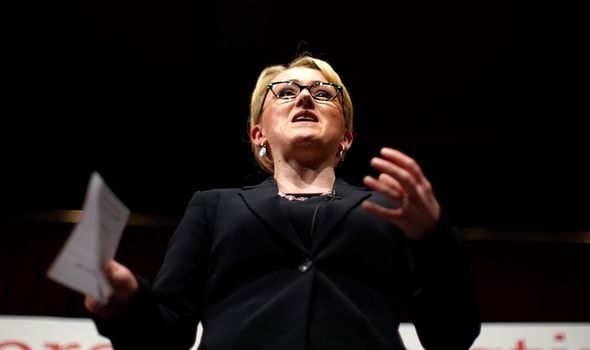 "No one is interested in politics in this country as is the world is in unchartered territory at the moment.

"Listen to the government do as you are told and this country will win through."

Another person said: "This really isn't the time to score points

"This is a world crisis the world wants the same equipment at the same time if you really cared you would be helping instead if just criticising which is easy to do any fool can do that." 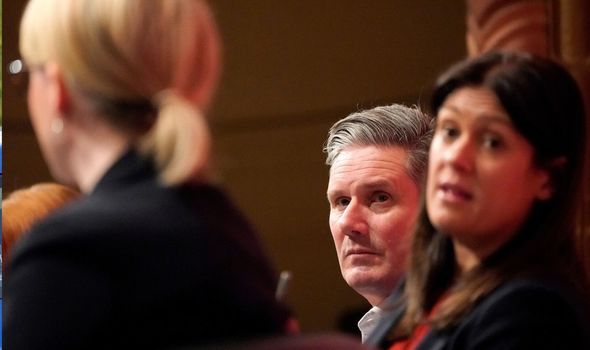 A fourth person said: "They haven't learned a thing.

"Same message, the only message they know."

He said: "I didn't think that it would take only three months for me to be proved absolutely right by the amount of money Government is prepared to put in and Parliament has just voted through, to deal with the coronavirus crisis." 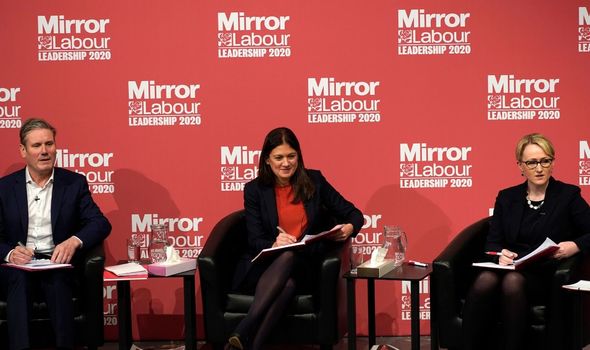 Labour: The winner will be announced on April 4 (Image: GETTY)

The new Labour will be announced on April 4 in tandem with the deputy leader.

It has emerged the party had asked the candidates to record acceptance speeches by Wednesday.

However, one of the contestants told the Observer: "The first thing they wanted to do was announce it with us all in a Zoom call which was never going to work.

“Then they came up with the idea of us all recording victory speeches in advance which is just completely ridiculous. 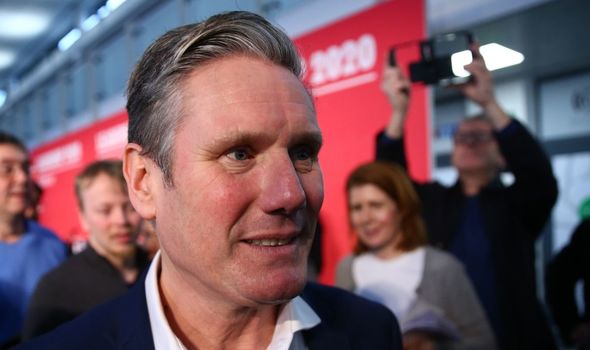 "Imagine what would happen if anyone of these recordings got into the public domain, with us laying out our plans for the future and saying how wonderful it felt to have won.

"The unrealistic nature of it all just about sums up the last five years.”

Gareth bale: I Don't understand why many people are concerned that I play Golf. This perception was created by the media
Kuyt will change his Lawyer in Feyenoord in the summer of 2021
AZ asked UEFA to cancel the KNVB's decision to allocate places in the Champions League from the Netherlands
Bacary Sagna: Arsenal underestimated yourself. We lost in crucial games, perhaps because of the pressure on ourselves
Scotland's Livingston is holding a vote on Twitter about extending the goalkeeper's contract
Ibrahimovic escaped serious injury. The Achilles tendon is not damaged
Allegri is ready to go back to work. PSG and Manchester United were Interested in him
Source https://www.express.co.uk/news/uk/1262031/Rebecca-long-bailey-Jeremy-corbyn-labour-leadership-contest-coronavirus?utm_source=feedburner&utm_medium=feed&utm_campaign=Feed%3A+daily-express-news-showbiz+%28Express+%3A%3A+News+%2F+Showbiz+Feed%29

Kate has 'ruthless survival streak' and 'now speaks like the Queen'

China is going to Mars in July

Husband ‘murdered wife by throwing cobra at her as she slept’