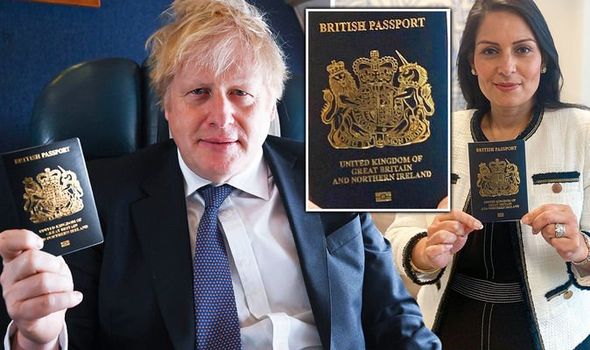 The revamped passport is one of the most symbolic changes to herald Britain’s future outside the EU after Brexit. Prime Minister Boris Johnson and Home Secretary Priti Patel brandished copies as they landed on their desks yesterday.

Miss Patel said adopting the “iconic” design will mean passports were "once again be entwined with our national identity".

“Leaving the European Union gave us a unique opportunity to restore our national identity and forge a new path in the world,” she said.

“By returning to the iconic blue and gold design, the British passport will once again be entwined with our national identity and I cannot wait to travel on one.”

The burgundy document approved by Brussels caused upset among Eurosceptics when it was introduced in 1988.

Brussels later floated plans to remove the Queen's crest to make it more European and to end use of the phrase “Her Britannic Majesty” in the documents. 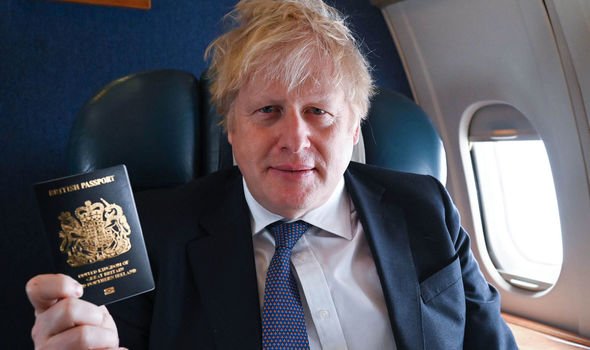 Passport applicants will be able to get their hands on the new version early next month and by summer all travellers will be issued with the design.

The blue cover marks a return to the original appearance of the British passport, first used in 1921.

As well as the colour change, the back cover of the new passports will now feature embossed floral emblems of England, Northern Ireland, Scotland and Wales.

But the blue document also has green credentials because the greenhouse gas emissions generated in the manufacturing process will be offset through green projects, such as tree planting. 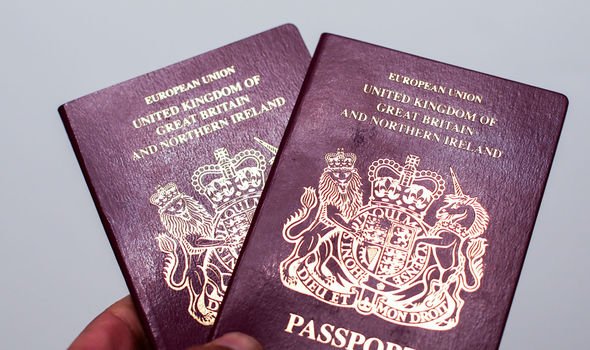 No more burgundy EU passports for us (Image: Dinendra Haria/SOPA Images/LightRocket via Getty )

It will also be the most technologically advanced British passport that has been produced, with tough new security measures including extra protections for the personal information held on the electronic chip and more secure printing to make it harder to forge.

The contract to produce the passports was controversially awarded to French firm Thales, but the documents will continue to be personalised with the holder's details in the UK to stop personal information leaving the country.

Burgundy passport holders will be able to continue to use them until the document expires, meaning some will be travelling on the old-style design until 2030.

The EU design was introduced to harmonise designs across member states.

How should civil society respond to Covid-19?

Newcastle Falcons will return to the Premiership as RFU confirm promotion