Brexit LIVE: At LAST they get it! Arch-Remainers ABANDON plans to stop Brexit

Sir Ed accepted the Lib Dems “can’t stop Brexit now” but would continue to oppose Britain’s departure from the EU and insisted: “We believe that history will prove us right.”  He admitted many voters failed to understand Lib Dem Brexit policy, which stated that if it won a majority it would revoke Article 50, but would continue to support a second referendum if it did not.

He said: “One of the issues may well have been how it was presented, because in all realistic scenarios we were a People’s Vote party.

“The revoke position was actually much more marginal than I think people were hearing.

“So we do need to look at it. But I think there were other issues that were playing badly on the doorsteps.” 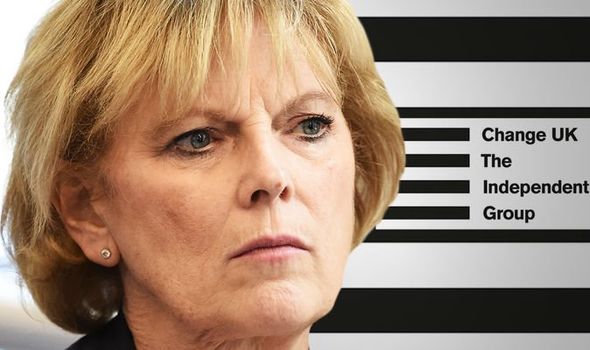 Every MP who joined party after jumping ship from Labour and the Conservatives over Brexit also lost their seats.

Sir Ed, favourite to replace Ms Swinson as leader, said the party must “ensure it is not seen as a one-message-only party” after relying too heavily on its anti-Brexit platform.

SCROLL DOWN FOR BREXIT LIVE UPDATES

9.55am update: Thornberry calls for Corbyn Brexit advisers to be sacked

Labour leadership hopeful Emily Thornberry has called for Jeremy Corbyn’s advisers to be sacked in the wake of the party’s general election meltdown.

She said: “In 2017 Jeremy was authentic, he spoke clearly, he spoke truthfully, people liked it.

“And what was the difference between 2017 and 2019? I think it was that we had been triangulating on the issue of Brexit, so people weren’t quite sure where we were.

“I think we had other issues like antisemitism, like our response to Salisbury, where I think that Jeremy was just very badly advised.

“And too often we saw a situation where advisers felt that they were more important and should have more of a steer, in terms of where the Labour party was going, than the elected politicians. And that’s not right.” 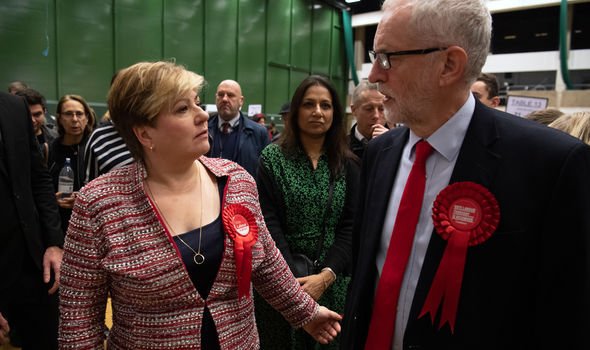 9.20am update: Sturgeon steps up demands for post-Brexit IndyRef2

Nicola Sturgeon has demanded the right to hold a post-Brexit referendum on Scottish independence.

Speaking just over a month before Britain leaves the EU, Ms Sturgeon said she had won a mandate to call for a fresh independence vote after winning 47 of the 59 seats in Scotland in last week’s election, 11 more than in 2017.

The first minister published a document called “Scotland’s Right to Choose”, demanding Britain’s parliament transfer the power to Scotland’s devolved parliament to authorise a new referendum, setting the stage for a constitutional stand-off.

It is ultimately up to Westminster to decide whether Scotland can hold a new referendum, and Mr Johnson’s government has repeatedly said it will reject any demand for another vote.

Ms Sturgeon said: “There is a clear mandate for this nation to have the power to decide its own future. 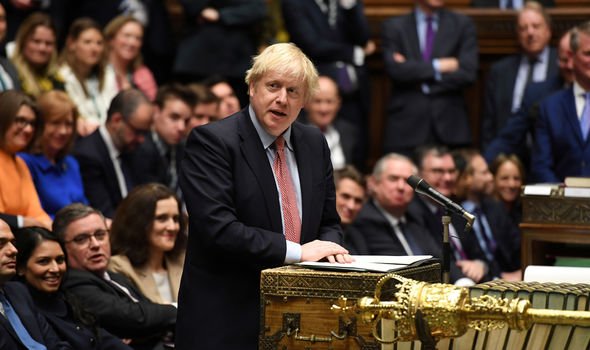 9am update: Boris Johnson to set out Brexit plans in Queen’s Speech

Boris Johnson will set out how he plans to honour his election pledges to get Brexit done in today’s Queen’s Speech.

The Prime Minister, who won over many traditional supporters of the main opposition Labour Party in northern and central England, has proclaimed he will lead a "people's government" and will move to fulfil his pledge to "get Brexit done".

The Queen's Speech will include new legislation needed to implement the future relationship Johnson has promised to agree with the EU by the end of 2020. He plans to pass the laws needed to finalise the divorce agreement by January 31.

8.32am update: Hogan warns no deal Brexit would ”rub salt” into the wounds

EU trade commissioner Phil Hogan has warned a no deal Brexit would ”rub salt” into the wounds of a divided UK.

Mr Hogan will be the EU’s chief trade negotiator when talks with Britain to strike a deal kick off in February.

Mr Hogan said a good Brexit deal could unify Britain but warned no deal could “rub salt” into the UK’s wounds of division. 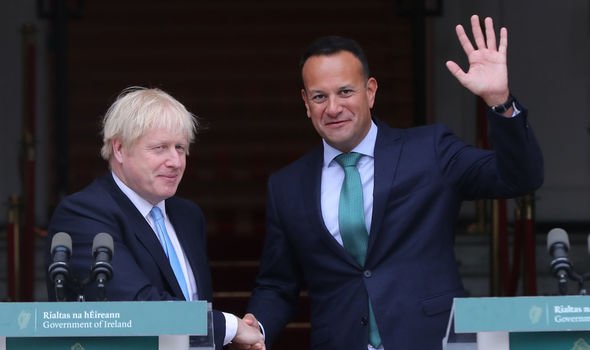 8.08am update: Varadkar describes Boris as a “bit eccentric”

Leo Varadkar has described Boris Johnson as a bit eccentric but insisted he is not a "little Englander".

The Irish premier said he felt it was "probably a good thing" that his UK counterpart was not a standard politician.

He told Virgin Media One TV: "He is the guy that you see, he's bright, he's witty, very personable, but he is a bit eccentric as well.

“He's not the standard politician but that's probably a good thing on balance."

The Taoiseach was asked whether he believed Mr Johnson was actually a Europhile at heart, and not a Eurosceptic.

He said: “That's not under our control. My job as Taoiseach is to make sure we navigate Ireland through this new situation and that we stay at the heart of Europe but also that we have a good relationship with our nearest neighbour, because that's crucial for economic reasons but also because of Northern Ireland." 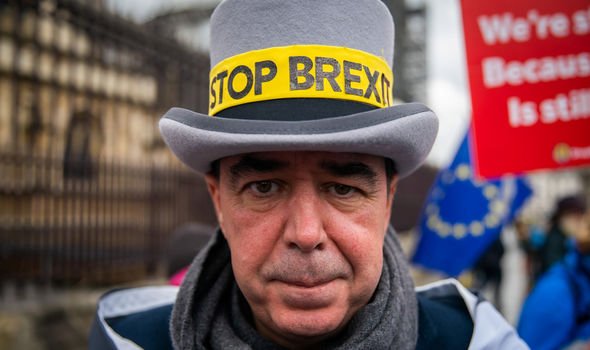 7.30am update: “Stop Brexit Man” hangs up his megaphone

The 50-year-old “Stop Brexit Man” has decided to bring an end to his daily protests outside Parliament following Boris Johnson’s election win.

The campaigner, who wears a Union Jack cape and an EU top hat, became a familiar sight on Westminster’s College Green, where television news crews film their reports.

Mr Bray, from Port Talbot, Wales, has been stationed outside the House of Commons since September 5 2017.