From April, this subsidy will be available to help cover the cost of installing heat pumps with lower carbon emissions. Kwasi Kwarteng, Business and Energy Secretary, said that the grants will go towards making the new technology behind heat pumps more affordable.

Mr Kwarteng said: "As the technology improves and costs plummet over the next decade, we expect low-carbon heating systems will become the obvious, affordable choice for consumers.”

He added: “Through our new grant scheme, we will ensure people are able to choose a more efficient alternative in the meantime.”

An air source heat pump currently can range in price from between £6,000 and triple that figure.

This all depends on factors such as the type of pump you install, and the size of your home.

READ MORE: Fossil fuel crisis MAPPED: The 9 countries that use the most energy 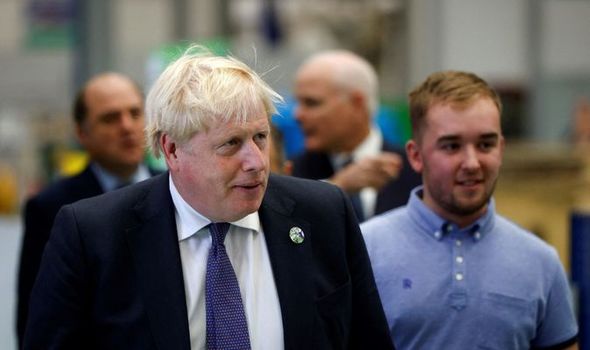 Mr Johnson is going to give homeowners in England and Wales up to £5,000 (Image: Getty) 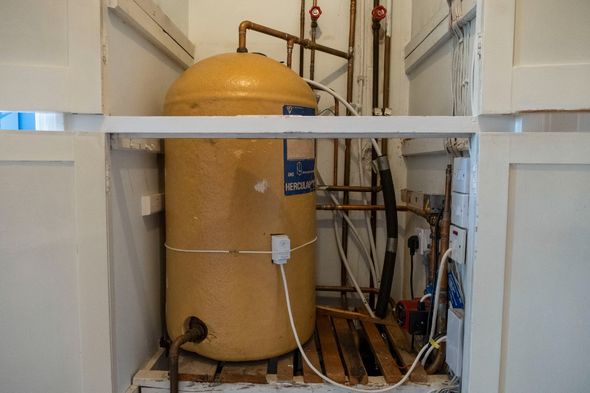 From April, this subsidy will be available to help cover the cost of installing heat pumps (Image: Getty)

For the moment, homeowners are not required to remove or replace any boiler still in fine working order, the Government has stated.

Heat pumps and low-carbon technology are recommended where an older boiler requires upgrading.

This is the latest part of the Government’s drive towards achieving ‘net zero’ carbon emissions by 2050.

It also precedes the highly-anticipated climate change conference, COP26, which will take place next month in Glasgow. 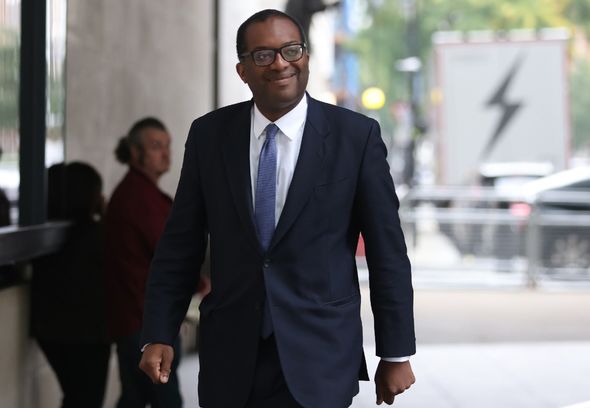 Just under £4billion of funding has been made available to reduce carbon emissions from heating in residential homes.

From 2036, gas boilers will no longer be available to buy, and approximately one fifth of the UK’s overall emissions are related to heating buildings.

Experts have criticised the Government’s plan for not going far enough to achieve this net zero target.

The UK Committee on Climate Change said in June that “minimal progress” had been made in the last few years to reduce carbon emissions from homes and invest in well-insulated buildings.

DON'T MISS:
ULEZ Map: Is YOUR home within the ultra Low Emission zone? Your rig...[MAP]
Should England bring in vaccine passports? VOTE HERE [POLL]
Energy bills: Underfloor heating could save you around ‘£125 a year’ [INSIGHT] 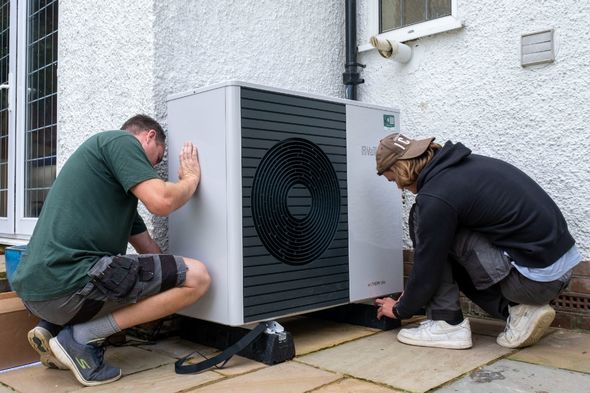 This is the latest part of the Government’s drive towards achieving ‘net zero’ carbon emissions (Image: Getty)

This comes ahead of the Government’s announcement of how the UK will curb its reliance on fossil fuels amidst increasing social pressure to embrace low-carbon strategies.

This also follows weeks of protests from the eco-campaign group Insulate Britain, which blocked key motorway junctions around London to leverage the Government into insulating all UK homes.

The campaign group, which is an offshoot of Extinction Rebellion, demanded the Government commit to insulating all homes by 2030.

They want a “legally-binding national plan” to make all UK homes low energy by this date, and focus on what they see as the Government’s responsibility to insulate all social housing within four years.

The protesters targeted junctions along the M1, M25 and the M4 motorways, and busy roads within London.

Footage has emerged of irate motorists dragging the protesters from the road after significant delays to travel.

Politicians also condemned the tactics used by the group to raise awareness of climate change action.

Insulate Britain has stopped these protests for the time being, saying that their campaign of “civil resistance” will be halted in the run-up to COP26.

LIVE: Road closed off both ways due to 'building fire' - latest updates

Coronavirus: LIVE updates as masks become compulsory in supermarkets and on public transport

Britney review: A masterclass in turning trauma into joy