BORIS Johnson has been warned that delaying 'freedom day' will be "extremely damaging" - as a top adviser urges him to "let us live with Covid."

The PM is preparing to tell Brits stage four in his roadmap out of lockdown will be delayed by a month amid surging cases fuelled by the Indian mutation, now known as the Delta variant.

But Professor Robert Dingwall, who sits on a series of coronavirus advisory committees, says now is the time to lift restrictions.

And he's told Mr Johnson it's time to press ahead with the original plan - which would mean all legal limits on social contact end on June 21.

Speaking to the Telegraph, Prof Dingwall said: “It is extremely damaging to business confidence, the economy, morale - especially since there isn’t really a clear justification for it.

"What we are seeing is the beginning of what endemic Covid looks like and we should be unlocking and living with that.

“I have been saying for 10 days now the only thing that would persuade me [not to lift restrictions] is a significant increase in intensive care admissions, and that is not happening.”

It's reported that Mr Johnson will tell Brits on Monday that there will be no further easing - despite the runaway success of the jabs rollout.

It means pubs will likely be restricted to table service, with the return of propping up the bar still some way off.

There has been huge concern across hospitality, with some warning 300,000 jobs are at risk as a result of an £87billion loss during the course of the pandemic.

Even London mayor Sadiq Khan - who has argued for lockdowns - has written to the PM to warn the capital is "at risk of catastrophic collapse" if social distancing doesn't come to an end.

The British Beer & Pub Association said trade was 20 per cent lower as a result of restrictions that require customers to be served at tables.

It estimates that one in 20 pubs has stayed shut even after drinking indoors returned in May.

Under the original roadmap, that cap would have been lifted on June 21.

Gigs and clubs would be threatened, as the current rules allow for capacity limits of 50 per cent - or 1,000 maximum - indoors.

Up to 10,000 fans are currently allowed at the largest outdoor arenas, while smaller venues are restricted to 4,000 spectators or 50 per cent capacity.

Pilot test events appeared to show no evidence Covid was being spread at outdoor events and fans have been allowed at Wembley for the Euro championships as part of the pilot project.

However, if the Government decides to keep restrictions in place, it could have a huge impact on matches.

The Sun reported yesterday that the PM will delay freedom day to July 19 after cases of the mutant Indian strain exploded by 240 per cent in just a week.

Under plans announced on Monday, a two-week review will be included - meaning Covid restrictions could be dropped on July 5 if hospitalisations stay down.

But multiple sources said the chances of lifting restrictions as planned on June 21 were close to zero.

Whitehall sources involved in the planning point to the fact that all UK adults will have been offered at least one jab by the end of July, with a short delay considered far better than having to U-turn and reintroduce restrictions.

One source said: “The last thing they need is a hokey cokey of in out, in out of restrictions.

How will the roadmap unfold?

July 5 - Boris Johnson will review and assess the data as part of his 'two-week break clause'. Restrictions could be eased partially or fully if data is positive

“No one wants to go backwards, and we have to get this right first go.”

The delay will be used to work out if the vaccine rollout really means rising cases numbers do not spark a surge in hospitalisations - and it will allow millions more people to be double jabbed.

Under the changes expected to be announced, social distancing rules and the rule-of-six are set to remain in place. 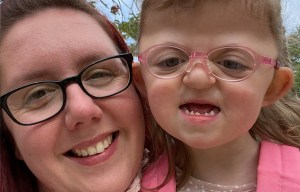 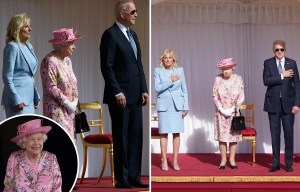 However, patient numbers have grown at a much slower pace than cases – meaning it's likely the vaccines are currently working to save lives.

Just six per cent of all Delta variant infections were in people who had both jabs.

More than half of the 42 deaths due to the mutation were in unvaccinated Brits.