ALL eyes were on PM Boris Johnson tonight as pressure builds over a second national coronavirus lockdown.

In a televised speech the PM has ordered pubs to close at 10pm, so here's everything else you need to know.

What has Boris Johnson announced?

The PM has announced a 10pm curfew on pubs, restaurants and other hospitality venues in England.

The restrictions will come into force on Thursday and are designed to slow the spread of coronavirus, and mean that hospitality venues will have to offer table service.

As part of a new package of measures, Mr Johnson has also announced an increase of enforcement measures to ensure people are obeying 'the rule of six'.

Along with this, he has announced a return to working from home as he looks to avoid the need for a second full lockdown.

Chief medic Chris Witty and chief scientist Sir Patrick Vallance warned on September 21 that the UK could see 50,000 coronavirus cases a day in just three weeks and deaths could soar by thousands if the bug continues to spread at its current rate.

An official estimate also shows that new infections and hospital admissions are doubling every seven to eight days in the UK.

There are fears the UK risks following the Covid-19 trajectory in other countries in Europe such as France where infections tipped the scales again on Saturday, September 19, with nearly 13,500 new infections in 24 hours.

Mr Johnson has announced fines of up to £10,000 for people in England who break new rules requiring them to self-isolate if they have been in contact with someone infected with Covid-19.

The rule comes into effect on September 28.

Do I have to work from home?

Boris Johnson has said that office workers who can work from home should now do so if they can.

People in key public services and those unable to work from home should continue to go into work.

Michael Gove told Sky News this morning: "If it is possible for people to work from home then we would encourage them to do so."

He later told the BBC that they could stay in the office if they thought it was a "safe, covid-secure" workplace, and "you should be there if your job requires it".

Are pubs, bars and restaurants closing?

Pubs, bars and restaurants will remain open but will have to close at 10pm each night from Thursday.

They must also operate table service only, except for takeaways.

The measure is being introduced to prevent breaches of social distancing due to the consumption of alcohol.

When do I have to wear a face mask?

Face coverings are already mandatory on public transport, but anyone travelling in taxis will have to cover up from Thursday.

Both staff and customers in bars and restaurants will also have to wear face coverings, except when sitting at a table to eat or drink.

Under 11s don't have to wear them.

What are the new rules on weddings?

The maximum number of people able to attend a wedding has been cut by half from 30 to 15 from Monday.

Up to 30 people can still attend a funeral.

Can I still play five-a-side football?

No, indoor sport will no longer be exempt from the rule of six.

All indoor games involving more than six adults will be banned from Thursday.

Will I be fined for breaking the rules?

Failing to wear a face mask or breaking the rule of six will now land you with a £200 fine for a first offence.

The PM has already introduced fines of up to £10,000 for those who fail to self-isolate.

More police will also be out on the streets to ensure people are following the rules.

When did Boris Johnson last address the nation and what did he say?

On September 9, in his first No 10 press conference since July, Boris Johnson addressed the nation to announce new measures to tackle the virus.

He announced the introduction of rule of six in England from Monday (September 14).

He said: "You must not meet socially in groups of more than six – and if you do, you will be breaking the law.

"This will apply in any setting, indoors or outdoors, at home or in the pub.

"The ban will be set out in law and it will be enforced by the police – anyone breaking the rules risks being dispersed, fined and possibly arrested." 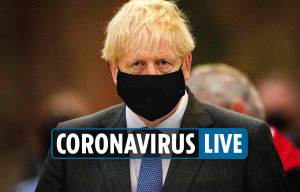 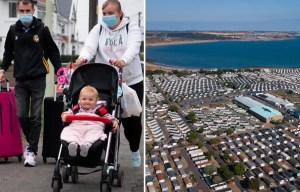 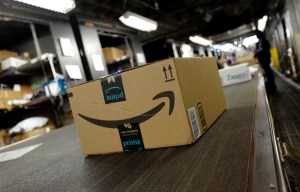 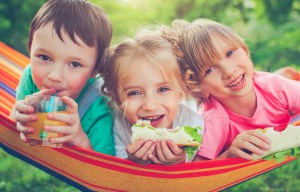 The PM added: "This single measure replaces both the existing ban on gatherings of more than 30 and the current guidance on allowing two households to meet indoors. Now you only need to remember the rule of six."

Limited exemptions were also outlined - for example, "if a single household or support bubble is larger than six, they can still gather".

He added: "Covid-secure venues like places of worship, gyms, restaurants and hospitality venues can still hold more than six people in total.

"Within those venues however, there must not be individual groups larger than six, and groups must not mix socially or form larger groups.

"Education and work settings are unaffected, Covid-secure weddings and funerals can go ahead, up to a limit of 30 people, and organised sport will still be able to proceed."

Two warring club are tired of the greyness, came together and changed the Danish football. This is the path of Midtjylland - now he is in the Champions League
Hakimi had contracted the coronavirus. Inter will play Borussia Gladbach today
Manchester United's debt increased by 133% in the 2019/20 season, while revenues fell by 19%. Loss - 23.2 million pounds
Liverpool, Manchester United, Real Madrid are preparing the European Premier League project. It seems that everything is serious now: they are supported by FIFA
Lampard on Cech in the Premier League bid: it will be good for Our goalkeepers to train with one of the best goalkeepers. He is relatively young
Coach Salzburg had a problem with being an American. And I came up with a game style while watching the Princeton rowers
Ozil on not being included in Arsenal's Premier League bid: Very disappointed. Loyalty is rare today
Source https://www.thesun.co.uk/news/12718987/boris-johnson-speech-what-did-he-say/

Man arrested on suspicion of murder after Goodmayes stabbing

Drink driver hit speeds of 140mph on the M62

Police officer attacked after responding to report of man with knife

Princess Diana and the BBC Panorama interview that changed everything: Why was it so controversial?

When supermarkets will release Christmas delivery slots for 2020

Brexit trade talks to restart after both sides promise concessions

Princess Diana’s BBC Panorama interview went down in royal history - but what did the public learn?

Tori Spelling opens up about being bullied over her appearance while on 90210: 'I used to hate my eyes'

Bar has to shut in week before lockdown after virus outbreak

Borat Subsequent Moviefilm review: Jaw-dropping exposé will be one the most talked-about films of the year

The Witches review: Anne Hathaway is exquisitely watchable in this Roald Dahl classic

Review: Borat is back, and this time he fits right in

The Chop: Father of contestant still alive - after he said 88 Nazi symbol was tribute to year he died

Earth could be seen by alien civilisations on nearby exoplanets, scientists find

Billie Eilish has been body shamed and Ashley Graham isn’t allowed to call herself ‘big’, so what are women to do?

CDC official who made early warning about coronavirus silenced by Trump, documentary reveals

'I never felt like I was good enough': Panel of young people open up about poor body image as part of government inquiry

Who is Janey Godley? Meet the Scots comic who had us in stitches during lockdown

Next up in hunt for COVID-19 vaccine: Testing shots in kids