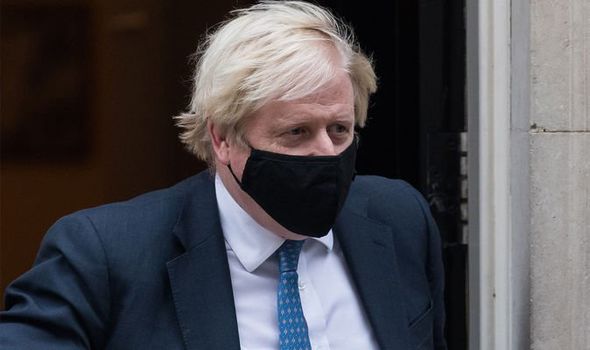 Boris Johnson faces a censure motion in the Commons this afternoon (Image: PA)
Sign up for FREE now and never miss the top politics stories again

The Scottish National Party has tabled a motion to say they have no confidence in the Prime Minister after his "disastrous actions".

They are using an Opposition Day debate to force a vote on his performance since entering No10.

At the weekend the SNP's leader in Westminster, Ian Blackford, said his party had forced the vote to "act as the real opposition" as he accused Labour of failing to hold the Conservatives to account.

He told a virtual party conference: "As much as it might be tempting to keep poking fun at a Prime Minister who is forever producing an omnibus of omnishambles – there is also something deeply worrying about what is happening.

"I think all of us have a sense of just how damaging and dangerous it is that chaotic governance now defines Downing Street.

"That would be bad enough in normal times, but it is unforgivable in the middle of a pandemic.

"Because let’s be clear, what we are all now witness to is a Prime Minister who is - day by day – deeper and deeper out of his depth.

"It was previously said that the Prime Minister’s office was no place for a novice.

"Well, it is no place for a negligent either."

Denial of responsibility! The World News is a platform for publishing news. Any user can add any publication. In each material the author and a hyperlink to the primary source are specified. All trademarks belong to their rightful owners, all materials to their authors. If you are the owner of the content and do not want us to publish your materials, please contact us by email [email protected]theworldnews.net. The content will be deleted within 24 hours.

Who are the government whips and what is their role in parliament?

4 found dead in blizzard in Canada near US border

A year of President Joe Biden: Join our expert panel as they discuss Biden’s first 12 months in office

Covid-19: Which coronavirus rules are changing across the UK?

Spoilt Prince Andrew made me run up four flights of stairs to shut curtains while he sat next to them, says former maid

I was accused of battering woman to death with breeze block & sentenced to 25yrs – but I didn’t do it, says Ian Bailey

I’m proud to be a 27-year-old virgin and have a crush on Karren Brady and Lord Sugar, says The Apprentice’s Navid

Nightclubs on track to reopen by end of month in Wales, says First Minister

Kentucky congressman against mandates says he has COVID-19

Lanarkshire locals enjoy getting out and about to nature reserves