CHRISTMAS is over, lockdown drags on, and you may have put on a few pounds - yes, it's Blue Monday.

All of these factors combined are a perfect storm for the day believed to be the most depressing of the year.

The purported day of gloom is Monday, January 18.

The date is generally reported as falling on the third Monday in January, but can also be on the second or fourth Monday, or even the Monday of the last week of January.

It came about after Dr Cliff Arnall was asked to work out the most depressing day of the year.

What is Blue Monday?

It is calculated using a series of factors in a (not particularly scientific) mathematical formula.

The factors are: the weather, debt level (specifically, the difference between debt and our ability to pay), the amount of time since Christmas, time since failing our New Year's resolutions, low motivational levels and the feeling of a need to take charge of the situation.

It was originally conceived by a PR company but has now become an annual event.

Sometimes a good film makes for a brilliant mood-booster. Kyle Entwistle, Film Content Manager at Vue Entertainment has put together a top 10 list of feel good films that are sure to make you feel less gloomy.

So many great lines and a true depiction of friendship

One of the greatest romance films in the history of cinema. Intelligent, passionate and unmissable

Guaranteed to make you cry within the first heartbreaking 10 minutes, Up will having you sobbing with joy by the end

Not only one of the greatest films of all time, but a truly life-affirming tale of hope

A classic in the true sense, Poppins fills you with joy, from the smile that’s impossible to wipe off your face down to your toe-tapping feet

The greatest underdog story in cinematic history, prepare to shout and pump your fist for the Italian Stallion

The kind of film you wish you could watch for the first time again and again, Jack Nicholson is simply brilliant in this lovely dramedy

A brilliant depiction of love and friendship, there is no better rom-com than When Harry Met Sally

You must see this offering from Pixar! The tale of a boy who enters the Land of the Dead to find his great-great-grandfather, Coco is guaranteed to fill you with joy and happiness.

What can you do about Blue Monday?

Exercise, starting an activity you've wanted to do for ages and enjoying time with loved ones all help to banish the winter blues.

Personal trainer Andy Ward advises that exercise is a great tonic to feeling down, and it's best to avoid binge-eating and shunning your mates.

He said: "Squeeze in 30 minutes of exercise, it could be a fast walk, a light jog, a relaxing swim, or an intense HIIT class - just move for thirty minutes to feel the benefits.

“There are dozens of different fitness classes available. January is a great time to take up new hobbies.”

If you don't feel like getting active on the day itself you may want to book something to take your mind off it, even if it's something as simple as enjoying a home movie night.

However, if you are struggling with feelings of depression over a long period you should speak to your doctor, or a trusted family member or friend. For guidance please click here.

Why don't some people like the idea of Blue Monday?

Mental health charity Mind is derisive of the notion of Blue Monday, claiming the concept has no foundation in scientific research.

A statement on their websites says: "Here at Mind, we think it’s dangerously misleading.

"Those of us who live with depression know that those feelings aren’t dictated by the date. 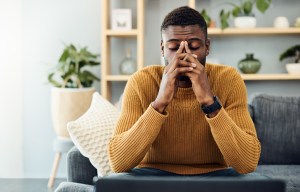 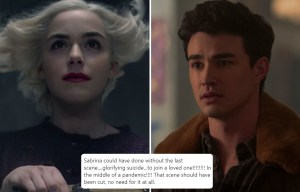 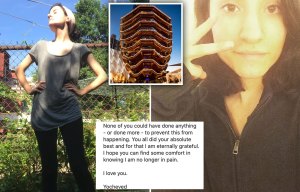 What does a semi-colon tattoo mean and how is it associated to mental health? 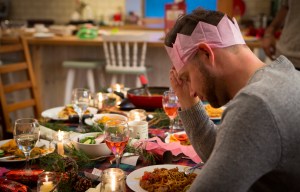 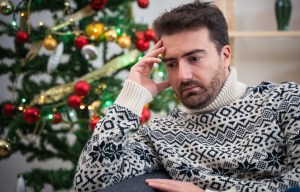 GET IT OFF YOUR CHEST

"Implying that they are perpetuates the myth that depression is just 'feeling a bit down', something that doesn’t need to be taken seriously."

Mind’s Head of Information Stephen Buckley said: “Blue Monday contributes to damaging misconceptions about depression and trivialises an illness that can be life threatening. "

Multiple branches of the Samaritans charity across the UK are aiming to turn Blue Monday into Brew Monday, offering a brew and a chat at events across the country, the Samaritans helpline is free to call every day of the year.

If you, or anyone you know, needs help dealing with mental health problems the Samaritans can be contacted on 116 123, or visit Mind’s website.

Coach of Zagreb: In the matches with Krasnodar, we showed how good we are. Only the implementation needs to be worked on
Ole Gunnar Solskjaer: Manchester United are waiting for three important weeks, matches with Chelsea, Leicester. We are confident in ourselves
Gattuso on Granada: If Napoli were killing time like this, we would have been smeared in the press
Dzeko is Roma's top scorer in European competitions. He scored the 29th goal and beat Totti
Mikel Arteta: We got to give them two goals. Would hate to fly out of the Europa League
Milan kicked 18 penalties for the season. This is the best result in the top 5 leagues in Europe
Man City can offer Borussia more than 100 million pounds for Holand and Reina. The club is exploring this possibility (90min)
Source https://www.thesun.co.uk/news/2549098/blue-monday-what-depressing-day/

‘Taiwan has always been the same’: Indigenous artists are reclaiming the island’s cultural heritage

A ‘roadmap’ or a ‘strategic framework’? Boris Johnson and Nicola Sturgeon know that language matters in politics