BILLIE Eilish looks unrecognizable with her new blond hair and retro cream sweater as she shares a new photo on Instagram.

The Ocean Eyes singer has been fully embracing the lighter side of life ever since she went platinum and ditched her usual black and green look.

Sharing the photo with her 81.6million Instagram followers, Billie captioned the snap: “things are comingggg”

Wearing a cute cream sweater and with her hair styled into a bouncy blowdry, the teenager looked a world away from her usual grunge look.

Fans of the multi award-winning artist were quick to comment on the star’s new image with many saying she looked “older” than her 19 years.

One wrote: “Sis why do you look like my great aunt 😭”

Another joked about her change of look: “You look like a mom here. lol anyways adopt me.”

“Nanny Eilish someone get her she competing with my grandma,” said another.

However there were many followers who were loving her new hair and outfit, calling her “stunning,” “beautiful,” and “incredible.”

It’s not the first time a photo of Billie’s blond hair broke the internet. When she revealed her new ’do on March 17 the singer set a new record with one million likes in six minutes.

Billie later admitted on TikTok that she'd in fact been wearing a wig for "like two months" before unveiling the snap – which now has over 22million likes.

This past December Billie announced to her fans a plan to change her appearance and begin a "new era" of her musical career.

Her new documentary Billie Eilish: The World’s A Little Blurry marked the starting point of the next phase of her profession.

This was not the first time the Lovely singer has switched her hair color.

When she rose to fame in 2018, she sported a silver-purple shade, then moving to a deep blue color later that summer.

In April of 2019, she went darker, and in July of that year, she added the signature lime green to the top of her head.

This style she kept for some time, though has since made the choice for a fresh start.

Billie was born blonde, and has now returned to her natural platinum hue.

The international star first reached fame at 13-years-old, and in the last six years has reached prolific milestones with 58 overall wins under her belt including seven Grammy awards.

In her documentary she told the cameras that life has not been easy for her as such a young starlet.

“To be honest with you, I never thought I’d make it to this age. 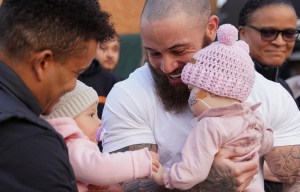 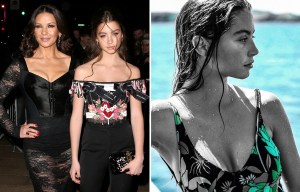 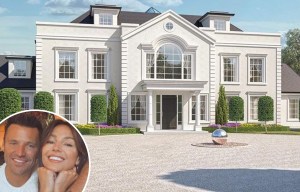 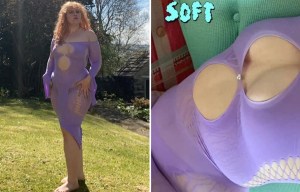 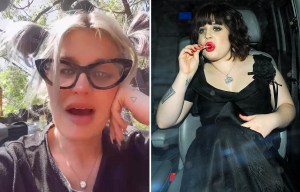 In her early teen years, she admitted to hiding razors in the house to “make herself bleed.

“I thought I deserved it," she confessed.

The incredible talent still lives with her parents Maggie Baird, an actress and screenwriter, and Patrick O’Connell, a construction worker.