Queen Elizabeth II, 95, will celebrate her Platinum Jubilee in 2022 as she marks an historic 70 years on the throne. Britain’s longest serving monarch lost her husband, Prince Philip, in April of this year as he passed away at Windsor Castle aged 99. Buckingham Palace has confirmed the Queen’s nationwide Platinum Jubilee celebrations will feature several senior royals. William and Kate, the Duke and Duchess of Cambridge, will be among high-profile members of the Firm to carry out Jubilee engagements across the UK.

Beatrice and Eugenie are also likely to be called upon to celebrate their grandmother’s historic reign.

The sisters have had their own celebrations recently, with Eugenie and her husband Jack Brooksbank welcoming their first child, a son, August, in February of this year.

The princesses are not working royals, meaning they do not receive the Sovereign Grant from the Queen and must make their own living.

Though not obliged to carry out any royal duties, they often attend special events, such as the Queen’s Diamond Jubilee in 2012.

JUST IN: 'Modest' Kate and William upstage Meghan and Harry with 'masterclass in regal behaviour' 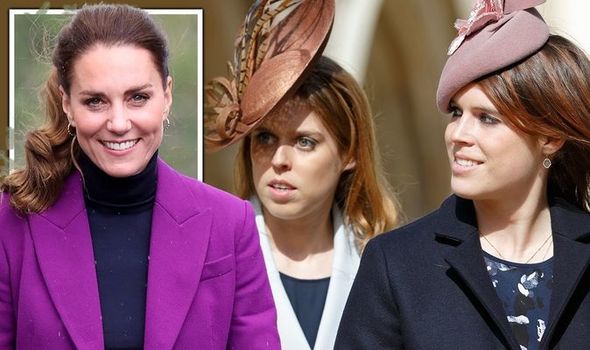 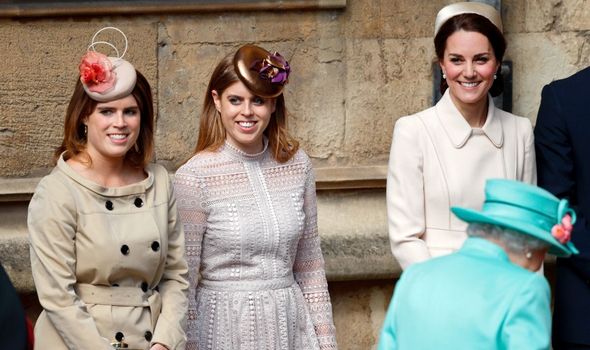 However, unearthed accounts claim the princesses “felt snubbed” by Kate during the celebration of the Queen’s then-60-year reign.

Royal historian and journalist Catherine Ostler, author of ‘The Duchess Countess’, described the allegedly “chilly” relationship between Kate and Beatrice and Eugenie at the time in a column for the Daily Mail in 2016.

She quoted one royal insider as saying: “Royalty is all about pecking order, often in a cruelly blunt sense, and it is Kate who has all the toys and the position.

“Despite being the only young ‘blood Princesses’ (born royal), Beatrice and Eugenie have been reduced to walk-on parts in Royal Family life.

“It particularly hurt when Kate did solo engagements with the Queen during the Diamond Jubilee. They felt snubbed.” 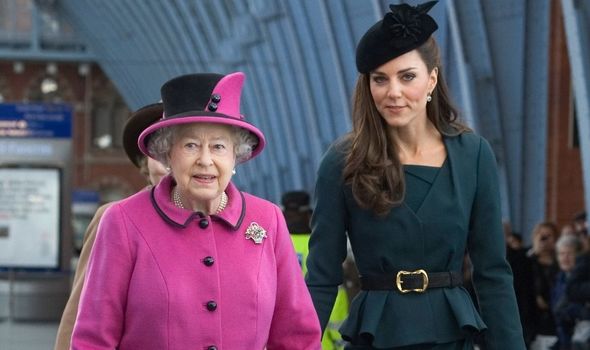 Despite being less than 12 months into her marriage with William, Kate was placed at the centre of the Queen’s Diamond Jubilee celebrations.

The Duchess of Cambridge accompanied the monarch for the launch of her Jubilee tour of the UK.

The pair boarded a train together at St Pancras station in London and travelled to Leicester, where they toured parts of the city.

Kate was also part of the Jubilee Pageant along the River Thames in London, taking to the royal barge with William, the Queen, Prince Charles and other senior royals. 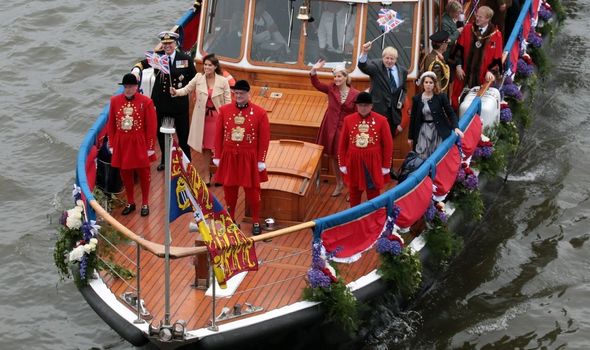 Beatrice and Eugenie were also part of the flotilla of more than 1,000 boats through the capital, although they sailed instead on the former survey vessel, the Havengore.

They were joined by their father Prince Andrew and then-London Mayor Boris Johnson, who was with his wife at the time, Marina Wheeler.

Speaking about the princesses, Ms Ostler’s source added: “Their father sometimes takes up the cudgels on their behalf.

“For example, when they lost their paid-for royal protection officers. 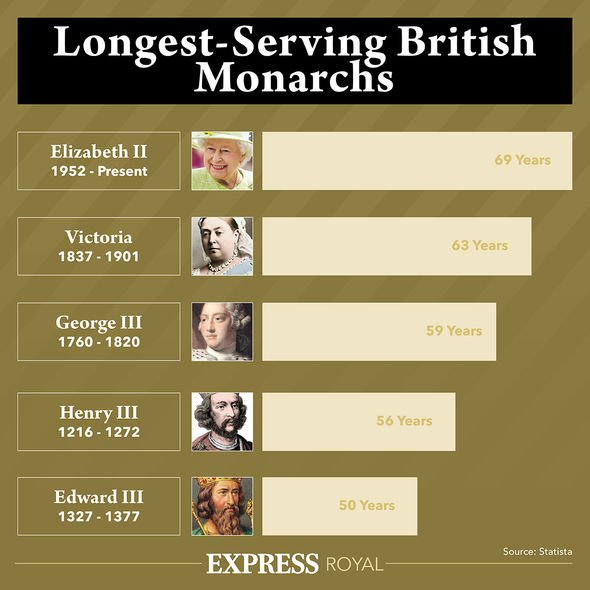 “But while the Queen is too old to make a fuss or rock the boat, Charles remains determined to have a smaller task force, namely himself, his own offspring and their families.”

The exact plans for the Queen’s Platinum Jubilee are yet to be announced but the celebrations will include an extended bank holiday weekend from June 2 to 5.

A special service held for Her Majesty at St Paul’s Cathedral and a concert put on by the BBC at Buckingham Palace will be among the other events to honour her 70-year reign.