A parody of Claude Monet’s impressionist water lilies painting by popular street artist Banksy has been sold at auction for more than £7.5m.

The piece, entitled Show Me the Monet, was auctioned for significantly more than its estimated price of between £3.5m and £5m.

Show Me the Monet recreates one of Monet’s most famous paintings, adding an abandoned shopping trolley and traffic cones into a natural scene.

The auction took place in London at Sotheby’s on Wednesday (21 October), fetching a total of £7,551,600. Five collectors vied for the artwork, in a bidding war lasting around nine minutes.

Sotheby’s European head of contemporary art Alex Branczik said of the painting : “In one of his most important paintings, Banksy has taken Monet’s iconic depiction of the Japanese bridge in the Impressionist master’s famous garden at Giverny and transformed it into a modern-day fly-tipping spot. 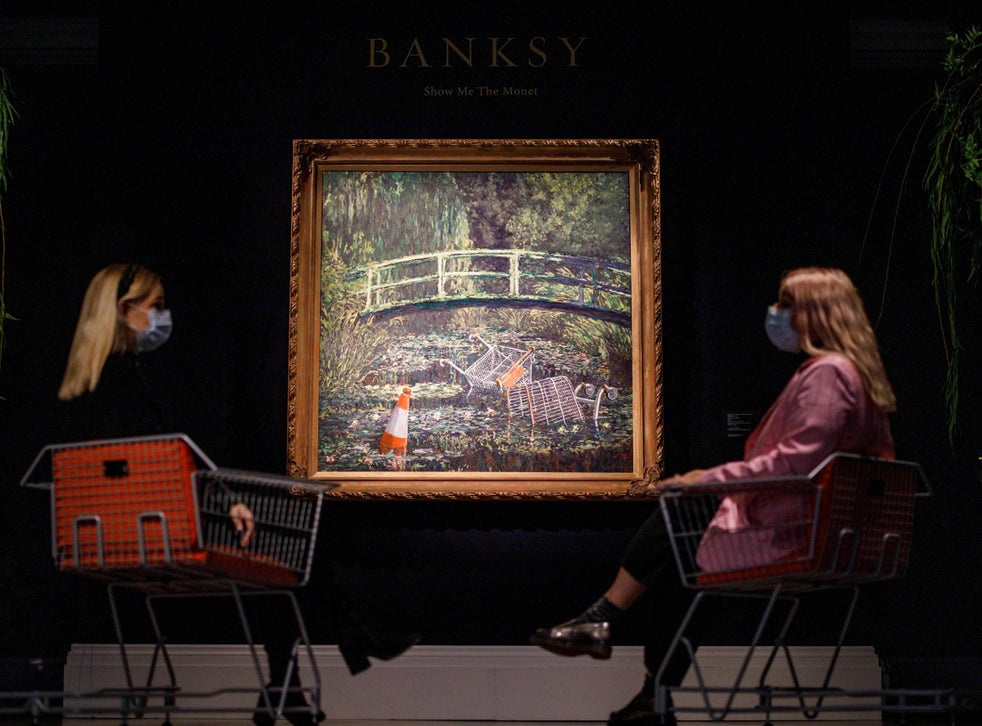 “More canal than idyllic lily pond, Banksy litters Monet’s composition with discarded shopping trollies and a fluorescent orange traffic cone. Ever prescient as a voice of protest and social dissent, here Banksy shines a light on society’s disregard for the environment in favour of the wasteful excesses of consumerism.”

The piece is now the second-most expensive Banksy artwork ever, behind Devolved Parliament, a painting which depicted government ministers as chimpanzees.

Show Me the Monet is part of a series by the enigmatic Banksy. Entitled Crude Oil, the series seeks to reimagine various canonical paintings, adding contemporarily satirical spins.

Negredo scored for Barcelona after a mistake by Langle. Clement could not take the ball after an out, Ter Stegen did not have time to knock out
Kick It Out about whistling to players who took a knee in the championship: Applaud for ignoring hate speech
Flick about 3:3 with Leipzig: Crazy game. It is important that Bayern did not lose
Dybala has not scored any points in this season's Serie A, he has played 6 matches
Giroud has 6 goals in his last 4 games. He has scored in his last 6 games in Chelsea's Premier League start
Solskjaer Pro 3:1 with West ham: Very happy with the game. Manchester United is getting more stable
Marcus Rashford: Manchester United will win more with more dry matches
Source https://www.independent.co.uk/arts-entertainment/art/news/banksy-show-me-the-monet-auction-artwork-price-b1220336.html