THE Bachelor Matt James and girlfriend Rachael Kirkconnell ride on a motorcycle together through New York City after getting back together.

Matt, 29, and Rachael, 24, were spotted outside of the Golden Goose sneaker store in SoHo.

Rachael was in the Big Apple because she was getting her luxury sneakers customized.

After Matt fixed her earring, the couple then hopped onto their electric ride before driving off across the streets.

The two appeared to be on good terms since their recent trip to Raleigh, North Carolina.

In the Instagram story, the on-and-off-again couple was arguing over fast food during the car ride.

Rachael said: "You didn’t ask if I wanted anything."

He then asked Rachael if she wanted something from their next stop.

Back in May, the two were pictured as they were cozying up in The Hamptons on Memorial Day.

Matt and Rachael decided to give their relationship once more chance as the TV personalities shared the news back in April.

The former couple had broken up for a brief period of time during March.

At the end of the twenty-fifth season of The Bachelor, Matt picked Rachael over Michelle Young, 27, in the final rose ceremony.

However, Matt canceled his final date with Rachael because he needed "the time to address the troubling information that has come to light since we wrapped filming."

The two had broken up in February after photos surfaced of Rachael attending an Old South Antebellum party in college, an event that glorified the confederate nation at the time of slavery.

Rachael's cousin Anastasia exclusively spoke to The Sun and insisted that she is "not racist," but also admitted the photos are "hard to defend."

During the After the Final Rose ceremony, Matt confirmed their split and stated: "If you don't understand that something like that is problematic in 2018, there's a lot of me that you won't understand. It's as simple as that.” 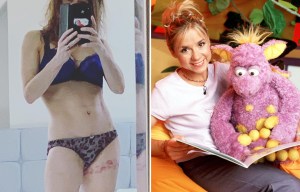 The Bachelor contestant told her followers on Instagram, “If you are in my comments or anywhere defending me or telling people that I did nothing wrong or that there is nothing to be hurt or offended about, please stop.

“That’s not our place to tell people what they can and can’t be offended about. That's wrong and that’s part of the problem so stop saying I did nothing wrong, that’s not true.