BACHELOR alums Victoria Fuller and Chris Soules are reportedly officially an item after quarantining together at his Iowa home.

The 26-year-old ex of Peter Weber, 28, hinted she began dating the farmer when she posted a picture in April inside of his Arlington house.

“Farm life,” she gushed alongside the shot where she is laid across a coffee table in a bronze dress.

After months of teasing fans, an insider confirmed to Us Weekly that the couple is now “exclusively dating.”

Victoria has reportedly spent most of her lockdown with her new man besides Memorial Day weekend, where she visited Kelsey Weier.

The reality contestants both appeared on Pilot Pete’s season of the ABC franchise and the former Miss Iowa 2017 lives just a couple hours away from "Prince Farming", 38, in Des Moines.

“[Victoria] is still quarantining with him in Iowa,” the source revealed, adding that she is now back with the TV personality.

According to the outlet, the pair began dating in early April after “Chris slid into Victoria’s DMs.”

“He apparently DMs a lot of people,” the insider confessed.

Peter, 28, sent the drama starter home on the show after they shared an overnight date in the Fantasy Suites.

Bachelor Nation last saw Victoria on stage during the Women Tell All episode in March.

She had to defend herself after she was accused of being a “homewrecker” by an ex-friend from her hometown.

The model told host, Chris Harrison: “That was extremely frustrating to me.

Her time on The Bachelor was also plagued with controversy when it was discovered that she had modeled White Lives Matter fashion and had been arrested in 2017 for a DUI.

Similarly to his new girlfriend, Chris also has had his run in with the law.

In April 2017, Chris was arrested and charged for leaving the scene after he rear-ended Kenneth Mosher.

The reality star left before he could give police a statement and the victim later passed away. 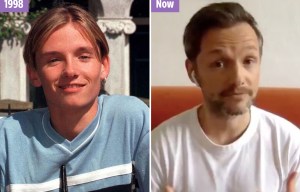 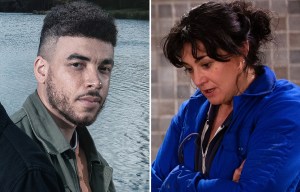 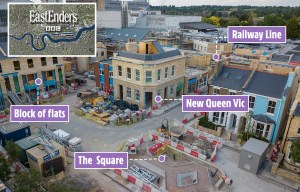 EastEnders fans spot ‘clue’ Chantelle will be ‘killed off’ by Gray 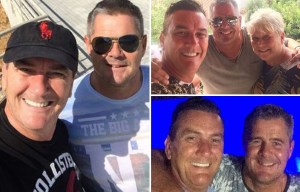 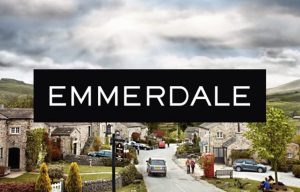 He was sentenced to two years probation after he pleaded guilty on August 23, 2019.

In 2014, Chris became The Bachelor during season 19 of the show after having his heart broken by former Bachelorette Andi Dorfman.

He gave the final rose to Whitney Bischoff but the two announced they had called off their engagement on May 28, 2015.

Setien on if Barcelona don't win La Liga: I bear a share of responsibility, but not all of it
Joan Laporta: if I were Xavi, I would never go to Barca under this management
Bayern, Atletico and Everton are Interested in Zaa
Joan Laporta: Messi is the best in history. We must create appropriate conditions for it
Mourinho on Bergwein in reserve: Klopp, Pep and Lampard you ask such questions
Solskjaer on Pogba: he's been great since the restart. When Paul plays like this, you can't help but include him in the lineup
Alisson: the points Record was not Liverpool's goal. We are still Champions
Source https://www.thesun.co.uk/tvandshowbiz/11734117/bachelor-chris-soules-victoria-fuller-peter-webers-dating/

Another night of smashed windscreens and slashed tyres in Swansea

Coronavirus figures for every area in Cumbria on Thursday, July 16