A BABY girl has had her second mouth - complete with lips, teeth and tongue - removed in a groundbreaking operation.

The six-month-old tot is just one of 35 people since 1990 known to have suffered from Diprosopus, which causes duplication of some facial features.

Doctors first spotted the abnormality at week 28 of pregnancy - and at first thought it to be a possible cyst or tumour.

However, when the little girl was born in Charleston, South Carolina, medics discovered the 0.8-inch object was actually a second mouth.

Writing in the journal BMJ Case Reports, the doctors said her second mouth had no connection to her main mouth, and that she could breathe, eat and drink normally.

However, they added that it would sometimes produce a clear liquid - possibly saliva - and at times a raw surface would appear around it.

The little girl was admitted for major surgery to have the extra organ removed.

This involved drilling down on her lower jaw, known as the mandible, to remove extra bone supporting teeth for the second mouth.

The medics pointed out that after the operation, the youngster developed some mild fullness of the right face at the surgical incision.

A scan was performed, revealing 'a fluid collection,' the doctors said in their paper.

They said: "The fullness resolved over several months and she did not require further treatment.

ALSO known as diprosopus, the Greek for "two faces", craniofacial duplication is a very rare disorder.

It is a congenital defect, that causes duplication of some facial features.

A baby born with the condition will have a single body, normal limbs but facial features that are duplicated to varying degrees.

In more mild cases, a baby may have two noses and four eyes that are spaced far apart.

But in extreme cases, a baby's entire face could be duplicated.

In many cases babies can lack a brain, and have severe heart defects.

Most infants diagnosed with diprosopus are stillborn, and there are fewer than 50 cases reported across the world.

"At the six-month follow-up, the incisions were well-healed and the patient was feeding without difficulty."

Despite this, the doctors also noted she was unable to move the right lower lip downwards, which could mean muscles in that area are no longer working.

Diprosopus, the Greek for "two faces", is a very rare disorder which has also been recorded in chickens, sheep, cats and other animals.

Scientists say it is caused by the Sonic the Hedgehog (SHH) gene which alters the formation of the skull.

Prostitute who earns £2,000 a week reveals the average penis size ... and how much she enjoys work

THE BOY WITH TWO FACES 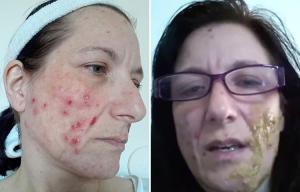 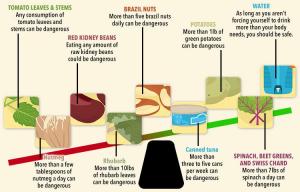 TOO MUCH OF A GOOD THING

From spinach to tuna, these 9 foods are TOXIC if you overindulge - but how much is too much? 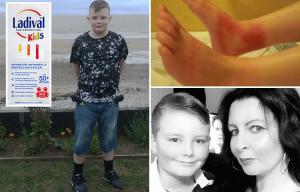 Boy, 13, so allergic to the sun he couldn't sit near a window is 'cured by £20 sun cream' - and it can help ease eczema AND prickly heat too

Use tin foil on your BBQ? Here’s a very serious reason why you shouldn't 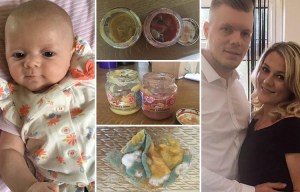 'there could be loads of mouldy jars'

From STIs to chafing, what your itchy testicles REALLY mean (and when you should be worried)

A boy, from Missouri, USA, previously stunned medics after being born with a large cleft, two separate nostrils and an abnormally shaped head.

Doctors old Tres Johnson's parents Brandy and Joshua that their son was unlikely to survive at almost every stage of his life.

However, he defied the odds to celebrate his 13th birthday - following multiple operations to reshape his skull.

Sarri before Sassuolo: They are following the path of Atalanta. Juve must be prepared to endure
Again, we admire Atalanta: we threw 6 Brescia, scored 26 goals more than Juve, Pasalic has more goals in the spring than in Spartak
Rashford will become an honorary doctor of the University of Manchester. Before him, Ferguson and Charlton received degrees
Barcelona have made a request for 20-year-old Tottenham midfielder Sessegnon
Napoli offered 50 million euros and bonuses for Osimhen. The deal may include Unas
Pep on Klopp and Mourinho's words about FFP: If they want to talk, they have my number. We're in the clear
Belotti agrees to move to Fiorentina. Torino asks for 70 million euros for him
Source https://www.thesun.co.uk/news/11735305/baby-girl-second-mouth-lips-teeth-tongue-removed/

As Scotland's pubs reopen, here's some outfit inspiration for your first visit

Loch Ness: How to see the world's most famous body of water

Who is Love Island Australia’s Grant Crapp and who’s his real girlfriend?